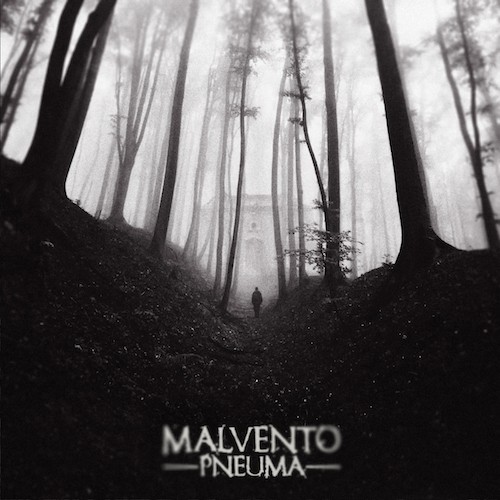 As we all know quite well by now, black metal has blossomed over the decades like a spreading tangle of thorn trees, and now cuts the skin in many different ways. As that pestilential growth has occurred, the Italian band Malvento have persisted and pursued their own evolution of sound across the space of three albums and a handful of shorter releases dating back to their Camera Prima demo in 1999. And now, seven years after their last album, 2010’s Oscuro Esperimento Contro Natura, they are returning with a new full-length under the banner of Third I Rex.

The new album is entitled Pneuma, and from that album we bring you a track aptly named “La Via Sinistra“, as well as the reprise of a previously released track, “L’Incanto“. Together, these songs provide clear signs of the black magic that Malvento have conjured for this new release. 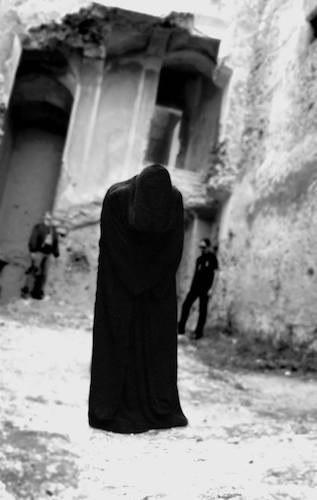 Some black metal rips and ravages, but not so this music. It is nevertheless ominous, occult, mind-altering, and chilling right down to the marrow of the bones. Horror dwells within these sounds like a curse.

Even in the opening moments of “La Via Sinistra“, Malvento begin draw that shroud of horror down like a black veil, as ghostly notes reverberate over an executioner’s methodical drum march to the killing ground, the words voiced in rasping, gasping tones. Still stately in its pacing and still shaded with supernatural peril, the music becomes much heavier, torturous, and doomed. Long, gloomy chords moan and groan, accompanied by goblin-like growls, and at the end eerie keyboard tones ping and ring, echoing like chimes.

That previously released track is also well worth your time. Presented in the form of a video, “L’Incanto” is equally chilling and spectral, casting a shivering spell made of shimmering keyboard accents and an unsettling guitar melody over the methodical pound and clatter of the drums. As it unfolds, Malvento ratchet the tension and the purulence of the music, the riffing becoming more demented, the drums hammering harder, everything feeling more hallucinatory. And then the tension breaks, the rhythm changing to a slow death-rocking cadence, settimg the stage for a dreamlike guitar melody that proves to be mesmerizing.

These are only two of the nine fascinating but terrifying tracks encompassed by Pneuma. The full list is below, followed by pre-order and social media links.

3 Responses to “AN NCS PREMIERE: MALVENTO — “LA VIA SINISTRA””