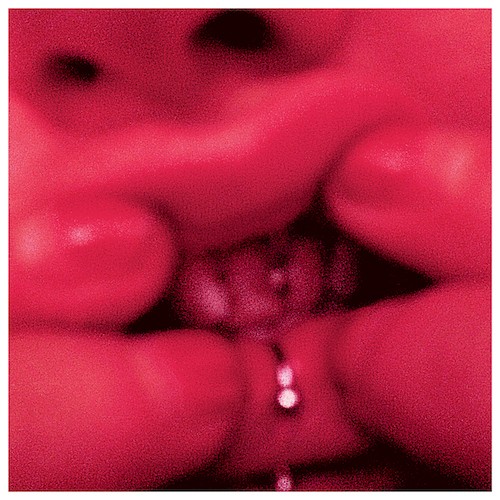 You’re about to have the chance to hear a full stream of Guilty Pleasures, the fourth album by the French underground band Jessica93 in advance of its November 3 release by MusicFearSatan and Teenage Menopause.

I nearly didn’t agree to host this premiere, despite how hard the album hooked me. It’s pretty far away from the varieties of extreme metal that are our bread and butter, and the vocals are entirely clean, which always generates confusion among those who take us at our word when they see the site’s name.

But then I thought, if someone as musically tunnel-visioned as I am can get enthusiastic about this music, maybe the same will be true of others who usually come here to get their skulls fractured and their brains purified by flamethrowers. And in fact I do think there are aspects of the music that are likely to appeal to segments of metal fandom. Besides, you’d have to be the victim of a C4 cervical fracture not to reflexively move to these songs. 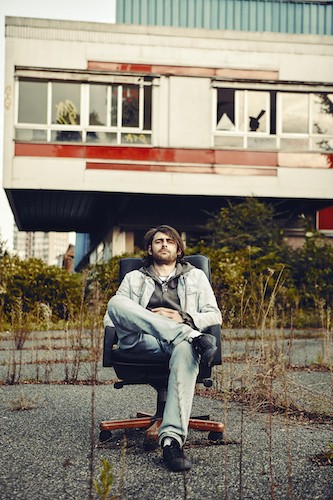 This actually isn’t the first time I’ve written about Jessica93. The first time was two years ago when I included some songs off two of the band’s earlier albums in an article devoted to “exceptions to our rule”. As I explained then, decades ago I was a big fan of post-punk, especially the more depressive varieties of it, and although I pretty much left that behind when I got into metal, I do still have a nostalgic attraction to the style. That’s one of the reasons I’ve become such a fan of the album you’re about to hear — though not the only reason.

But first things first: For those of you who aren’t familiar with Jessica93, it’s the solo work of a musician and singer from the north of Paris named Geoffroy Laporte. In an interview I found, he explained that the band’s name was a combination of the name his parents would have given him had he been born a girl and the number of the Parisian district where he was born, “where all the hiphop gangsters are hanging out”. As was true of the preceding three albums, he performed the vocals and all the instruments on this album (with the aid of a drum machine) — though he has now also assembled a live line-up.

Although post-punk is a key stylistic component of the music, shoegaze and coldwave are also often named as ingredients (though I don’t have much experience with those terms), and I hear the influence of Nirvana in some of the tracks as well. The songs aren’t convoluted, but they’re built around primally compelling rhythms, beautifully layered guitar parts, and magnetically attractive — though very dark — melodies. And Laporte’s voice, which recalls the sound of classic post-punk and new-wave groups, straddles a changing line between gloom and vibrancy.

The music itself straddles changing lines as well, like the midnight adrenaline rush of coming alive on mean streets, but trailed by the shadow of your awareness that the sun will bring another shitty morning and another boot on your neck, and the conviction that all sanctuaries are temporary.

“R.I.P. In Peace”, with its battering, bouncing, compulsive drum beat and a bounding, bubbling bass presence, is an immediately head-moving way to begin the album. The grungy, fevered riffing and stuttering, winding lead guitar, capped by a spiraling, upward-arcing solo, add to the song’s infectious energy. Yet there’s an emotional aura of bleakness around the music, which is never completely banished before you reach the album’s end — and sometimes it becomes even more dominating.

“Mental Institution” includes a scintillating, siren-like lead, and although there’s an edge of delirium in the sound, there’s something about the music that soars, that feels free, that captures those pools of star-bright street light on grimy night-dark sidewalks — while the agonized discordance of “Venus Flytrap” makes the mind squirm at the same time as the syncopated drive makes the head move.

Things get even more intense with “Anti Cafard 2000”. The lead riff impersonates the sound of frayed nerves and fracturing sanity, but it also includes a convulsively body-moving bass solo and a searing lead guitar refrain as well.

The bass is an equal partner in the instrumental composition of all the songs, but its big, dirty sound is especially prominent in the opening of “French Bashing”, paired with a gut-thumping drum rhythm. Even with beautifully layered guitar parts and a trippy supernova of a solo, it continues to grind away at the pavement in your brain.

“Bed Bugs” might be the gloomiest and most disorienting track on the album. Slow and hallucinatory, with a weird, shimmering melody, it grows heavier and heavier and increasingly beclouded, like the splintered imaginings of a shivering mind in a lightless alley, with a switchblade poised over a wrist.

The songs are arranged in a way that gives the album a dynamic flow, and so right after “Bed Bugs” you get a bone-breaker. The title track is driven by a pulverizing beat, destructive bass rumbling, and dissonant riffing. There’s a feeling of mounting friction in that song, and it boils over in a brilliant wailing solo.

With an album as good as this one, you hope for a strong finish, and “Uncertain To Me” delivers. The driving, pulse-pounding beat of the song is irresistible; effectively layered as ever, the guitar parts pulsate, shimmer, and brutishly grind away with grim determination; and Laporte’s vocals reach crescendos of anguish. You get so locked into the drive of the song that you almost don’t notice that it’s also scraping down the skin of your back like a rasp.

So, not metal, but Guilty Species is damned good in my book, and hopefully will find a favored place in yours as well. If you like what you hear, pre-order via the links below.

One Response to “AN NCS ALBUM PREMIERE (AND A REVIEW): JESSICA93 — “GUILTY SPECIES””