James Fogarty has a long and impressive list of bands and solo projects on his resume, including The Meads of Asphodel, Old Forest, Svartelder, and In the Woods…. But his longest-running project, the one that came first, is Ewigkeit. The first album under that name was Battle Furies, released in November 1997 by the Eldethorn label, and now it’s being released again — but this isn’t a mere reissue. 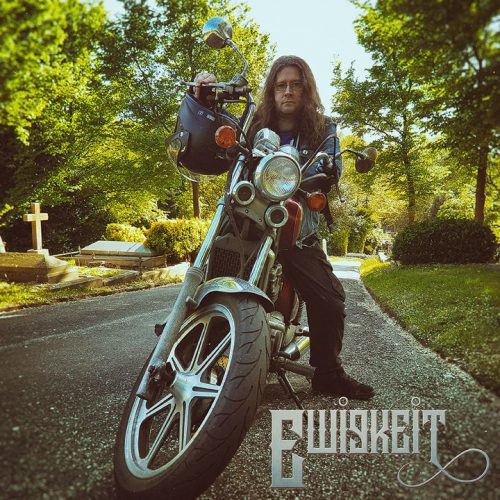 A few days ago I received the news that on December 15 Casus Belli Musica and Beverina will release a completely re-recorded edition of Battle Furies on vinyl. It will have the title Battle Furies 2.017. I then learned that the albm is already available digitally, and that a CD edition will be released on November 1 by Death To Music.

James Fogarty explained the motivation for re-recording the album in these words:

Ewigkeit’s origins are in the tape-trading days of the mid 90’s Black Metal scene, and this ‘new’ album is a rediscovery of those roots. The music is my own interpretation of the keyboard-laden mid-paced Black Metal and atmospheric Death Metal which I had been listening to as a teenager.

This complete re-recording has not been undertaken for commercial reasons – I am simply interested in correcting my past mistakes; these were due to my own naivety of the recording process and a restrictive budget / studio time. The original recordings from 1997 were not something I am proud of at all. My desire to correct these mistakes, alongside my own indulgence in nostalgia, has resulted in the completion of Battle Furies 2.017. It is now an album which I am finally happy with!

I’ve only started exploring the album myself after learning of the re-recording because of the Casus Belli vinyl announcement, but what I’ve heard so far is really good. Below I’ve installed a sampler of music from the album compiled by Casus Belli, as well as a full album stream from Ewigkeit’s Bandcamp.

I first discovered this Norwegian band — whose line-up consists of members of other notable black metal groups — through their second album, Dødsverk. My friend Andy reviewed that album for us, calling it “an incredibly individualistic, unconventionally creative, and unpredictably complex variant on the style” of blackened death metal. He wrote, “In many ways this album reminds me of Emperor’s eternal swansong, Prometheus, in its refusal to be bound by convention or limitation”, “the sort of album that will no doubt have a profound impact on a very special few.”

The band have been at work on a third album, with Andre Kvebek from 1349, From the Vastland, and Pantheon I taking over as lead vocalist and lyricist. They sought funding assistance for a physical release through an indiegogo campaign, which essentially functioned as a pre-order for the vinyl edition, and just a few days ago they met and exceeded their goal.

The new album is named The Weight Of A Thousand Suns and includes fantastic cover art by Kjell Åge Meland. It will be released on February 16, 2018. On Friday, DECIBEL premiered a single named “Insidious“.

Slow, dissonant, and unsettling at first, the music begins to tumble and swirl as a prelude to a clean vocal melody, and then things turn savage. Continuously ebbing and flowing, twisting and turning, the song is a kaleidoscopic, head-spinning trip, but through it all the band weave a cohesive melodic tapestry that sticks in the mind. 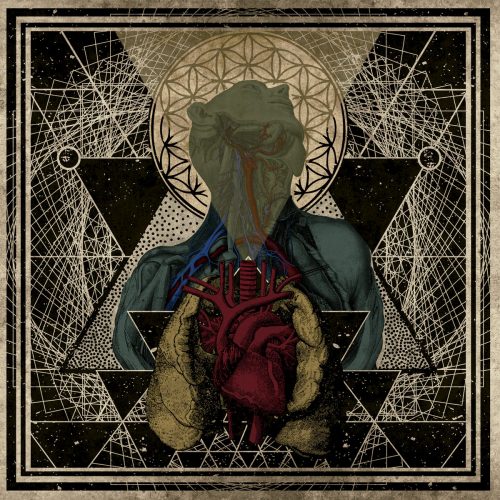 The Colombian band Ignis Haereticum began in about 2004 under the name Demogorgon, changing to their current name in 2007. In 2014 they released their superb debut album Luciferian Gnosis (reviewed at our site here), and their second full-length, Autocognition of Light, will be released on December 1 by Goathorned Productions.

There are six tracks on the album, but it was conceived and written as a unified piece of music, manifesting two steps toward achieving a divine communion — “the purgative way“, which “deals with the active purification of the internal and external senses, the passions, the understanding and the will, through mortification and meditation”, followed by “the illuminative way“, “which is the recognition of ourselves, our nature, the state in which we are aware of our spirituality free of dogmas”. “Here our humanity loses all value and only remains our divine communion with the Light of knowledge, which is none other than the reflection of our own light that dwells in the depths of our consciousness.”

The first track to be revealed from the album is the opener, “Glorious Wounds“. Consistent with the conception of “the purgative way” as a practice of mortification and meditation, there’s a current of violence in the hammering drums, the lashing dissonance of the riffs, and the blood-boiling bestiality of the growled vocals. Yet even in its most fevered minutes the music also has a trance-inducing quality, which becomes even more apparent as the pace slows, the chords ring out with a mystical resonance, and the drone of deep solemn voices can be heard. Amazing. 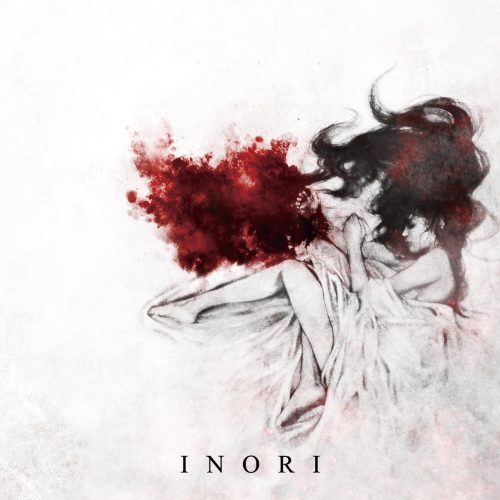 Kanashimi is a one-man Japanese project that I learned about only days ago, thanks to a recommendation from my source of frequent good directions, Miloš. Metal-Archives identifies a debut album in 2009 named Romantik Suicide, followed by an EP and two splits. And just a few days ago Pest Productions released a new album entitled Inori.

This is one of those instances when all I have time to do is suggest one song to you as a preview, and then back away and allow the rest of the album to speak for itself.

“Lost Soul” is the third track on the album, and one (much like the album as a whole) that succeeds in capturing emotionally fracturing anguish yet also delivers heart-rending beauty. The vocals are tortured in the extreme, an absolutely shattering expression of suffering that reaches harrowing crescendos of pain. Meanwhile, the shining keyboard melody reaches heights of effervescence, albeit tinged with melancholy.

As terribly anguished as the music is across the album as a whole, it is suffused with sublime, tear-stained melodies.  But you’ll pay an emotional price to hear them.