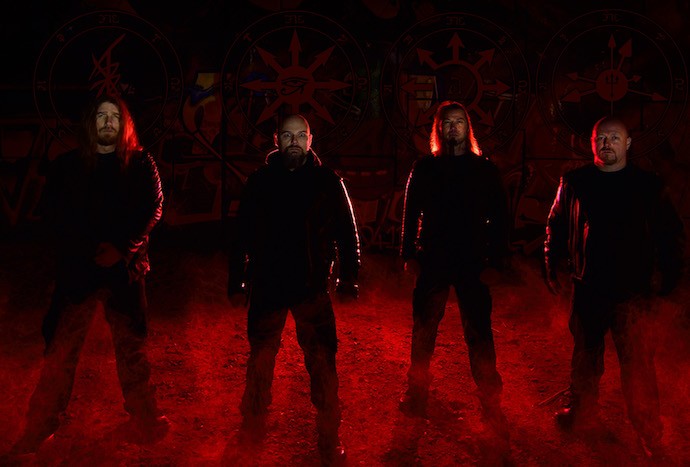 In the early months of this year the Dutch death metal band Neocaesar independently released their debut album 11:11 in a limited pressing of CDs, but since then have teamed up with Dave Rotten’s Xtreme Music label for worldwide distribution and a proper push of the music out onto the radar screens of death metal addicts across the globe. And to aid in that effort in advance of Xtreem’s release on November 27, we’re bringing you a track from the album called “Valhalla Rising“.

For those who may be unfamiliar with Neocaesar, the name may be new but those four men you see up there are veterans. And in fact, all four of them — vocalist Mike van Mastrigt, guitarist Bart van Wallenberg, bassist Michel Alderliefsten, and drummer Eric de Windt — were members of the landmark Dutch death metal band Sinister during the ’90s.

It is thus no coincidence that if you’re a fan of such Sinister albums as Hate, Diabolical Summoning, and Aggressive Measures, 11:11 is gong to bring back fond memories. But at the same time, 11:11 isn’t some weepy nostalgia trip down memory lane — it’s explosively alive and more than capable of holding its own with death metal competitors in the current age. 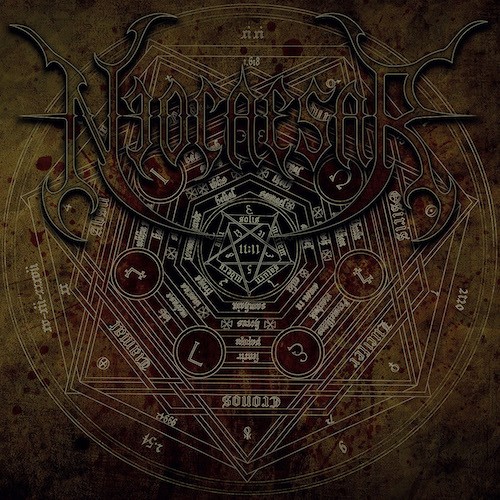 “Valhalla Rising” is a fine example of what 11:11 serves up. It’s a fast-paced and thoroughly ferocious track that crackles with electricity, and one that proves to be highly addictive as well. It pulses and pushes and then hits you with a lead riff that drills away in a kind of rapid, reptilian slithering that exudes a grim and morbid intent. With van Mastrigt delivering the lyrics in a monstrous, gravel-throated roar, Neocaesar shift gears, with van Wallenberg jabbing in a flurry and then later slashing in an insectile, fret-mangling frenzy as de Windt segues into a galloping rhythm. And through it all, Alderliefsten keeps a hammer lock on your own pulse.

In a nutshell, this is a head-hammering, throat-cutting attack, the effect of which is like stepping on a live power line.

Enjoy “Valhalla Rising” below, along with the previously released track, “From Hell“.