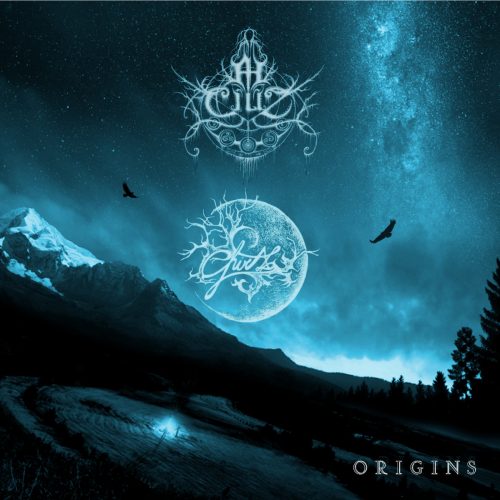 As the seasons change, and the colors of autumn leaves briefly flare like blood and fire, only to be sapped of life and scattered by cold winter winds, it’s not uncommon for our thoughts to turn darker as the days become grayer. Daily tribulations seem magnified, grim memories push back to the surface, reflections on what might have been crowd away hopes of what might be. At such times, some of us search for music that catches these moods, plumbs their depths, and enshrines them in sound with the kind of emotional intensity they require.

And that’s just what Ah Ciliz and Chiral accomplish, each in their own way, on the album-length split we’re premiering today. Named Origins, it will be jointly released on November 6 by two fine labels, Canada’s Hypnotic Dirge Records and Mexico’s Throats Productions. I have some introductory thoughts about each band’s tracks on the split, followed by a stream of all the music.

Both bands could be characterized as purveyors of atmospheric black metal in a depressive vein, and certain similarities in their musical ideas make them fitting companions for a split release. But as you’ll discover, if you don’t already know, they are far from twins, perhaps more like kindred spirits, and their differences, along with their demonstrated talents, make this split a completely absorbing and satisfying experience. 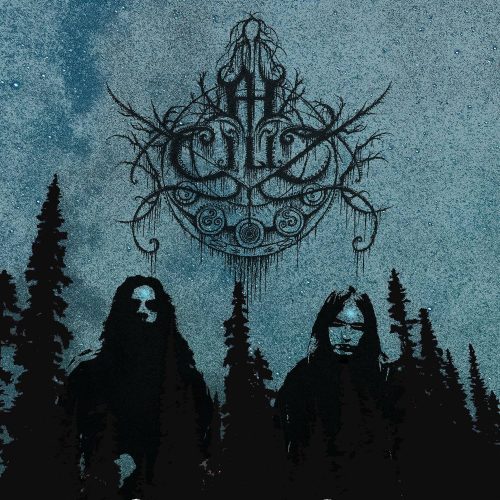 Ah Ciliz has been the solo project of Elmer S. (located on the U.S. west coast), accompanied in the past by a drummer and on this release (according to Metal Archives) by lead vocalist Boris (L’Hiver en Deuil, Marche Funébre, Soul Dissolution). Ah Ciliz has released four albums beginning in 2011, as well as a split with Griefthorn. For this new split, Ah Ciliz contributes three tracks, with lyrical themes that focus on indigenous cultures, nature, and the cosmos.

There are more head-nodding, rocking and rolling rhythms in these songs than blast runs, and more ringing, nearly clean guitar melodies and soaring keyboards than blitzing tremolo harshness. Ah Ciliz melds mystical atmospheres with vibrant emotional intensity, and moves between moods that range from somber wistfulness to soaring triumph. There is loss and longing here as well as fiery intensity, with melodies that are both heart-aching and heart-swelling.

“Cascadia” begins and ends with a bell tolling and the sound of whistling wind, and in between the rhythms change, whirring guitars rise and fall with a melancholy melody or ring out in somber and wistful tones, keyboards soar, and the lyrics are voiced in throat-abrading, rasping roars. It’s a very involving song, and a very infectious one as well.

The second track, “Moonlight In Night Season”, is an instrumental piece introduced by shimmering ambience and the sound of a hooting owl, followed by slow harmonized strumming and a melody that’s sorrowful but beguiling. A sound resembling footfalls through the snow (or perhaps piles of dead leaves) becomes a prelude to a head-nodding drum rhythm and a layering of guitars, synths, and keyboard accents that seems partly bright and partly lonesome.

Ah Ciliz’s skill in layering diverse guitar and keyboard parts to create changing textures is a hallmark of all these tracks, and certainly a strength of the final song, “People of the Stars”. But though the song begins with strumming and picking and a sound like the bowing of a cello, the music surges — jabbing and galloping, rocking and rolling, the vocals reaching heights of incinerating intensity, the whole thing following a fiery arc that seems like a time-lapse sunrise — and yet a chill remains in the air. 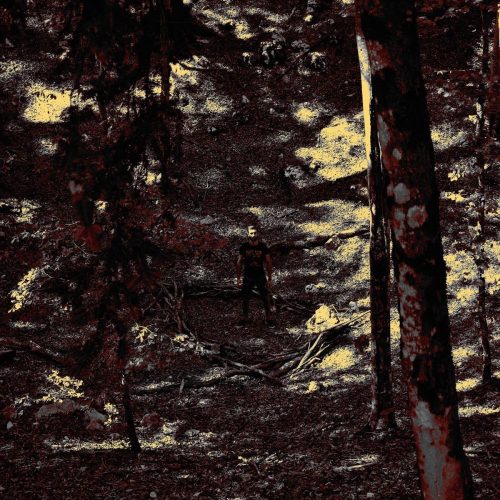 Chiral is a prolific Italian one-man band from the countryside near Piacenza whose impressive music I’ve reviewed and premiered before. This split marks Chiral’s third shorter release his second album in 2016, Gazing Light Eternity.

Of Chiral’s two tracks for this split, the first is a comparatively brief (sub-four-minute) instrumental composition named “A Feeble Glare of Autumn” — although there is a sound that surfaces during the track which resembles the wailing of a ghost — and a monumental 15-minute piece called “Queen of the Setting Sun“.

In both songs Chiral creates an atmosphere of wintry bleakness and depressiveness, but also provides surging, adrenaline-fueled rhythms and lead guitar melodies that are both searing and sweeping. In the shorter track, Chiral also introduces a rippling keyboard melody to accompany its galloping pace… right before the music dramatically changes, transitioning to a slow, mystical, segment of ambient music that beautifully shimmers and shines like an aurora borealis. There is at times a mythic aura about this song, as well as penetrating emotional intensity

As you might expect, there is even more variation in the 15-minute track, which begins with a slow drum rhythm, a strong bass pulse, a layering of guitars, and the emergence of ambient music that creates an ethereal atmosphere, and then erupts in a surge of blasting drums and deep, grinding riffs. A head-snapping snare progression and rumbling double-bass pushes the intensity, augmented by a high, penetrating lead guitar melody and agonized harsh vocals, both shrieking and roaring.

The emotional mood of this movement is both brooding and bereaved, ominous and wrenching — and then everything stops briefly, followed by a middle section in which shimmering synthesizer music moves in slow waves, joined by slow, soulful, reverberating guitar notes. It’s a spellbinding sequence, but one that soon turns much darker as the intensity begins building again. As the drums blast and jolt and gallop, and the guitar leads and ambient music swell, the song reaches an emotionally explosive finale.

For such a long piece, “Queen of the Setting Sun” is really gripping — the time seems to pass much more quickly than you realize, which is a testament to Chiral’s prowess as a songwriter and a performer.

Origins will be released by Hypnotic Dirge Records and Throats Productions digitally and in a 6-panel digipack format limited to 500 copies, which will be shared by the two labels and the bands.