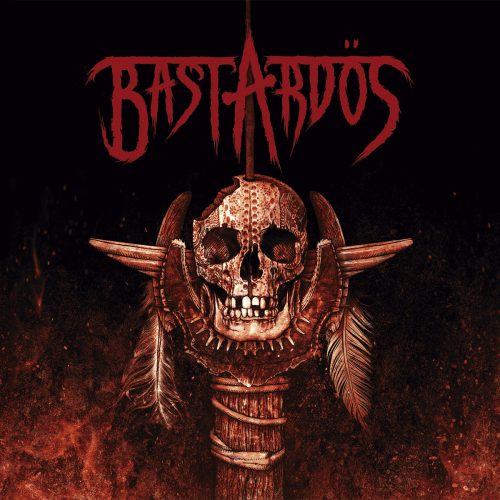 After releasing demos in 2009 and 2011 the Argentinian thrash metal band Bastardös released their self-titled debut album in 2015. That album is now about to be re-issued (on November 24) by GrimmDistribution (Belarus) and Morbid Skull Records (El Salvador), and today we bring you a song from the album called “Apocalipsis Thrash“.

To get straight to the point, “Apocalipsis Thrash” is a big flood of adrenaline — venomous, electric, and lethally infectious.

A hard-charging drum drive and a hard-punching riff kicks the song into gear right away, and then after a brief pause, Bastardös intensify the experience with an assault of swarming guitar and rough, raw, howling vocals. After another small pause and a catchy-as-hell bridge, the song transforms into a big headbang trigger, and then discharges a flurry of insectile leads that skitter and skewer. Every good thrash song deserves a strong solo, and this one has a pair that, although brief, are damned cool.

GrimmDistribution and Morbid Skull Records will release the album in a jewel-case, vinyl-style CD format with an 8-page booklet, limited to 500 copies. To pre-order, check the links below. And along with “Apocalipsis Thrash”, we’re also including streams of two previously released tracks, “Horror Celestial” (a free download at Bandcamp), and “Agonía“.