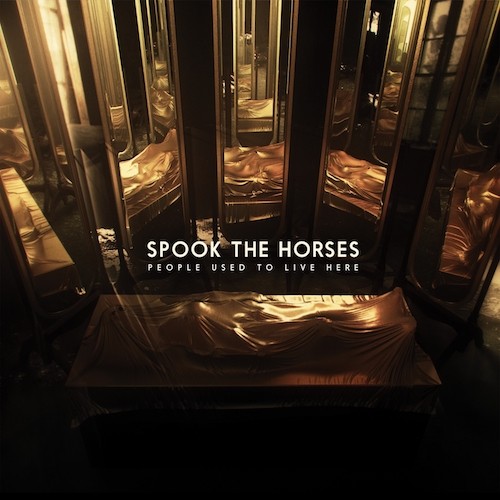 Sewing confusion and discord seems to be a persistent part of our mission statement, wholly apart from all the misspellings and typos. And so it’s time once again to flummox people who take our site’s name literally or have become used to receiving severe audio punishment at the hands of most bands whose music we recommend. Even people who are familiar with the previous albums of the band who are the subject of this post may be surprised by what they’re about to hear.

What we have for you is a full stream of People Used To Live Here, the enthralling new full-length by Spook the Horses from Wellington, New Zealand, which will be released on November 10th by Pelagic Records. 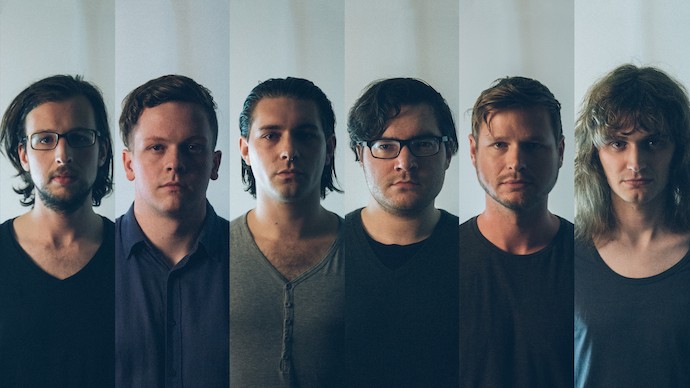 The title of the album provides a clue to the atmosphere of the music, which among other things does capture the vision of a place where people once lived but where a misting drizzle now falls on barren streets in the quiet gloom that has followed some apocalyptic event.

This is a technically accomplished group of instrumental performers, every one of whom is capable of playing every instrument the band use. But the songs on this album are mostly slow, spare, stripped-down,  and dreamlike. Yet the minimalism of these carefully crafted compositions in no way detracts from their emotional force, nor leads the listener’s mind to wander. The music is often beautiful, frequently mesmerizing, and almost always haunting.

“Writing this album gave us the ability to experiment with song ideas we felt weren’t appropriate on our previous albums“, Zach Meech has commented. Adds Callum Gay, “We deliberately isolated ourselves when writing this album to force us out of our comfort zones.” He further explains:

“Most of the songs began as completely improvised pieces that we slowly fleshed and developed over time. We wanted to make sure that immediacy was captured and conveyed in a way we’d never done before. There’s much less between us and the listener this time around”

In genre terms, you could think of the music as post-rock, with hints (as I hear it) of Dark Side of the Moon-era Pink Floyd here and there. The guitars have a largely clean, reverberating tone, the bass providing a craggy weight, the drums a deep rumble and slow or mid-paced patterns that have an irresistible ability to get your head moving.

The entire album flows almost like a single composition; some of the tracks move seamlessly from one to the next (it makes sense that the album is presented here in a single YouTube stream without artificial breaks). Yet without ever breaking into a race, the band are skilled at building tension and changing moods, bringing the music to emotional crescendos but also plumbing the quiet depths of abandonment and desolation.

There are vocals on five of the eight tracks, clean singing always, but also changing. For example, they’re  slow and sound kind of drugged-out on “Crude Shrines”, sorrowing on “Made Shapeless”, and soaring and soulful on “Near Then, Far Now”.

The opening sequence of the first three songs, which really seem like one long song, have an especially haunting and hallucinatory quality, and they prove to be seductive as well, with the repeating sequence of notes in “Blessed Veins” (the third of those tracks), which shift up and down in range, proving to be especially trance-inducing, though it’s a spell with an innate tension in the feeling… all the way to the concluding long, slow drift of ambient music, which deepens the spell… and the gloom.

As if to say, “We know what we’ve just done to you, and now we’re going to twist your mind in a different way”, the band follow that opening trio with “Made Shapeless” and its vibrant, syncopated drum rhythm, chiming chords, and bursts of bright melody. There is a gleaming quality in the music here, as if those gloomy leaking clouds have briefly opened, allowing rays of light to strike those damp wet streets where people once lived.

And that’s in turn followed by “Near Then, Far Now”, which feels day-dreaming and introspective, even with the arcing vocals and head-moving drumwork, and by “Herald”, which cranks the tension again with a high, whining noise and a slow sequence of otherworldly bass and guitar notes, broken by a glimmering ambience that sounds ethereal and cosmic.

“We All Know Your Name” is loaded with juxtapositions, including some of the loudest, heaviest, and darkest music on the album, while the closer, “Following Trails”, sounds wistful, freighted with the burdens of regret, but is also beautiful and hypnotic.

In the final two minutes of the album, the drums begin to pound, the tension builds, the music swells in volume, coiling the spring of intensity… and then subsides into slow, bleak chords, as if to provide one final reminder: People used to live here, but they don’t any more.

Yes, you may be perplexed for differing reasons when you begin listening to this album, but I hope you’ll stay with it, and ultimately find it as ingenious and as beguiling as I have. Then you can resume being beaten and put to the torch by the usual metallic fare around here.

One Response to “AN NCS ALBUM PREMIERE (AND A REVIEW): SPOOK THE HORSES — “PEOPLE USED TO LIVE HERE””