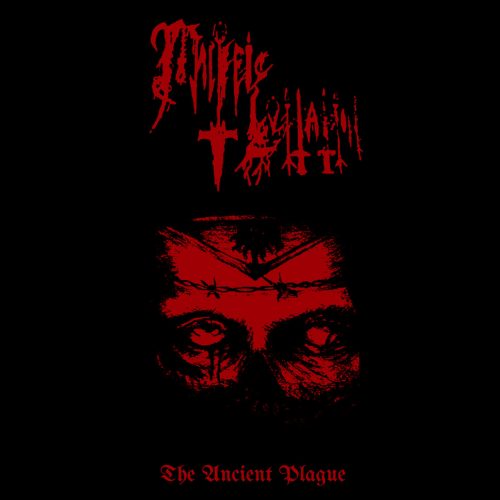 In May of this year a duo from Fresno (California) who took the name Malefic Levitation released their first single, “Warlord Rites“. It caught my ears, mangled them, and produced enough savage excitement that I spilled some equally mangled words about the track. Since then, Malefic Levitation made the acquaintance of Sentient Ruin, who will leave Thanksgiving in ruins by releasing the band’s debut album, The Ancient Plague, on November 24. It will also be released in the EU by Dawnbreed Records.

And here we are with “Warlord Rites” again, although this is the re-recorded version of the song that will appear on the album, engineered by Jacob Lee at the Wolf Chamber in Easton, CA. It hasn’t gotten any more merciful or any less rampantly destructive. If anything, it’s more punishing and pestilential. 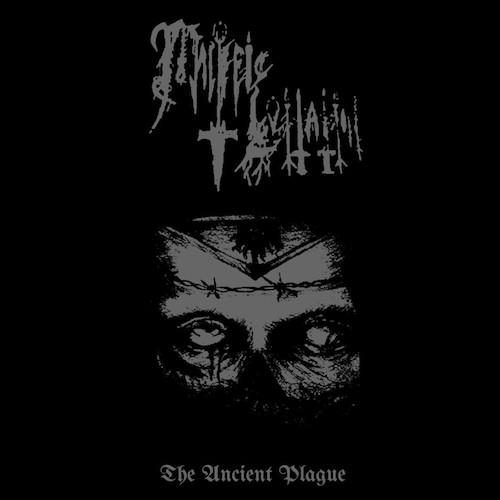 “Warlord Rites” is a lethal scourge of war metal that reveals two sides of the band’s “malefic and fucking levitating black/death madness from the bowels of hades” (their words). At the outset, it’s a racing juggernaut that features a hammering snare assault, a bowel-loosening bass drum, a torrent of grim, corrosive, wailing riffs, and uber-deep guttural growls. As the rhythm slows a bit, the riff becomes hammering too, and music’s atmosphere grows even more brutally oppressive.

But then the hammering converts to a less frenetic and more eerie form of fury — dissonant funereal chords ring out; the song lumbers like a wounded tyrannosaurus; and a toxic guitar lead rises about the heavy chords like a spew of acidic vitriol.

As a further taste of Malefic Levitation’s approach to the savagery of blackened death metal, you can listen below to another track from the album, “Savage Hunter”, as well as the one we’re premiering today. The album will be released digitally and on cassette tape, with artwork by Ramona Cortez and Hocob Makcиm, and tape layout by Stephen Wilson.

One Response to “AN NCS PREMIERE: MALEFIC LEVITATION — “WARLORD RITES””