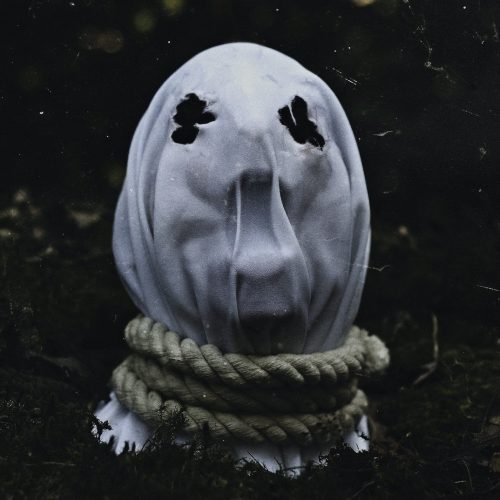 (Here’s Andy Synn’s review of the new fourth album by The Faceless, which will be released on December 1 by Sumerian Records.)

Talk to any writer worth their salt and they’ll tell you that, no matter how long they’ve been writing, the temptation to be the first to review something, to get your opinions out there before anyone else, never fully goes away.

But while there are certainly times where first impressions can be useful, it’s often better to let your thoughts marinate for a little while before committing them to paper (or, at least, to digital ink).

Now I’ve been lucky enough to have this album in my possession for a few months, meaning that I’ve had more time than most to digest the music contained therein. And while this doesn’t necessarily make my opinion “better” or more authoritative than anyone else’s, it does mean that I’ve been able to take a bit more of a long-term perspective, and so you can be sure that what you’re about to read is much more than just my first, fleeting impressions of an album that comes laden with a heck of a lot of baggage and some serious expectations to live up to. 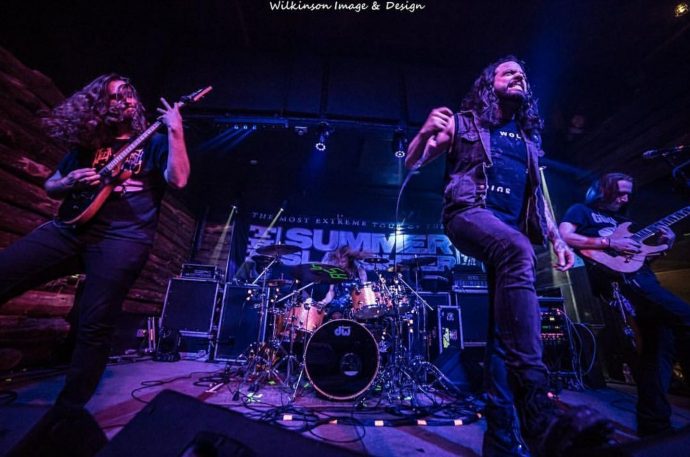 That’s not to disparage the contributions of any current or ex-members by any means, but it’s important to acknowledge that Keene (joined here by vocalist Ken Sorceron, guitarist Justin McKinney, and now ex-drummer Chason Westmoreland) is very much the driving force behind the band, as well as a man with a well-documented reputation as either a ruthless perfectionist or a relentless procrastinator (depending on who you talk to), and that it’s his vision, as band leader and main songwriter, which ultimately dictates their direction… both for better, and for worse.

On the positive side of things the first half of the album, ignoring the relatively inconsequential intro track, comprises some of the band’s best work, kicking off with the extravagant metallic extremity of “Digging the Grave”, which somehow interweaves blazing Tech Death, indulgent Prog (including some unexpectedly effective flute work), pulsing industrialisms, and scathing Black Metal (aided and abetted by Sorceron’s suitably visceral vocals, as well as some very Emperor-esque synths) into one shockingly cohesive whole that largely defies classification or categorisation.

This impetus and energy is carried forwards into “Black Star”, which features some great technical and melodic interplay between the guitars and bass (which, if I’m not mistaken, was also performed by Keene this time around), as well as some similarly great interplay between Keene and Sorceron, providing a dynamic mix of soaring cleans and savage snarls (respectively), while the back half of the song leans even harder on the shamelessly technical proggery which the band first showcased on 2012’s Autotheism, as well as providing Westmoreland an opportunity to really flaunt his creative chops.

“Cup of Mephistopheles” is by some measure the darkest song on the entire album, and betrays a much heavier influence from both Industrial and Black Metal in amongst the usual plethora of mercilessly tight riffage and dark, moody melodies, while lines such as “I’ve found a place where nothing can touch me” and “when did my heaven become this fucking hell?” seem to reference Keene’s rumoured issues with substance abuse in a manner that’s almost painfully forthright and brutally effective in delivery.

“The Spiralling Void”, the fourth and final part of this opening run of tracks, may well be the oldest, having first appeared way back in 2015, but its crushing riffs and coruscating leads have lost none of their power between then and now, nor have the gargantuan gutturals of Derek Dydquist, who makes a scene-stealing reappearance on lead vocals here as something of a boon to old-school fans.

Unfortunately, Side B of the album is nowhere near as consistent or as coherent as its predecessor, with “Ghost Reprise” serving as a largely skippable fifty nine second interlude, while – pun-tastic title notwithstanding – “(Instru)Mental Illness” seems less like a fully realised song and more like an unfinished demo which was quickly pressed into service as an instrumental at the last minute.

And although the band’s galvanised and embellished cover of Depeche Mode’s “Shake the Disease” is certainly enjoyable enough, it still comes across as a little out of place, with the combination of these three tracks leaving In Becoming A Ghost feeling more than a little front-loaded in both quality and quantity.

Thankfully both “I Am” and “The Terminal Breath” go some way to righting the ship – even if the former does come almost litigiously close to aping Extol’s 2013 comeback album at times – with the latter song in particular picking up a lot of the slack on its own, providing a much more atmospheric take on the band’s established Tech/Prog sound which manages to be both instantly infectious and unexpectedly intense at the same time, and which helps end things on a satisfyingly high note despite the rather uneven nature of the album’s second half.

Often excellent, frequently exasperating, unquestionably flawed, but endlessly fascinating, In Becoming a Ghost is a portrait of a band still trying to establish who they are and who they want to be… an album which doesn’t lack for ambition, but whose execution is frustratingly uneven.

That being said, when it’s good, it’s very good indeed, and the high points overall outweigh the low points (even if the record as a whole feels a tad lightweight once you cut out all the extraneous filler).

Was it worth the five-year wait? Maybe, maybe not… your mileage may vary… but it at least it reminds you that, given the right inputs and the right amount of processing time, The Faceless are still capable of great things.

5 Responses to “THE FACELESS: “IN BECOMING A GHOST””