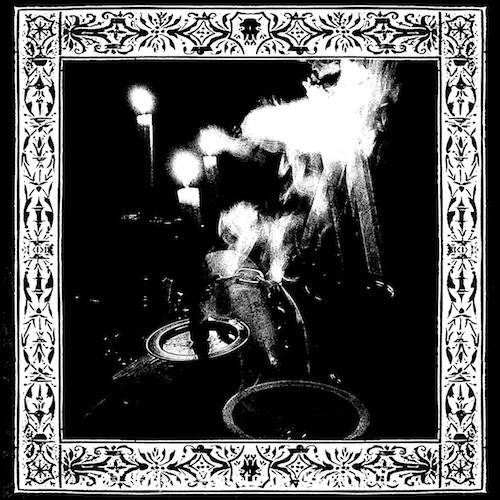 Flying in on the heels of their first demo and a split with Vetala, both released earlier this year by Harvest of Death, the debut album of the Portuguese black metal band Trono Além Morte will arrive on the winter solstice, December 21, via the same Harvest of Death. The album’s name is O Olhar Atento da Escuridão. A stream of one track from the album has been disclosed so far, and now we reveal the title track.

We are told by Harvest of Death that, like other of the band’s contemporaries in the Portuguese raw black metal scene, Trono Além Morte have been influenced by the storied Black Legions of France. They are described as “mages of majestic misery”, whose music becomes “a plunge into a medieval dungeon knowing no time nor space”. Although I prefer to come up with my own words — and I have — I quote these because they do ring true. 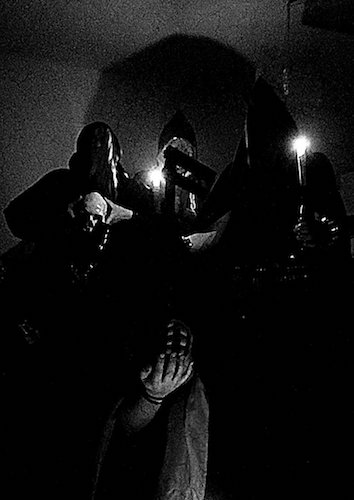 Like the album as a whole, the song  “O Olhar Atento da Escuridão” is a willfully abrasive, lo-fi assault on the senses, but one that has pronounced psychoactive properties, like the inhalation of a thick poisonous fog that burns the throat on the way into the lungs but has an ecstatic, hallucinatory effect on the mind.

The band greet the listener with deep, seething riffs that trace a slow, heaving melody over a muffled drum rumble and ear-spearing cymbal strikes. It’s not a welcoming embrace, but there’s a grip here, and it only grows stronger as the drums accelerate into a loping gallop and the riffing rises to a bright, sulfurous boil. The intensity continues to mount, the drumming becoming more maniacal, the riffing more delirious, the vocals perhaps even more wretchedly unhinged.

The music is wicked and wanton, and yet wickedly seductive, too, its eeriness a match for its ferocity. Even cloaked in thorns and dipped in poison, these strange melodies slither into the mind unbidden, with surprisingly addictive consequences.

If, like me, you are seduced by these harsh sounds, you can pre-order from Harvest of Death (a division of Signal Rex) via the links below. I’ve also included the stream of a previous single (“Infame Calamidade”) in addition to our premiere of the album’s title track.