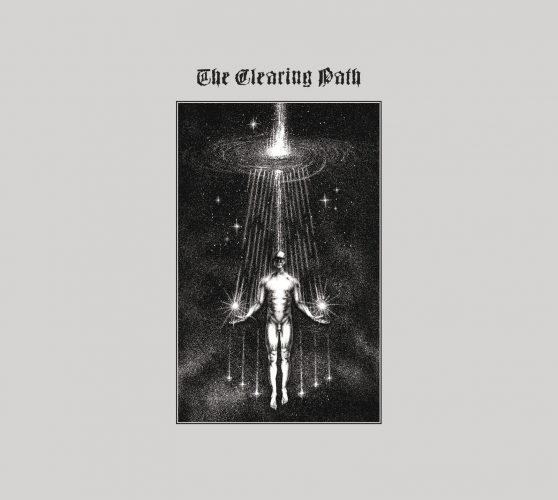 (In this post we present Andy Synn’s review of the new album by Italy’s The Clearing Path, set for release next month by I, Voidhanger Records, and the premiere of album track “Stargazer Monolith“.)

Way back in the hallowed era known as… 2015… a hitherto unknown artist by the name of Gabriele Gramaglia came out of nowhere to deliver what I still believe was one of the best Black Metal albums of the year, Watershed Between Earth and Firmament by The Clearing Path.

In the two years since its release …Firmament (and its similarly stellar companion EP Abyss Constellation) has remained in pretty much constant rotation in my daily/weekly/monthly listening habits, providing me with a regular dose of frenetic riffing, frenzied drum work, and tumultuous atmosphere that never fails to make the hairs on the back of my neck stand up.

So you can perhaps imagine how excited I was to hear that the band’s second album, Watershed Between Firmament and the Realm of Hyperborea was scheduled for the release at the end of the year (December 8th, to be exact) and even more excited when the promo for it suddenly appeared in my inbox. 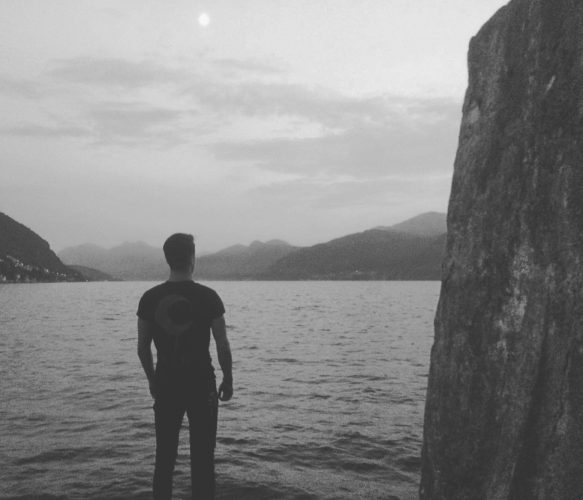 Right off the bat it’s apparent that …Hyperborea is a very different beast altogether from its predecessor – although not so different that it sounds like the work of an entirely different band.

Whereas …Firmament, for all its ardent aggression and furious energy, still wove a surprisingly melodic spell at times, the four tracks which make up this album find Gramaglia delving into much darker, more dissonant waters, with tracks such as urgent, unpredictable opener “Ankhtkheperura in Thee (A Mystical Enlightenment)”, and its similarly anxiety-inducing follow-up “The Pillars of Creation”, trading in a much heavier, much harsher sound built around a blend of lurching, angular riffs and jittery, off-kilter drumming, interspersed here and there with unexpected moments of melancholy melody.

The churning, chaotic strains of “Stargazer Monolith” – which we’re exclusively premiering below for your listening (dis)pleasure – continues firmly down the discordant path set out by the first two tracks, mixing clanging, clashing riffs with odd, nerve-jangling pseudo-melodies in a manner reminiscent of both Gorguts and Deathspell Omega (the two most obvious touchstones for this type of music), while also diverging from this route at key moments to explore some far more atmospheric tones and textures.

Concluding with the grandiose “This Stairway Will Carry Me Towards the Grandest Light”, which seamlessly melds the more abrasive and more ambient sides of the band into one cohesive, compelling whole, Watershed Between Firmament and the Realm of Hyperborea is certainly not what I expected it to be, but is undoubtedly destined to be held up as a true cult (or should that be “kvlt”?) classic in years to come.

Below you will find not only our premiere of “Stargazer Monolith” but also a stream of the previously releaseed track “Ankhtkheperura in Thee (A Mystical Enlightenment)”.

The album features cover art by Altar of Sorrow, and it will be released by I, Voidhanger as a digital download and in a limited-edition CD digipack with an 8-page booklet that includes lyrics and track-by-track commentaries.

2 Responses to “THE CLEARING PATH: THE PREMIERE OF “STARGAZER MONOLITH” AND A REVIEW OF “WATERSHED BETWEEN FIRMAMENT AND THE REALM OF HYPERBOREA””