This first item will be regrettably brief — regrettable only in the sense that I have failed to write a review of the new Aosoth album prior to its full streaming debut, which happened yesterday. And so all I can do now (and maybe ever) is to give you a strong push to listen to V: The Inside Scriptures as soon as you can. You won’t regret that decision. The stream is below; the album is being released today (November 17). 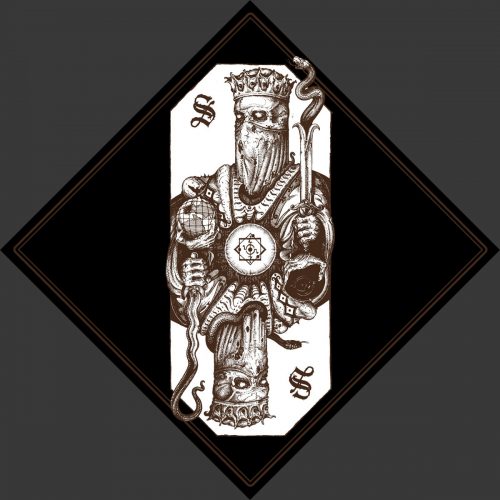 Yesterday, Icelandic Svartidauði made a digital release of a new, untitled EP, which Ván Records is also releasing on vinyl. The timing of the release was a surprise, but not the existence of this 7″ EP, which was recorded for the band’s recent Continental Crucifixion tour of Europe. It consists of two songs. Unsurprisingly, they’re both simply excellent.

“Depleted Pathways” is a mind-bender and a bone-mangler, its twisted, dissonant leads and flensing riffs disorienting the brain, and its tumultuous, ever-changing drum rhythms and progressions shaking the spine. The song’s relentless intensity is a result not only of the ferocious, mercurial, and otherworldly machinations of the music but also the harrowing terrors of the vocals.

The equally eerie but more subdued opening minute of “Exultation” provides an effective contrast to the torrent of the previous song, and time for a few breaths — before an effusion of blast-beats, dissonant notes, and a further shuddering vocal assault cause your breath to catch again. The main parts of the song have a tremendously bleak, gliding, hallucinogenic quality — quite disturbing yet also somehow magisterial. A choir of angels and a crazed piano arpeggio guide this crushing song to an end.

Another triumph for a band whose every release compels attention.

The cover art is by David Glomba. The EP was recorded, mixed, and mastered by D.G. at Gryfjan. 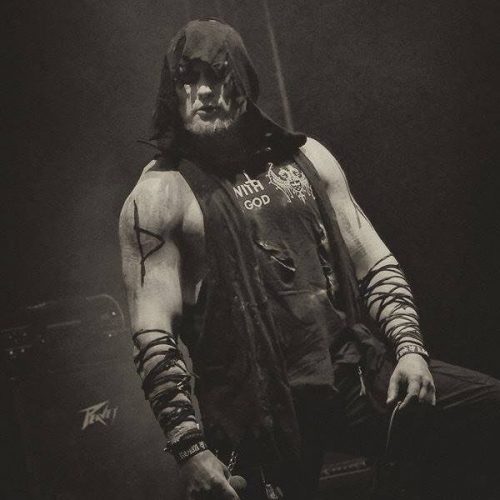 Kroda will be a familiar name to readers of this site, given how often I’ve praised their music over the years. The last time I wrote about this Ukrainian band was in the summer of last year, when they released a trailer for what was to be a forthcoming DVD named Live in Lemberg II – Kalte Aurora. The music in that trailer was a piece of ambient music, performed live, which diverged dramatically from Kroda’s more familiar styles. The sound was solemn, mystical, and entrancing in its darkness.

However, the performance (recorded on January 23, 2016) included metal segments as well as an ambient chapter. And in October of last year, all the chapters were released in advance of the DVD in the form of three digital albums available on Bandcamp, as well as on CD. I’ll link you to those, but the subject of this item is a new video taken from the film, which depicts the performance of the song “Heil Ragnarok!“, which originally appeared on the magnificent 2011 album Schwarzpfad.

The song is still a great one, and the live performance includes videos of Carpathian nature in wintertime as part of the stage setting, as a way of deepening “the atmosphere of HelCarpathian Black Metal ritual”.

There has been one change of plans. Now, instead of releasing Live in Lemberg II – Kalte Aurora on  DVD, it will be released this winter via Purity Through Fire on a cust9mized wooden flash stick to provide even higher quality than is possible on a DVD format.

To explore the music on this live album, check the Bandcamp link below, which includes all three parts of the audio from the film. The CD can be ordered via the second link. 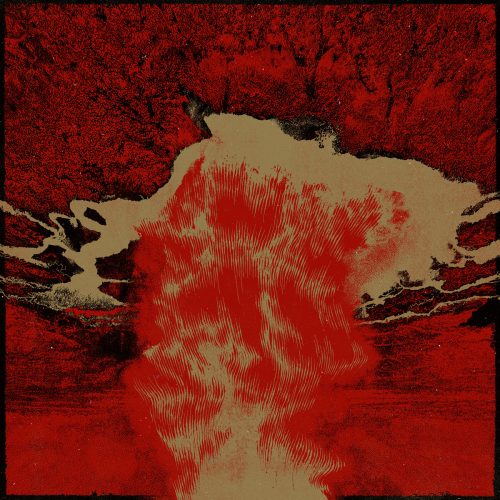 I learned about this next song, as I have so many other excellent ones, thanks to a recommendation from starkweather.  Its exclamatory title is a mouthful — “Shine On, Obsidian! Ego! Ego! Echo Back To The Yearning Of The Self!” — as are all the others on the album from whence it comes, Mouvement, which is the new record by the French band Chaos Echoes.

The band’s first album was 2015’s Transient, and they released an EP named The Unfathomable just two weeks, but I’ve heard neither of those (yet), so I can’t compare this song to what has come before it.

I should say, before commenting on the song, that the album is described as “a narrative arc” in which “the composition are seamlessly merged together to create a single piece of music”, with the music intended to explore “the effect of the external on the self—the sharpening of the individual will against the coarse whetstone of world.” Further insights into how the tracks trace this arc can be found on the Bandcamp page.

As for this particular song (which is largely devoid of vocals until near the end), starkweather has commented that it’s “almost as if it’s an abstraction or reimagining of Covenant-era Morbid Angel given additional discordance and riffage.” It is indeed discordant — and it’s transfixing-ly intense, with the repetition of its grim, cold, drilling and writhing riffs, the booming bass pulse, and the compulsive drum patterns combining to create an experience that’s disturbing, electrifying, and trance-inducing all at the same time. The word “sorcerous” comes to mind.

Mouvement will be released by Nuclear War Now! on February 15, 2018. 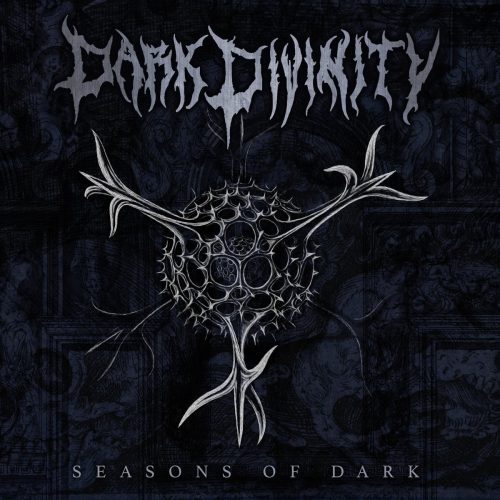 Dark Divinity is a newly formed New Zealand melodic death metal band, and the next song in this collection is their first single. The line-up for this recoding consisted of Ian Moir (Into Orbit), Andy Woodd (Cripple Mr Onion), Alan Gregson (Destructatron), and Jake Booth (Team Kill), although it appears from the band’s Facebook page that this isn’t a full permanent line-up, which will be announced in the coming weeks.

The name of the song, which is a free download at Bandcamp, is “Seasons of Dark“. The contrast between the vicious, boiling riffs and the double-bass munitions, on the one hand, and the slow, deliberate snare beat grabs attention right from the start… and the developing, cascading melody holds it. The raking, scalding vocals and a brighter, but somewhat demented riff dig the hooks in further.

Vibrant lead guitar work lies further ahead, along with a lot of surging, ferocious power. The two main alternating melodies in the song prove to be quite infectious, and the song’s explosive barbarism, which reaches a crescendo of destruction at the end, is equally appealing. 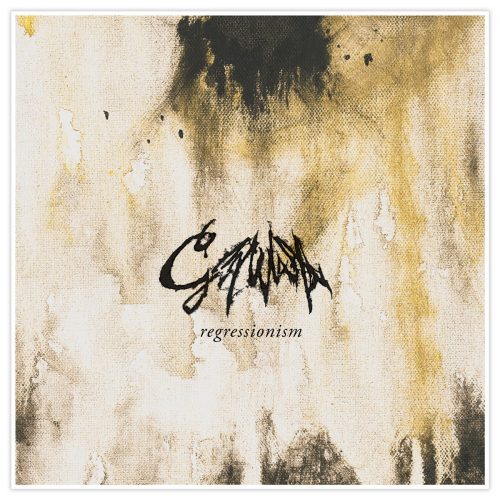 The first item in this collection was brief, and so is the this last one.

In mid-October we premiered a harrowing experimental track named “No For An Answer“ from the new second album by the Maryland band Genevieve. Entitled Regressionism, it will be released by Grimoire Records on Black Friday, November 24. To quote myself (because if I don’t, who will?):

Some things have changed, other things have not. In their arsenal of formidable instrumental weapons Genevieve have replaced the fretless electric guitar deployed on Escapism with a pair of 7-string axes to go along with a monster, double-tracked baritone guitar and a 5-string bass. What hasn’t changed is Genevieve’s unpredictable and idiosyncratic approach to composition — if anything, they’ve ventured even further out into the previously uncharted frontiers of a sonic landscape they’ve been mapping in their own heads, rather than following trails blazed by others. And they’ve found new monsters there.

The album really is a stunner, but now you don’t have to take my word for it because our own Austin Weber, who also writes for Metal Injection, premiered a full stream of the album over at MI, accompanied by his review. And you can (and should) go HERE to listen.