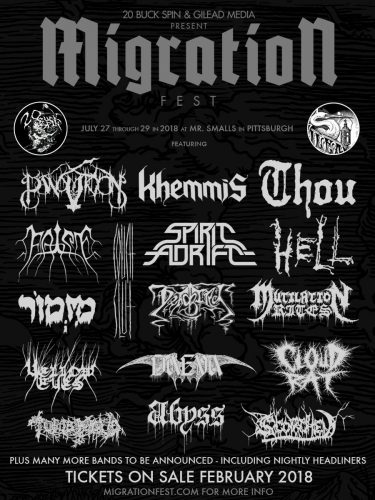 The first Migration Fest (organized by Gilead Media and 20 Buck Spin), which took place in Olympia, Washington, in August 2016 was fantastic. The next one is now set for July 27-29, 2018, at Mr. Smalls in Pittsburgh, Pennsylvania. And this morning the festival announced the first round of confirmed bands:

More bands are yet to be announced, including nightly headliners. The first batch of tickets will be available in February 2018.

I would be remiss if I didn’t mention that NCS will also be co-presenting the second edition of Northwest Terror Fest next summer in Seattle (May 31-June 2) and has announced appearances by Panopticon, Primitive Man, and The Atlas Moth so far, with more announcements coming every Monday and early-bird passes going on sale on Black Friday. So you’ll have almost a full two months to rest up after NWTF before throwing yourselves into Migration.

For more news about Migration Fest as it happens, check these places: 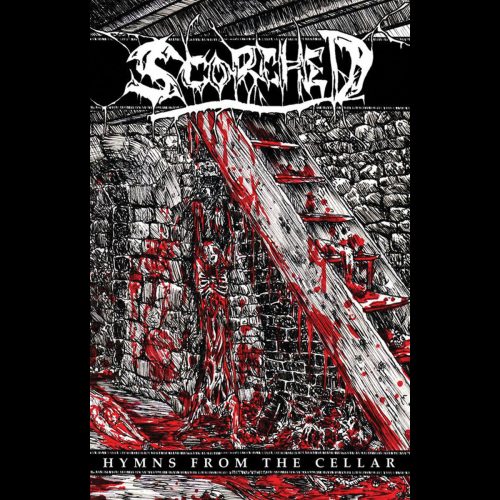 We’ve been watching the rapid ascent of Delaware’s Scorched with increasing excitement ever since we premiered a full stream of their self-titled demo in May 2015. Our Norwegian comrade Gorger praised their split with Putrisect (Final State of Existence) in his own distinctive voice; we then made mention of the excellent four-way split they joined along with Gatecreeper, Homewrecker, and Outer Heaven, and also premiered their first full-length album, Echoes of Dismemberment, last October.

And so it was a thrill to finally get to see Scorched on stage, which happened at the Maryland Deathfest pr-fest show last June. As described here, they were shitloads of fun to watch and hear.

And now Scorched have released a new EP, Hymns From the Cellar, through their long-time label partner Unspeakable Axe.

After softening up your mind with a spooky intro track, the band deliver a compact dose of top-shelf, horror-strewn death metal crushing and slaughtering in “Existence Dissolved”. It’s a completely electrifying ride… which is followed by another spooky interlude… and then “Altar of Desecration” — which is stunningly powerful, completely merciless, and just as electrifying, though it drops into a putrefying slog of doom and decay before it ends.

Both songs include hellish, eye-popping guitar solos, bone-breaking drumwork, lethal riffs, and abyssal vocal horror. In a nutshell, Scorched continue to kill it.

Hymns From the Cellar is available on cassette and digital: 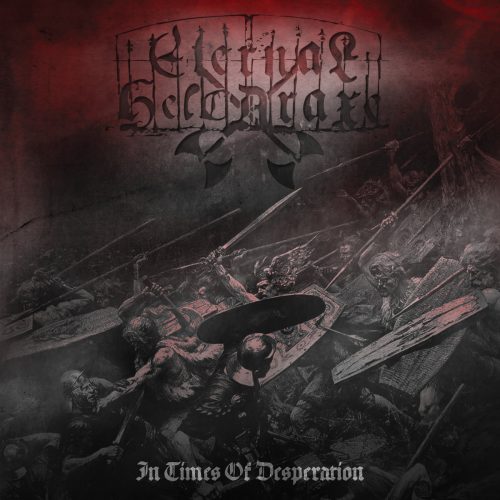 As was true of Scorched, we’ve devoted quite a bit of attention to this Irish pagan/black-metal band in the past, but a long five years have passed since their excellent debut album, 2012’s Against All Odds (reviewed here). Fortunately, their second album is on the horizon. Entitled In Times of Desperation, it will be released by Naturmacht Productions on December 29th., and is recommended for fans of such bands as Immortal, Emperor, and Bathory.

Thanks to a Bandcamp alert earlier today, I discovered that a track from the album, “The End of All Things“, has just gone up for streaming. At the outset, furious blast-beats undergird cascading waves of bleak tremolo’d haze and boiling vocal fury, and slow streamers of eerie, glowing melody flow even higher above that rushing tumult.

As the drum mania changes to a powerful hammering, gripping riffs and gravel-throated bass lines enter the frame. The pace slows further, making way for a moody, rippling melody and a dramatic, sorrowing and searing extended guitar solo, capped by one last warlike charge. A really fine song — I’m so glad these dudes are back. 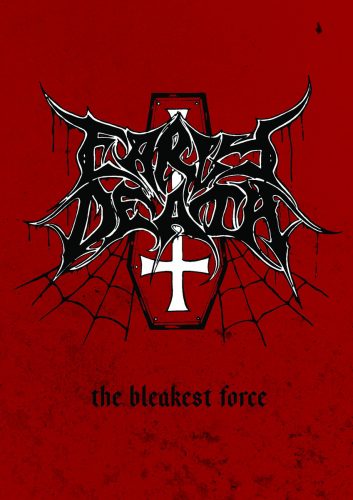 Unlike the first two bands in this little collection, Berlin’s Early Death is a new discovery. They’ve recently released what I think is their first demo, The Bleakest Force. It’s a digital download on Bandcamp now, but will be released on tape by Me Saco Un Ojo Records and, in the first half of next year, on CD by Me Saco Un Ojo and Dark Descent.

Unfortunately, I’m running out of time and have to keep my words regrettably brief. In a nutshell: Early Death’s The Bleakest Force is an explosive rush of death/thrash — an amalgam of vicious, virally infectious riffs; grand (and sinister) melodic fanfares; superheated vocal barbarism (which also segues into near-clean song); and an excellent rhythm section that drives like a well-oiled engine and clobbers damned hard, too.

To shrink the nutshell even further down, this is fantastic. I bought it before even finishing the second track.