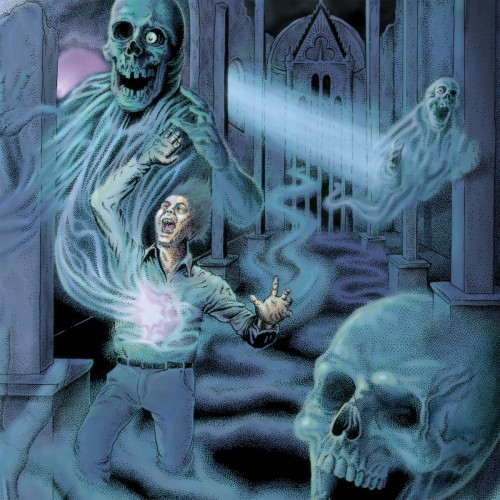 My helpful WordPress blogging software tells me that I started writing this post on March 30, 2016, and then I got sidetracked — repeatedly. I’m so tightly wound that I nag myself about things that I start but don’t finish. My life is full of self-nagging. Sometimes, however, that incessant buzzing in my head produces a result. Hence, this post.

This MISCELLANY series is one of several that I started at NCS in the early days, but it has become very irregular in recent years. So a refresher on the MISCELLANY game is probably worthwhile: On a fairly random basis, I pick releases I’ve not heard before, usually by bands I’ve not heard before; I listen to a song or two (usually without much advance idea of what the music will sound like); I write my immediate impressions; and I then stream what I heard so you can make your own judgments.

In my “refresher” above, I forgot to add that I sometimes violate the rules of the MISCELLANY game, and for this first item I’ve done that because I knew something about Arizona’s Gatecreeper before listening to this song. Two years ago I featured one of their videos in a round-up, and after that I grabbed the EP that included the song in the video. 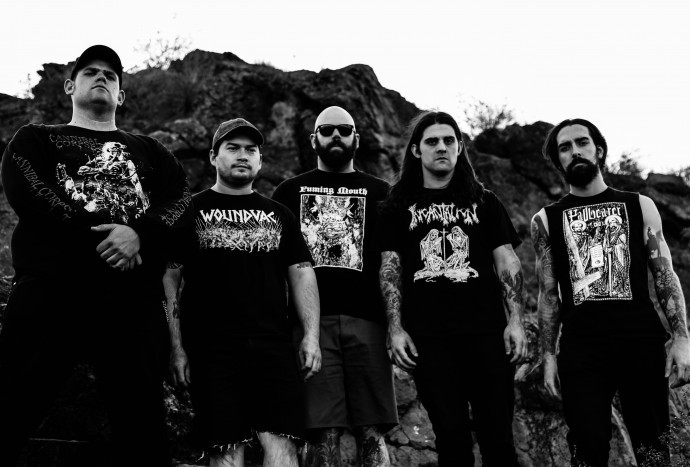 The song I listened to when I started this particular MISCELLANY excursion back in March is “Carved Into Stone”. It appears on a Gatecreeper four-way split with Homewrecker, Outer Heaven, and Scorched that’s due for a June 24 release by Melotov Records on 12″ vinyl (available here). The artwork for it appears at the top of this post.

I first heard the song when DECIBEL streamed the whole split months ago. It’s massive. And by that I mean it will shake the foundations in your abode, as well as your teeth, your skull, and your intestines. At first it’s a slow, pound-and-chug piece of doom-soaked death metal, and then all hell breaks loose and the band begin to rampage like a tank battalion. There’s a lot of HM-2 goodness in this meat grinder, a lot of gut-busting punch in the drumming, and a lot of ghastly gruesomeness in the vocals.

P.S. The other three tracks on this split are also excellent. I’ve included streams of all the tracks below. Although Melotov isn’t yet offering the split as a digital download, the Gatecreeper song is available digitally at their Bandcamp:

P.P.S. On June 15, Relapse Records announced that they had signed Gatecreeper for the release of the band’s debut album, Sonoran Deprivation, sometime this fall. That should be well worth hearing. 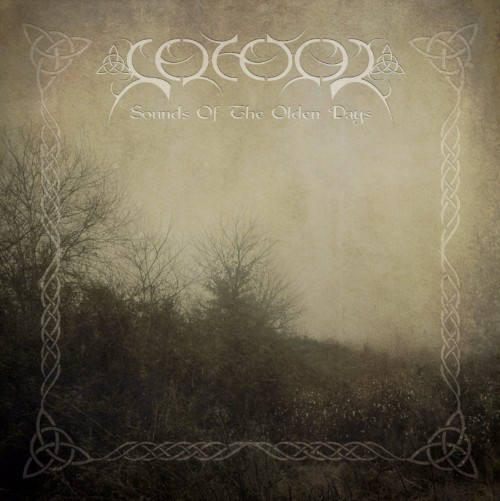 Celtefog is a Greek one-man band whose second album, Sounds of the Olden Days, was released via Bandcamp in February of this year. And yes, I’ve once again bent the MISCELLANY rules here, because I discovered that I included a review of Celtefog’s 2013 demo Rats in a post more than three years ago. But I had forgotten about that when I decided to sample Sounds of the Olden Days, so I’ve forgiven myself for the rule-bending.

The song I picked for this MISCELLANY test is the album’s first track, “My Last Sight To the Known Universe”. I was completely captivated by it. A dramatic piece of pagan/black metal with a pronounced Celtic folk influence, it begins at a stately pace but grows in intensity and emotional impact as it goes along. The panther-scream vocals are utterly searing, and the sorrowful melody is enthralling.

In the middle, the song changes shape, with a sublime violin melody and the rhythmic thump of a big hide drum over an extended droning tone (or at least that’s what the instruments sound like) — and then the music explodes in burst of blasting percussion, tension-ratcheting riffs, and racing strings.

And now, three months after first hearing this powerful song, I’m going to make my way through the rest of the album. 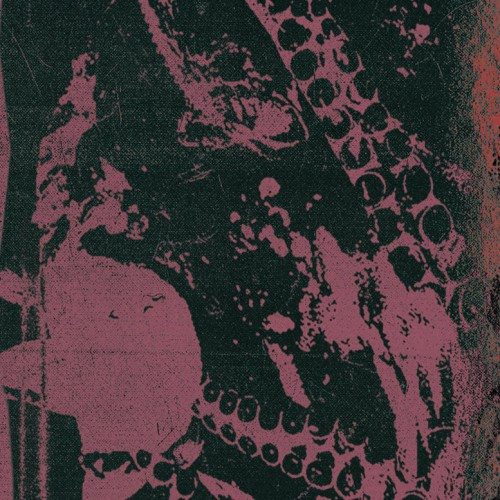 Eggs of Gomorrh are from Switzerland, and their debut album Rot Prophet was originally released in 2011 on CD by Nomos Dei Productions. I discovered the album back in March when Norway’s Gravplass Propaganda released the album on tape and also launched a stream of it on Bandcamp.

“Lust of Murder” is the opening track, and that’s the one I heard. It hit more than a few of my sweet spots by delivering a chaotic storm of blackened death metal made up of malignant, swarming riffs, a heavy-caliber drum barrage, and harsh, echoing inhuman growls and shrieks. When the band punch in the afterburners and really take off in the song’s second half I thought my head would come apart, given the speed and violence of the attack.

Fans of bands like Mitochondrion, Auroch, and Adversarial ought to eat this up. I sure as hell did. 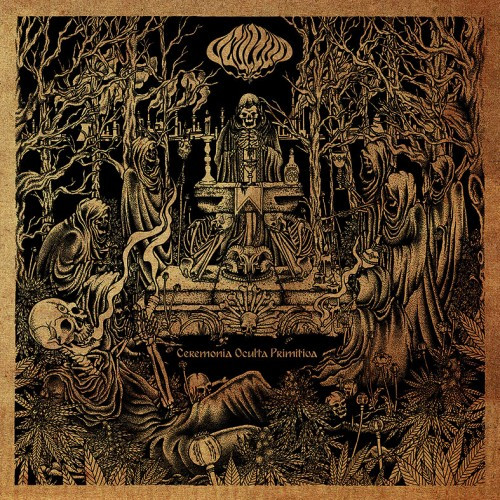 I’ve forgotten how I came across this next album, since I discovered it way back in March. The album’s name is Ceremonia Oculta Primitiva, and it’s the debut album by a band named Ocultum from Santiago, Chile, originally released in the spring of last year.

“Tumba de Siglos” is the fourth track on the album but the first one set to play on Bandcamp, and so that’s where I began. The ponderous opening notes are morbid and dismal — and an accurate forecast of the slow earth-shaking to come. The enormous dinosaur stomp of the riffs vibrated my eyeballs, and the sinuous, psychedelic writhing of the lead guitar put me in mind of a python big enough to slip its choking coils around the earth.

There are two psychoactive (and pestilential) guitar solos that comes slithering out of this demolition project, too — as high and psychotic as the vocals are deep and monstrous. And as the energy level of the song increases with a repeating riff in the final minutes, you’d better loosen your neck muscles, because it’s time to headbang.

This is one hell of a grim and pulverizing song, a sludgy doom-death-stoner monstrosity that’s highly addictive — and this is yet one more album in today’s collection that clearly demands a complete listening. 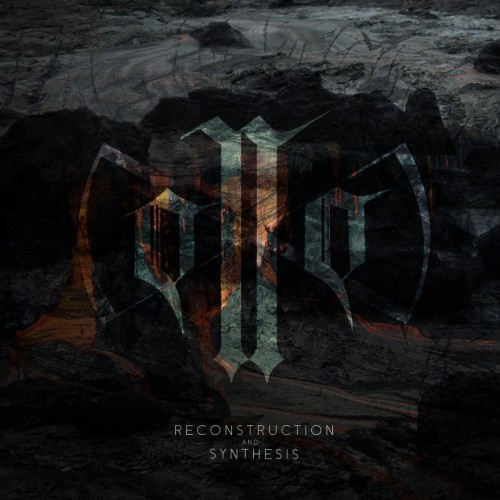 Here again, I’ve forgotten how I came across 0N0 and their album Reconstruction and Synthesis, which was released in March. 0N0 are from Bratislavský kraj, Slovakia,

The song I picked as a sample of the album is the opening track, “A Farewell To Conscious Shores”, and it’s well-named: Listening to it, I felt I had indeed bid farewell to the conscious shores of my own mind and been transported by strange tides into another realm. In a word, the song is remarkable.

The music is multi-faceted, dynamically paced, ingeniously conceived, and technically impressive. At first it’s a jarring, ravenous, very dark storm of death and doom, which then becomes increasingly discordant and disorienting. There’s an insidiously seductive melody that moves through the music like a toxin, and the song also includes strange and beautiful passages in which the spine-jarring drum and bass rhythms are accompanied by soaring clean vocals and cosmic ambience. It’s a hallucinatory trip that proves to be as spellbinding as it is heavy and disturbing. 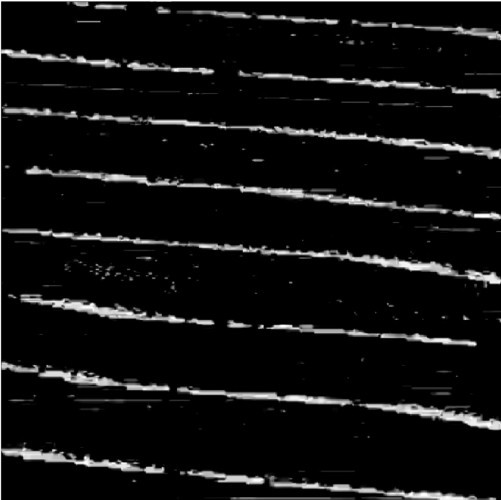 The final stop on today’s MISCELLANY excursion is the only one that I didn’t begin writing about back in March. I learned of the music on May 1 through an e-mail from the artist. I intended to add it to this post whenever I got around to finishing it — which I thought would be much sooner than things turned out.

The name of this band is Life Waster, and it’s the solo project of Ellie Rose from Olympia, Washington (who is also the vocalist in a band named Dystopian). Life Waster’s most recent album (which seems to be the second full-length) is entitled Grief, and it’s available as a name-your-price download at Bandcamp. The album includes four long songs, and the one I picked for this test is the opener, “Endless Marathon”.

This is a 14-minute powerhouse of a song, launched by an aching, haunting guitar melody over riffs that coil the tension like a winding spring. When the song shifts into cruising gear, it becomes a compelling rush, with those jabbing riffs and pulsing bass notes joined by wrenching, harsh vocal agonies. Although it’s a long jam, it’s an addictive one, keeping a tight grip on the listener’s interest through a bevy of swirling, swarming, darting lead guitar acrobatics, somersaulting bass, and piston-driven drum rhythms.

That this is the work of a single person makes it all the more impressive. And yes, this is now the fifth album in a row in this post in which the sampled songs compel a full album run.

P.S. When Ellie Rose e-mailed me about Grief, she explained that she is a trans woman and that her decision to put her music on Bandcamp was a way of letting the metal community know, “hey, trans women exist, and we listen to metal, and we play metal too”.