We have some history with the Dutch death metal band Apophys, whose line-up includes a lot of talented musicians with impressive resumes, including members of God Dethroned and Toxocara. We published no fewer than six posts surrounding the 2015 release of their debut album Prime Incursion, including an interview and a track premiere. Now they have a new album coming out, a sci-fi concept record named Devoratis, which will be released on January 22 by Ultimate Massacre Productions.

On Halloween Day, Apophys released the new album’s first single, “Retaliate“, and today we’re helping to premiere the second one — “Deadlock” — which arrives via a play-through video that features some blazing fretwork by the band’s two guitarists, Sanne van Dijk and Dave Meester. 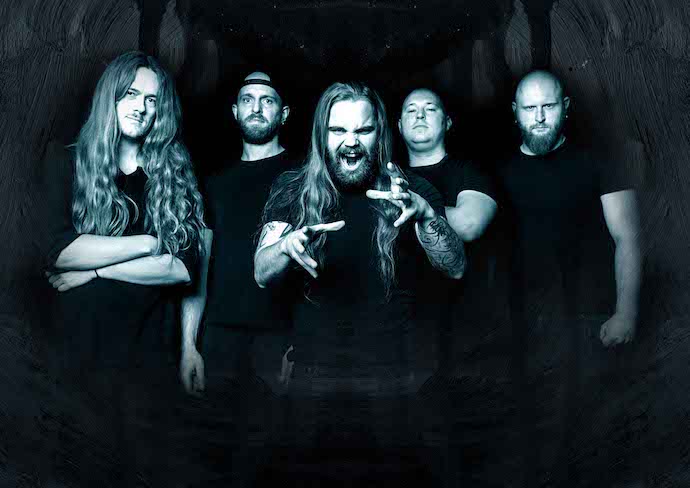 Devoratis is based on a science fiction story written by vocalist Kevin Quilligan. As he explains: “We wanted to do a concept album but we couldn’t find a fitting concept. So we decided to write it ourselves. Together with all the members we fashioned our own tale to tell which has given a whole new meaning to our music.”

It’s a sprawling saga that involves the unlikely alliance between a sentient planet and an engineer sent to destroy the planet, the two of them ultimately merging to form a single entity of unparalleled power — power they will need if they are to survive an assault by the in-bound fleet of the intergalactic civilization that sent the engineer on his original mission, and is now infuriated at his failure to accomplish it.

As Kevin Quilligan again explains: “Story-wise, ‘Deadlock‘ is the chapter where our two main characters meet face to face for the first time. Their embrace is like the embrace of a bear trap. Stuck, painful and possibly fatal….”

As for the song itself, he says:

“‘Deadlock‘ is one of the most powerful songs on the album. This one definitely packs a punch!

“As you can see in the video there is some serious riffing going on in this one, they make it look easy but I can tell you it’s not.”

Serious riffing, indeed. “Deadlock” flies like a bat out of hell, and so do the band’s two guitarists, peppering their insectile riff flurries with eruptions of tremolo-picked hornet-swarm buzzing and lacing the attack with filaments of grim, eerie melody. Meanwhile, the rhythm section hammers like a big turbocharged nail-gun and Quilligan maniacally growls, howls, roars, and shrieks the lyrics at an equally blistering pace. It’s enough to take your breath away. And as breathtaking rampages go, this one is damned catchy, too. 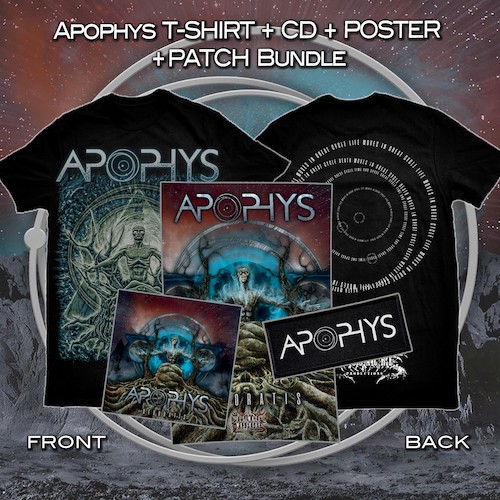 Check out the premiere of “Deadlock” below, and we’ve also included the video for the previously released single, “Retaliate“. And if you like what you hear, pre-orders can now be placed at Ultimate Massacre: