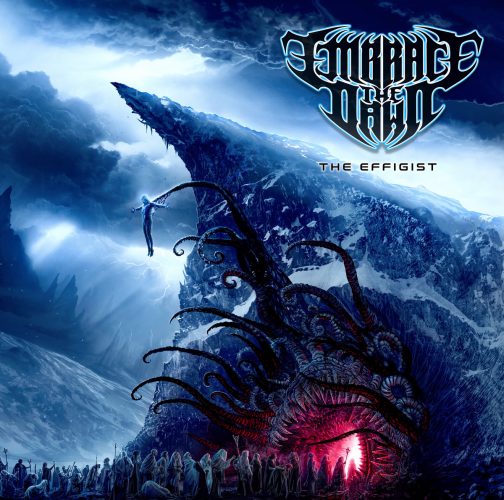 In the first week of this month, Embrace the Dawn released their debut album, The Effigist, and today we’re premiering a lyric video crafted by Scott Rudd for a turbocharged, mind-warping track from the album called “Putrefaction of God“.

The album is Embrace the Dawn’s second release overall, following their self-titled EP in 2015. Australian musician Ben Tinker remains the principal creative force behind the band, but for the debut album he enlisted the aid of a new line-up of performers who are scattered around the globe.

If forced to characterize Embrace the Dawn’s sound, Ben Tinker would call it “a combination of technical, progressive, and death metal”. Beyond that, he says: “I hope our music gives you the feeling like you can stand up tall and destroy things with your mind”.

That feeling certainly runs through “Putrefaction of God” — but not immediately. In its opening, and again later, eerie reverberations create a chilling and ominous sense of dread. But in the main, the music is a jet-speed rush of swirling and darting riffs and head-battering percussive rhythms. As you’ll see from the lyrics, this high-rpm engine is also driven by fury, well-channeled through Isaksen’s vicious, high-speed growls and shrieks.

The song does get the blood pumping, and it’s a catchy burst of adrenaline, too. There’s more where that came from, as you’ll find through our stream of the album just below the video. You can find it on Bandcamp.

2 Responses to “AN NCS VIDEO PREMIERE: EMBRACE THE DAWN — “PUTREFACTION OF GOD””