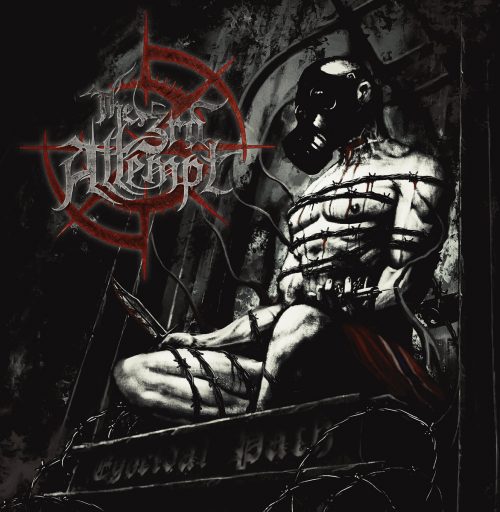 (Karina Noctum reviews for us the new second album by the Norwegian black metal band The 3rd Attempt, which will be released on December 1 by Dark Essence.)

The 3rd Attempt started back in 2014. The masterminds behind it are former Carpathian Forest guitarists Tchort (Blood Red Throne, Green Carnation) and BloodPervertor (Trail of Tears). The band was then completed with vocalist Ødemark (Midnattsvrede) and drummer Tybalt (Fortid, Den Saakaldte). That’s a pretty awesome line-up with lots of expertise that really gets to shine in their latest album.

Egocidal Path is a display of skillful composing and performing. It is not just another Black Metal release, it’s actually an attempt to blend and experiment without transgressing boundaries. It’s innovative but still safe ground for those black metal fans who are not fond of too many surprises. A good rendition of traditional solid metal with a modern touch. 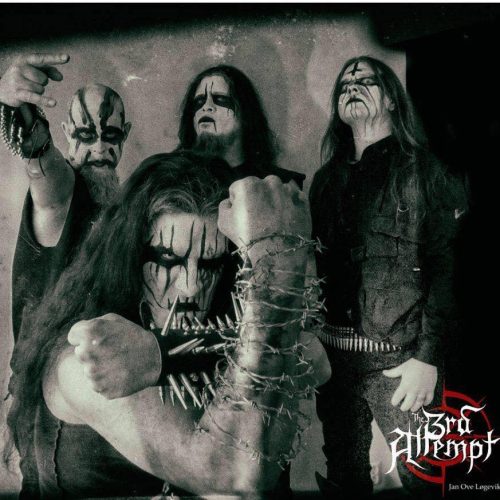 It starts by delivering the black ‘n’ roll vibe that you have come to expect if you are familiar with the first album — until you come to a vampyrical voice with the synths that go with it, which creates the mental picture of the vocalist’s mouth oozing blood from a face adorned with dramatic corpsepaint.

The weird flashblack doesn’t last long. This time the song (“Blood, Dope and Black N Roll”) has been throughly fleshed out with cool thrash riffs as an awesome addition to the black ‘n’ roll skeleton. It ends unexpectedly as well, in a grandiose manner, with chorus-like synths providing a remarkable climactic outro for the song.

“Into the Light” can be musically tied to the first song’s outro, but then it has a bit of a different feeling to it. It has an atmospheric layer, something from the 2000s, except that The 3rd Attempt blend this with heavy-metal-style cleans in a way that gives you a thought of Anaal Nathrakh. Definitely interesting. After a beautiful Norwegian harmonic part, more black thrash erupts, with dynamic riffs and vocals to fit. Just as when listening to Anaal Nathrakh, it’s a little bit everywhere, but it’s damn good and well-executed.

An epic march begins “Reflections About Knives”, but that gives way to Mayhem-oriented guitars, full of feeling, that reinforce a kind of “A Grand Declaration of War” sensation. The song is faithful to its name and will get you into a pensive mood with a cozy mid- tempo pace until a nicely done transition arrives, which leads to the anticipation of something cooler coming.

That will work well in a live setting. Those kinds of transitions are not hard to find here, and always create the same “get ready, it’s coming” feeling. Yeah, it works, and then you snap the fuck out of it as the song picks up and gets fast as hell and very enjoyable.

“Egocide” is tied in with a philosophy that the album’s title and artwork is also tied to. I think it is about the destruction of the self, but the kind of self that society has assigned to you. So you destroy that programmed self, a self programmed by society’s rules, religion, culture, and so on, and you end up with a new enlightened self.

It’s Luciferian-oriented, but a form of the philosophy without a pre-established outcome. It’s a call to enlightenment, but it also means the freedom of choosing, because no one owns the concept yet. No one has a claim on this Luciferianism, so it’s open to interpretation and is many-sided. What the new self becomes is up to you. You are expected to transition to it by means of an egocidal path that will lead you from awakening to self-realization. Deconstruct to construct, a pretty post-modern concept.

The album is pretty post-modern as well, and also multifaceted. Beyond the lyrical themes, “Egocide” is musically interesting. Pretty thrashy again, with memories of Slayer, but this time they add some genius riffs that are structurally reminiscent of Meshuggah, though that’s brief and does not dominate the entire song. The thrasy feeling continues and the vocals eventually get a bit lower and go with the darkened song, but as the song continues there’s a display of both heavy cleans and black metal screams. A varied range, and quite cool.

Both “The Disciples” and “Black Metal Alchemist” are Black Thrash, although the latter has a Swedish feeling to it, an early Dark Funeral tinge (I would totally love a whole album in this style). “The Oath”, which ends the record, is in a ’90s vein and might bring Immortal to mind more than anything.

So wow, what a pleasant and different album, a very cool blend, a whole musical journey around the sacred pillars of Black Metal, filled with contrasts. It is definitely a must-listen release.