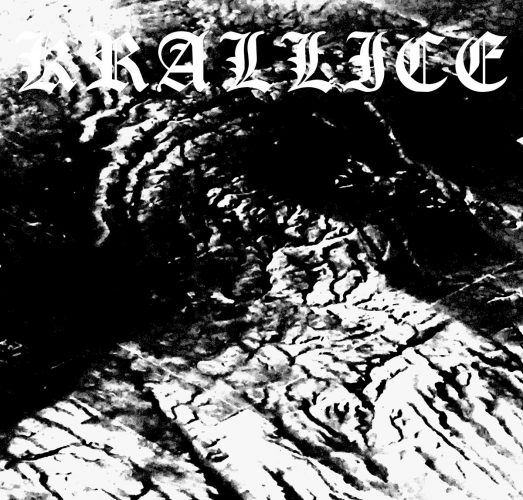 I knew Krallice planned to release another album this year, but the timing was reserved as a surprise, and the surprise was delivered last night. The name of the album is Go Be Forgotten.

I was fortunate to hear the album a few days in advance of its release, though I still didn’t know when the bomb would be detonated, and I still found myself scrambling to collect my thoughts. But Krallice’s music so predictably scrambles my brain that I doubt I would have been any more coherent if I’d known the precise day and hour of this one’s release.

However, fears about lack of coherency have never deterred me from expressing myself, nor will they here. But all I can really manage is to tell you the way the music makes me feel… and I can also venture the opinion that I think this is the best Krallice album yet. 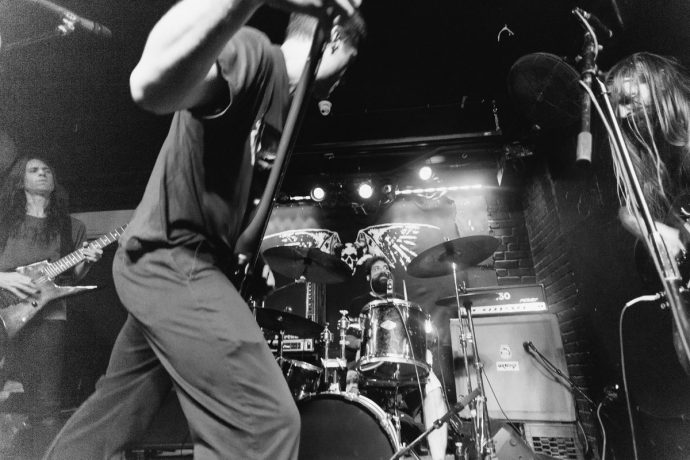 Go Be Forgotten comes out just shy of one month following the band’s last surprise release, Loüm, to which I devoted some authentic frontier gibberish here. I’m inclined to compare this album to that one, because it’s tempting to presume there was some logic behind the division of the music between the two, since they were released in such close proximity to each other.

Why are those songs there, and these songs here? Surely there is a reason, although perhaps not. Perhaps the main difference is that Dave Edwardson collaborated on Loüm. It’s kind of silly to overthink this, so I’ll try not to — better to just enjoy the ride.

This album certainly has features in common with Loüm. And I guess that’s inevitable. These are people who have both a rare level of instrumental skill and an obvious desire to challenge themselves, both individually and in the way they play off against each other, and so both albums furnish plenty of head-spinning fireworks displays.

Having said that, nothing I recall from Loüm closely resembles the combination of rough, raw, rampaging brutishness and melodic escapism, both weird and mesmerizing, of “The Forest For Which We Have Killed“. As an album opener, it seems to put a stake in the ground. It’s furious and punishing, grand and glorious. The trilling melodic currents in the song are fierce and forlorn; the grinding bass work and stupefying drum furies are jaw-dropping. The rhythmic pulses seem to sync up with the adrenalized beat of your own heart, punctuated by the mimicry of bomb detonations. The vocals are fractured and fracturing, as they are throughout the album (though the vocals are no more than episodic on this record).

And so that song seems less of a mind-bending labyrinth of the kind that characterized much of Loüm and more of a structured strategem, less insane and more comprehensible to rudimentary minds such as my own, but also intensely evocative on an emotional level. Yet it’s still a mind-bender in a different way, because of the manner in which it amalgamates dead-eyed destructiveness and the kind of ecstatic visions that make eyes roll back in heads.

The shorter follow-on track, “Failed Visionary Cults“, sounds more like the brain-in-a-centrifuge rocket-rides that characterized much of Loüm, everyone firing wildly on all cylinders at first and then somehow all slowing gradually as if controlled by a single mind, and then surging again in a display of instrumental lunacy.

I’ve wondered what Krallice intended when they issued the injunction: “Go Be Forgotten“. All of us will be forgotten, some sooner, some later. We don’t need to make an effort — it will happen, regardless of what we do. And that reality is at the root of the mortal terrors of our individual existences. Some powerful people seem obsessed with a desire never to be forgotten, and what they egoistically do in an effort to be remembered is often its own form of terror. And so Krallice’s injunction could be understood in different ways — as an expression of the futility of striving, or as an insight about a way to be peaceful, or as something else altogether (I don’t have the lyrics, by the way, and you’d need dog’s ears to decipher the incendiary vocals).

Regardless of the intent, the title track is a spellbinder, at first seeming more in line with the opener than the second song. It has a completely open-throttle and violent intensity, intertwined with incandescent, emotionally powerful, yearning melodies that have a spiritual component quite different from the thundering physicality that surrounds them. But that’s just the opening segment. It’s a long song that takes a detour in the middle — a dark, depressive detour at first, and then increasingly intricate and explosive.

The song catches a groove that risks neck sprain, falls into a deep gloom again, pauses for a soft anxious reverie, and then boils into a cross between splintering angst and cosmic wonder. That finale seems to cry out, “I’ve been mangled beyond my capacity to endure, but I see wonders beyond your imagining.”

Part of the genius of this album is the way in which it ebbs and flows, the modulations of energy part of what maintains such a transfixing hold on your attention. And so “Quadripartite Mirror Realm” follows the decimating frenzy of the preceding track with a swirl of disorienting, tension-ratcheting, hallucinatory ambient sounds… abrasive at first, and then transforming into something transcendentally beautiful, but edged at the end with swelling gloom and grief. There really isn’t much hope in the music on this album, but there is again here a feeling that something magnificent and terrifying just beyond our sight has briefly come into view.

As you reach “Ground Prayer“, the configuration of the album becomes more clear. It’s not that it follows some seamless path forward. It’s more that the album throws open the doors to this band’s most extravagant visions. In this long track, you get one surprise after another, in a range bounded by blinding instrumental exuberance and the most heart-aching and mesmerizing throes of despondency. Perhaps more so than any other track on the album, this one really makes you wonder how in the world it was conceived and executed. It’s so full of twists and turns and changes of mood, none of them expected, and yet the entire experience astonishingly achieves coherency. It is a true tour de force of imagination, mental concentration, and supreme physical skill.

How in the world could an album like this end? Of course, it ends with yet another unexpected turn in the road, with an instrumental piece that merits that overworked word “epic”. Drums pound, melodies swirl, chords chime, notes patter and flicker, the mood soars. I said there really isn’t much hope in this music… but I lied. There is grandeur in this brief closing track. It deserved more of a name than “Outro“.

I don’t know what Krallice will do next. I may have been caught up too hard in the immediate emotional and physical cascades of this album. Perhaps with more time I’d rank it differently in what they’ve done so far. But I’ll repeat that, at this moment, I think it’s their best album yet, start to finish, and beyond that, one of the best albums of this truly stellar year for metal.

4 Responses to “KRALLICE: “GO BE FORGOTTEN””