(Andy Synn delivers another installment in a series devoted to worthy releases by bands from his homeland.)

Where does the time go? It seems like only yesterday I was working on my eighth “Best of British 2017” post, yet here we are again with number nine and 2017 is almost over!

But while there’s still time left, and still breath in my lungs, I’m going to keep doing my best to bring you the very best metallic morsels which have sprung from these green and pleasant lands. 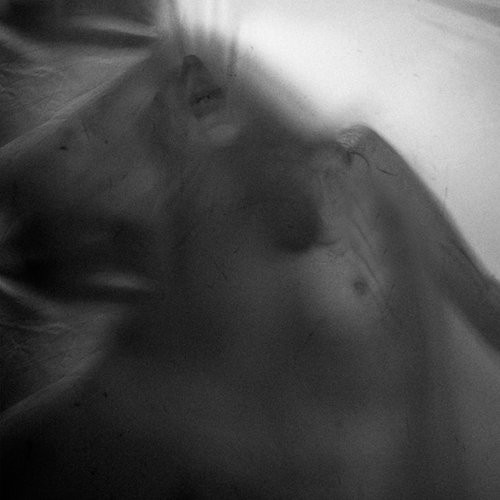 Let’s face it, “Blackened Hardcore” is currently very hip, very in, very cool… with all the tastemakers and trendsetters practically falling over themselves to find new examples to fawn over before the next wave of hype comes along.

That’s just the way it is, and the way it’s always been. And, as always, when the bubble finally bursts only the strongest and most resolute bands will be the ones to survive.

Thankfully multinational London-based quintet Calligram have certainly made a solid case for why they’re going to be one of the survivors with their second album, Askesis. 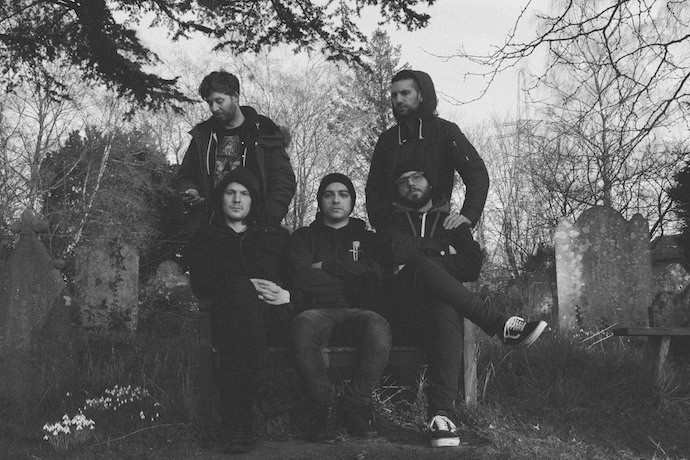 Throughout the six tracks which make up this album there’s an undercurrent of unflinching, uncompromising nihilism underlying the band’s sound, a philosophy where nothing matters and no-one is special, which gives every song — from the bone-rattling belligerence of caustic opener “Della Mancanza”, though the blackened, acid-drenched atmosphere conjured by “Scourge”, all the way to the lurching riffs and looming malice of doom-laden closer “Lament” — some serious bite and venom.

You don’t have to agree with it by any means, but it’s always right up in your face, refusing to be ignored.

Which, I suppose, is as good a way as any to describe Calligram in general – you don’t have to like them, but you’re not going to be able to ignore them. 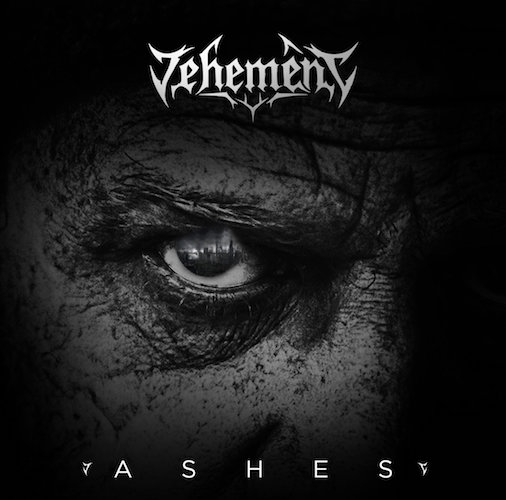 Despite its relatively interchangeable title, the second album from Vehement is anything but bland, and finds the quartet making some serious strides in both the songwriting and performance departments, marking this as a major step up from their debut.

Opener “Far Below Us”, for example, weaves an impressively bleak and brooding atmosphere without delving into the standard tropes of so-called “Atmospheric Black Metal”, with the guitars of Xysor and Wraith interweaving moody melody and metallic intensity, while the vocals blare out of the speakers with vicious, snarling malevolence, interspersed here and there with some unexpectedly nuanced and progressive clean-sung melodies.

As a matter of fact these clean singing parts are one of the things which really help these songs stand out from the crowd, landing somewhere between Primordial, Borknagar, and Akercocke in their grim and grandiose delivery (the brilliantly melodic finale of “Ashes” and the almost operatic brilliance of “Burden’s Root” being prime examples). 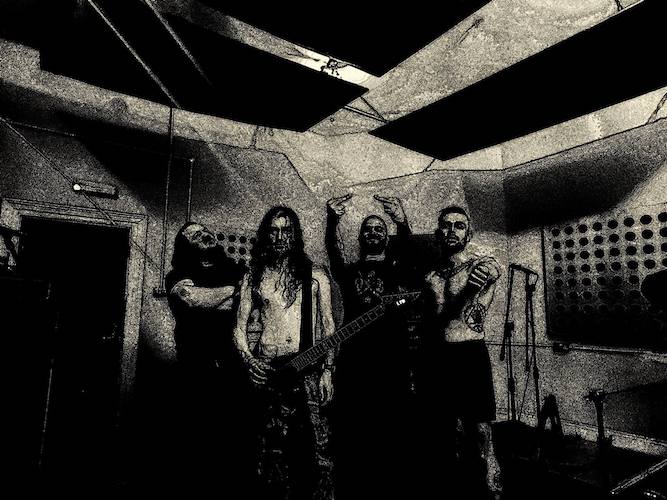 Of course there’s more to the band than just that. “Thematic”, for example, is a visceral blast-fest that goes straight for the throat from the very beginning, while majestic closer “Tidal Verse” is both the most frenetic and most dynamic song on the entire album, and remains utterly compelling throughout its 10:39 run-time without the use of clean vocals

But it has to be said that these clean parts (not just vocally, but also the occasional clean guitar section) add a huge amount to the band’s sound, and are definitely something they should continue to capitalise on in the future.

One thing I would add to that, however, is that the band should also perhaps look for something… I hesitate to use the word gimmick… to give them a more distinct visual and/or thematic identity.

It doesn’t have to be as contrived as, say, Watain’s “Satanic Biker Gang” shtick obviously, but – as talented as the band are – I can’t help feeling that some sort of overarching theme (such as the dark ages drama of their countrymen in The Infernal Sea) would do wonders to help Vehement stand out from the crowd even more.

Either way though, it’s obvious that these guys already have all the right ingredients to make a big impact. 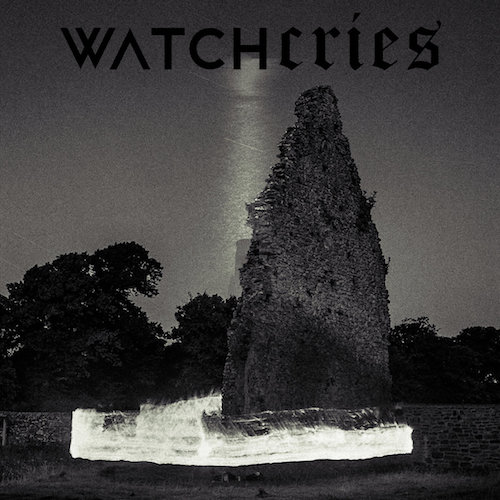 Furious metallic Sludgecore is the name of the game with Brightonian bruisers Watchcries and their new album, the succinctly titled Wraith.

While the band’s previous EP was a disgustingly dense slab of sound and fury, Wraith finds the band dialling things back ever so slightly, introducing an extra dash of melody and atmosphere, without sacrificing an ounce of heaviness or aggression.

Of course it’s not like the band have suddenly “gone Prog”… the longest song here, the eerie slow-burn towards eruption that is “Reawake”, clocks in at 04:46, while the album as a whole doesn’t even break the 30-minute barrier… but the decision to allocate their songs a modicum of extra space and breathing room not only makes them more dynamic overall, but also allows them to bring the hammer down twice as hard when the time comes. 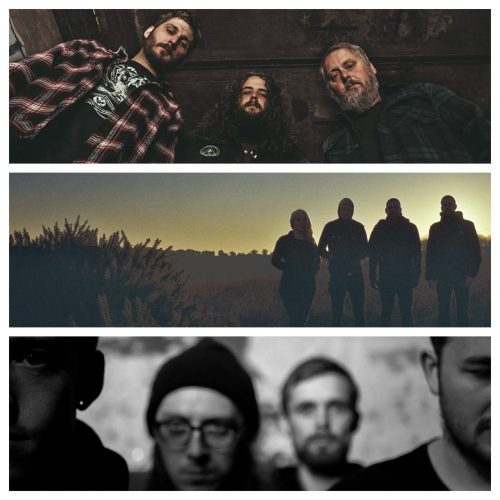 Ravenous opener “Ashen”, for example, is a short, sharp blast of frenzied grind and fiery groove, that eventually gives way to the raw aggression and chunky, brutalist riffs of “Fate Deemed”, which finds the band channelling their Old School Death Metal side through a gruesomely groovy, sludge-soaked lens, before the doom-tinged and grind-edged strains of “Severing Union” proceed to batter your eardrums in a barrage of churning, chugging riffs and raw-boned, ramshackle drums.

The mix of Punk, Grind, Sludge, and Death Metal which dominates tracks like the hideously hooky “Wild Flesh” and the virulent “Burial Ground” reminds me strongly of underrated US death-bringers Landmine Marathon, who deal in a similarly uncompromising brand of metallic menace and bristling ferocity, and by the time the album concludes with the imposing “Observance” — which finds the quartet pursuing a darker, doomier direction interspersed with moments of balls-to-the-wall hostility — you’ll probably feel like you’ve been beaten up… underwater.

And I mean that in a good way.