I was late in getting around to checking out Amenra’s new video for the song “A Solitary Reign” off their new album Mass VI, which is out now via Neurot Recordings (and was reviewed here by Wil Cifer). It is a captivating video, made by Tine Guns, the mother of Amenra guitar player Mathieu Vandekerckhove’s son, Wolf. The song is completely captivating as well, perhaps the high point of Mass VI. The music was described in this way by the band’s Colin H. Van Eeckhout: 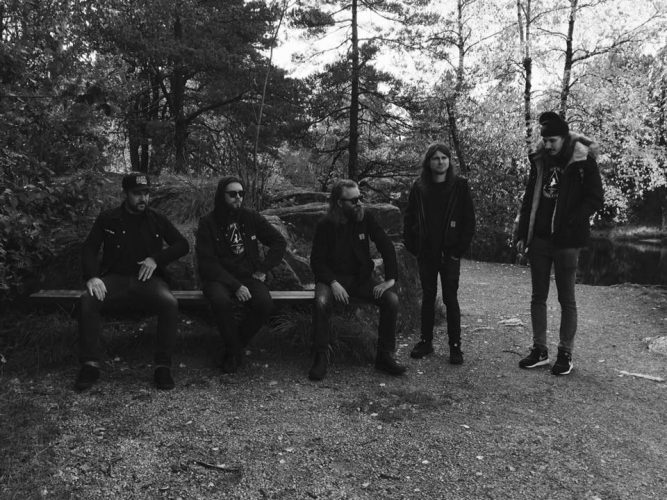 “The song was written to honor the passing of our drummer, Bjorn Lebon’s mother. Before writing and recording we knew we wanted to honor our mothers on the next album. We wanted to get each one of them in the studio to interview them, ask them about life, love, motherhood, their sons, getting older, death and pain, so we could possibly take some of these words with us, into the next album. We ran out of time, and the only one we were able to interview was, Paulette. Bjorn’s mom.

“She talked about him, about almost losing him, about life’s joy and pain. It was a beautiful moment for all of us. We stowed our plans for later, and little did we know that a month later she got diagnosed with cancer. The strong woman died a few months later.

“Partially written, the song had a prophetic nature. It is the song that brought us together, in that moment, that phone call. We knew time had come to come together, and write that album, that became Mass VI.“

My own mother died years ago. I remain thankful for her every day. 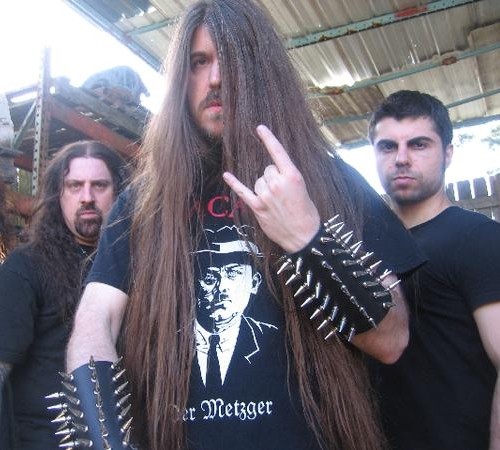 Here’s a news item (but one with music too), selected from among a vast number of announcements over the last few days because it concerns a favorite Seattle band — the long-running Drawn and Quartered, whose first demo appeared in the mid-’90s and whose last album, Feeding Hell’s Furnace, was released in 2012 (followed by the 2016 EP Proliferation of Disease and the Plague Bearer compilation that same year).

The news is that on December 22nd Krucyator Productions will reissue Feeding Hell’s Furnace on pro-tape and digitally, along with two bonus tracks from the Conquerors of Sodom EP (2011). The press release we received indicates that a vinyl vesion of Hail Infernal Darkness (2006) will follow this reissue — and that Drawn and Quartered will be releasing a new album next year on the same label, entitled The One Who Lurks. Really looking forward to that! 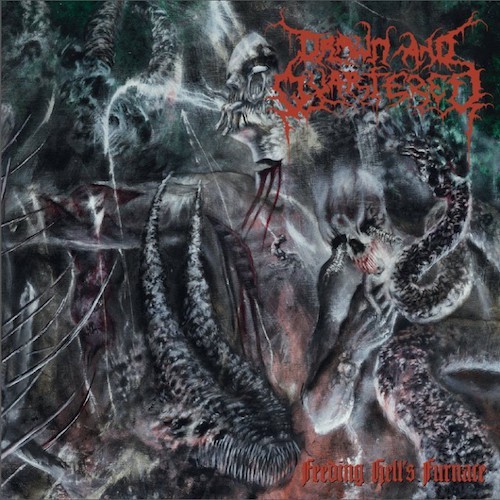 For further info, check these links: 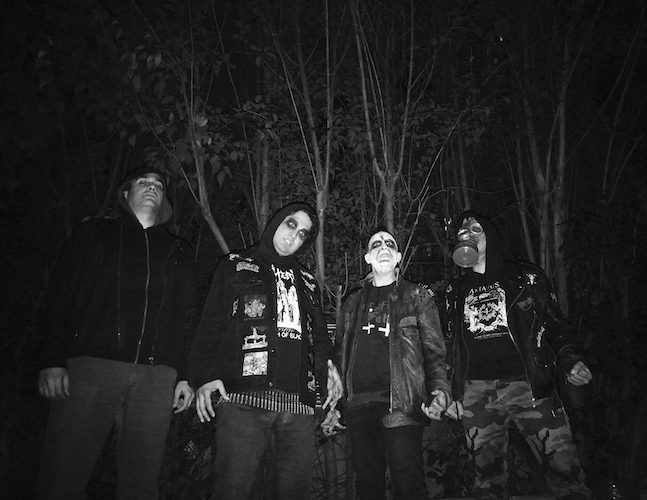 The Turkish black metal band Sarinvomit will be releasing their debut album, Malignant Thermonuclear Supremacy, late this year or early next year (on LP and CD through Spain’s Deathrune Records). From that album they’ve recently released a lyric video for the first single, a withering and transfixing assault named “One Trillion Megaton“.

The song does hit with the blast force of a thermonuclear detonation, but it is more than simply flesh-boiling incineration fueled by eye-popping blast-beats, slashing riffage, and caustic vocal snarling. The cold, poisonous melodies in the song display a certain harrowing grandeur and seductive bleakness. The style is easily recognizable, but the execution is excellent. 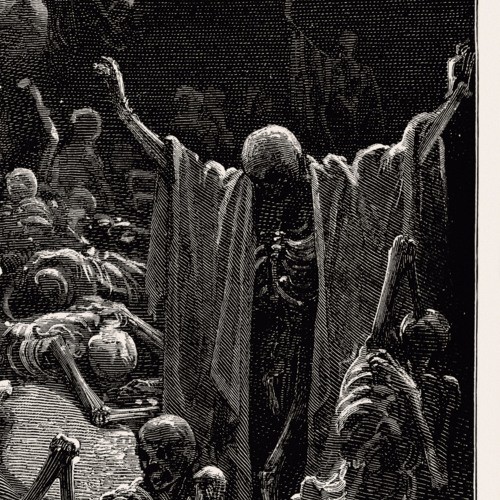 I found these next two tracks when I noticed the first one lurking in the sidebar on a Soundcloud page for a song by another band I was checking out last night. I listened to the first one, loved it, listened to the second one, loved it too. There are many more individual tracks on the Soundcloud page that houses Ataraktika’s creations, but I haven’t found a Facebook or Bandcamp page or any other info which suggests Ataraktika has released his music for public acquisition.

And yes, it does appear to be the work of a single person, of Swedish origin. But beyond that, I don’t have further info to share with you.

The first track below is “Adverarius“, the second one is “Canis Lupus“. The music is instrumental black metal, and although I do think harsh vocals would be a positive addition, the song-writing and guitar performances are so damned good that vocals aren’t essential. The music is capable of lighting you up like a Roman candle without them.

4 Responses to “SEEN AND HEARD ON A DAY OF THANKS-GIVING: AMENRA, DRAWN AND QUARTERED, SARINVOMIT, ATARAKTIKA”