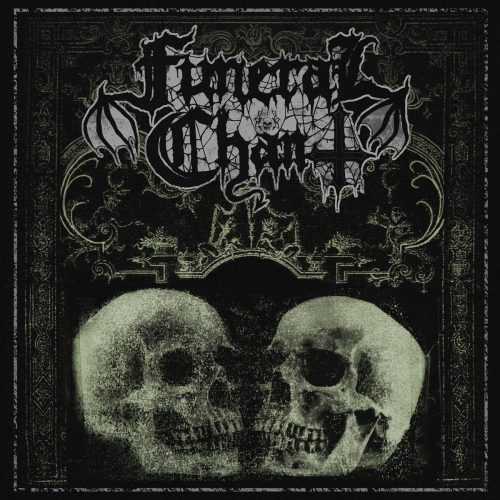 In the early weeks of this now-waning year the Oakland-based black/death band Funeral Chant self-released their first cacophonous chants of total death on tape and digitally. It took little time for that self-titled album to produce a clamoring in the unwashed hordes of the underground for a vinyl and a CD edition, and now those wishes are about to be granted:

On November 30, Caverna Abismal Records (Portugal) and Duplicate Records (Norway) will release Funeral Chant’s enormously impressive debut in LP and CD formats, and to help spread the word we’re fiendishly pleased to present a full stream of the album for those who may have missed it before. 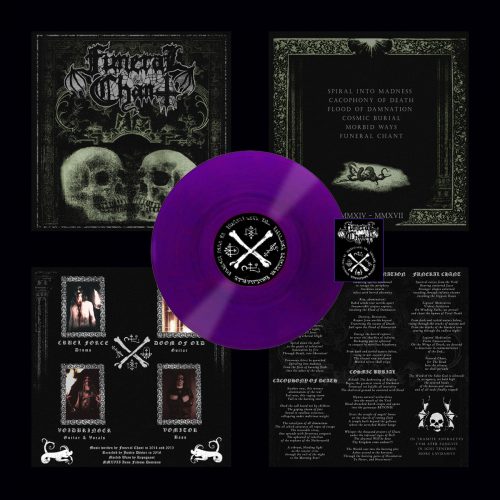 The album consists of five original tracks and an explosive cover of Repugnant’s “Morbid Ways”. In its pure unchained violence and its raw, corrosive sound, the album strikes with shudderingly powerful force. The music’s rampaging pace rarely relents, and the feeling of wild, orgiastic abandon persists from beginning to end as well.

However, what really sets Funeral Chant apart from the throngs of bands perpetrating seething, murky, black/death metal abominations is the combination of technical skill and adventurousness they display in their murderous work. And fortunately, despite the feral, lo-fi production quality of their debut, those head-spinning qualities still come through clearly enough to give most listeners bugged-out eyes, dropped jaws, and maybe rivulets of gasping slobber.

The band walk a fine line between berserker chaos and the kind of intricate instrumental inventiveness and rhythmic dynamism that produces fascination. It’s a high-wire display of acrobatics, but Funeral Chant are so nimble that they don’t lose their balance no matter how fast they’re flying along that thin cord.

And so, the songs are crushing, eviscerating, hateful, and ferocious at a primal level, but are also intricate, well-plotted, and eerie. In teh heat of the moment, they trigger an enormous adrenaline rush, but it takes multiple listens before you begin to follow all the labyrinthine exercises going on within these raging storms of sound.

In a word, this is fantastic. But take some big, deep breaths — you’ll need the extra oxygen before you’re done here. 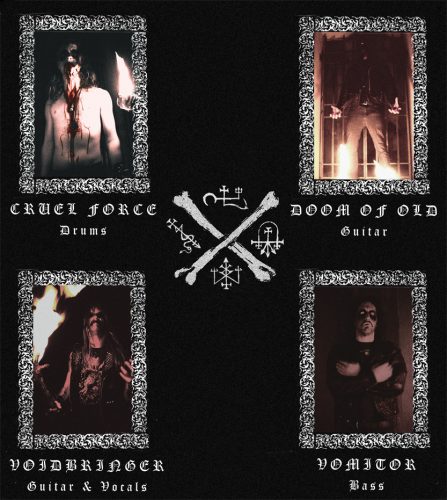