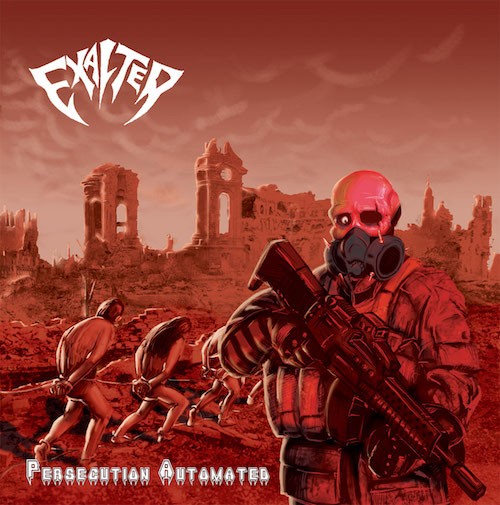 I must say, I really like the name of the Exalter song we’re premiering today — “Slaughter Cleanse Repeat” — because it’s so close to what I do in my listening every day, except I never really feel clean. I certainly feel more slaughtered than clean when I listen to this song, but it’s also very, very easy to repeat the experience, because it’s so damned invigorating.

Exalter’s brand of thrash, as revealed through this song, is not only catchy as hell, it’s also a vicious, jolting, galloping, hard-punching, skull-cracking rush, and the raw, rabid vocals sound like a big angry mastiff eager to taste your jugular blood. 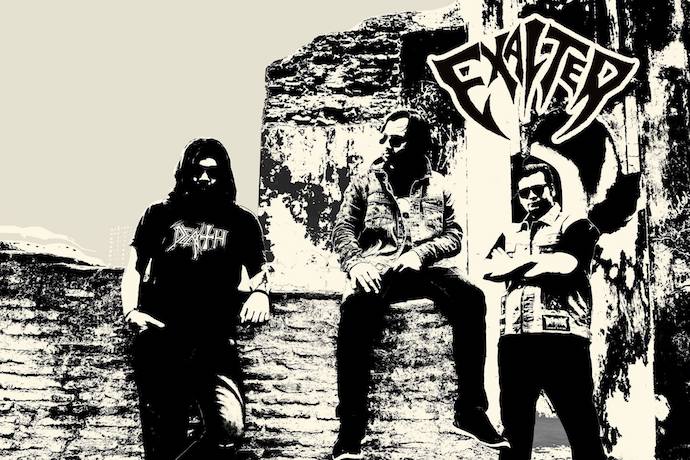 “Slaughter Cleanse Repeat” is one of 10 tracks on this Bangladeshi band’s debut album, Persecution Automated, which will be released on January 28, 2018, by Transcending Obscurity Asia (a sub-label of Transcending Obscurity Records). It comes recommended for fans of Slayer, Sodom, Kreator, Destruction, Darkness, Protector, Slaughter, and Exodus.

Check out this new track below, along with two previously released scorchers, “Clandestine Drone Warfare” and “The Dreaded End“.