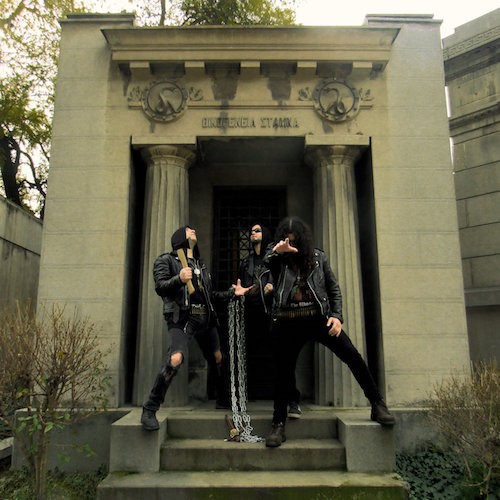 As I’ve mentioned more than once, I’m leaving the country today on a 12-day vacation. I was able to write the two premieres posted earlier today, but ran out of time before I could put together a SHADES OF BLACK feature for this Sunday. As I’ve also mentioned, I made a pact with my wife that I will severely restrict my blogging during this trip. That’s my interpretation of the pact; hers is that I won’t blog at all. This is an ominous misunderstanding.

Before we began the negotiations that led to this pact, I had committed to write three premieres spread over the coming 12 days. I will keep those commitments. I also plan to format and post Andy Synn’s year-end lists, which traditionally kick off our staff’s contributions to LISTMANIA, and I further intend to keep my eye out for the appearance of year-end lists by certain print publications and “big platform” web sites that I usually include in our LISTMANIA series. And I have one more modest goal:

I’m going to attempt to briefly write about one, and only one, new release in order to avoid barrenness on days when we would otherwise have nothing new to post at NCS while I’m gone. It might be a single new song or as much as an entire new album. This post you’re now perusing is an example of that.

What I’ve posted below is a stream of a song called “Witching Thrust” by the Chilean black/death band Communion. It comes from their second album, The Communion, which will be released by Hells HEadbangers on January 26th.

On that same day, Communion will simultaneously see the release of their debut album, At the Announcement, by The Sinister Flame (with distribution by Hells Headbangers). Both albums will be provided on CD, vinyl, and cassette formats.

I’ve become thoroughly enslaved to this song, captivated by the pulsation of its braying chords, its rhythmic barrages, its rabid growls and frenzied barks, its blistering (and virally infectious) riffs, its brilliantly berserk soloing, its completely electrifying energy. In short, it’s a piece of heavy metal gold.

Lucky bastard that I am, I have received promos of both of these albums. I am taking them with me on my vacation. I hope my marriage will survive them.

2 Responses to “ONE AT A TIME: COMMUNION (“WITCHING THRUST”)”