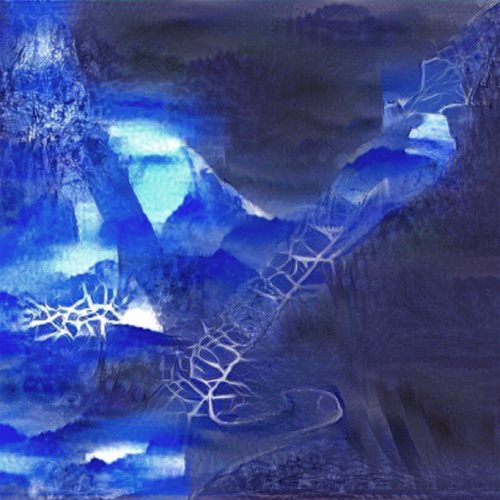 (This is Andy Synn’s review of an unusual new release composed and performed by… well, you’ll find out.)

Over the weekend some of you may have seen, although doubtless many of you didn’t, a story popping up here and there about an AI algorithm writing a “mindblowing” Black Metal (or Death Metal… the reporting is, as you might expect, a little muddled in this regard) album called Coditany of Timeness.

And while, from a purely musical perspective, Coditany… is really more of an EP than an album, and unlikely to be bothering anyone’s End of Year list, from a scientific standpoint it’s still a fascinating experiment in machine-learning and creativity, and one which I felt deserved some coverage here at NCS.

Conceived as part of a submission to the Machine Learning for Creativity and Design NIPS 2017 Workshop, this project – affectionately known as Dadabots – involved teaching a neural network to predict and process snapshots of audio (taken from Diotoma by Krallice) and then, once the network had developed to a sufficiently advanced point (involving up to five million repetitions and refinements as the network was systematically upgraded/downgraded as part of the learning process), allowing it to create the five tracks which you can listen to below.

And while it’s obviously not the most original sounding stuff (it is, in essence, just an algorithmic reproduction of Krallice when all is said and done), it’s actually surprisingly enjoyable, and shockingly natural (you could easily tell me it was created by a real band of real people, and I’d happily accept it), while also raising some very interesting questions about what constitutes inspiration, imitation, and creativity in art.

Most music is, after all, the sum of its influences – reworked, remade, and filtered through the personal experiences and perspectives of its creator(s) – and therefore, in this respect, Coditany of Timeness is not all that different from any other band’s first EP.

Heck, even the artwork, album title and song names (all created by another algorithm, with “Timension” and “Inhusk” being personal favourites of mine) are plausible enough to be “real”, and fit in pretty seamlessly with the genre’s documented propensity for abstract, pseudo-scientific, quasi-philosophical nonsense.

Coditany… also raises questions about what it is to understand music, to grasp it on an intuitive level. And whether machines can ever actively intuit anything at all.

To an extent Dadabots could be said to have developed an impressive grasp of what it is that defines this particular style of Black Metal, eking out long, slow build-ups to maximise tension, before unleashing a stream of rough-textured blast-beats and distorted, semi-melodic riffs, all in the service of a surprisingly effective sense of dynamic and atmosphere.

But… is this understanding? Or is it just systematisation of observed features, analysed and quantised and reduced to a mathematical pattern? At what point can a machine be said to experience inspiration? And at what point can they be said to truly be able to create, rather than simply produce? And are we any different? Is our creativity not just the same pattern of inputs and outputs? At what point does this nebulous thing, this divine, artistic “inspiration” enter into the equation?

These are complicated questions, obviously. And far above my pay-grade.

But it’s experiments like this one (such as the worryingly convincing classical works produced by Experiments in Musical Intelligence aka Emmy) which can help us to draw deeper conclusions (and ask even deeper questions) about the nature of art, and the nature of humanity.

And if those sorts of questions don’t fascinate you… what the hell are you doing listening to Metal in the first place???