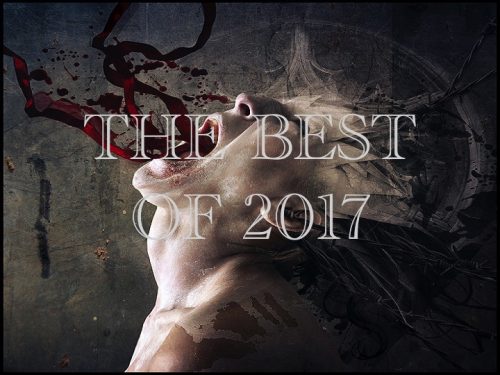 (Andy Synn’s week of reflections on 2017 metal continues today with his list of the year’s Great albums.)

So we’re officially almost at the end of my annual Listravaganza already… after today there’s only my semi-objective (but not really) Critical Top Ten, followed by my totally biased, shamelessly self-indulgent Personal Top Ten… and then that’s it. We’re done for another year.

But don’t fret, there’s still lots of albums left for you to sink your teeth into before that happens, and today’s selections represent – in my opinion at least – the absolute cream of the crop from 2017.

I will stress again, of course, that this list shouldn’t be considered comprehensive (although it is eighty goddamn albums long), as covering every single release from the last twelve months is basically an impossible task, nor is it specifically ranked in any way, beyond the fact that I think each of these albums deserves to be considered in the top tier of this year’s fulgent metallic crop.

Anyway, without further ado, I present to you… the Great albums of 2017. 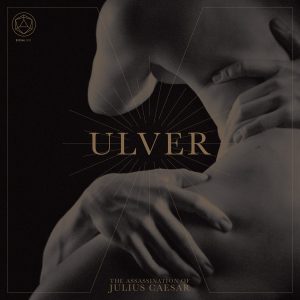 First off I’d like to add an honourable mention to the ever-changing musical metamorphs in Ulver as, even though The Assassination of Julius Caesar wasn’t a Metal album, it’s still a brilliant piece of work, replete with layer after layer of intriguing hidden secrets just waiting to be uncovered. 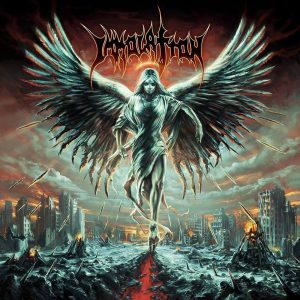 On the flip side to this, the ever-reliable, ever-resolute, ever-relentless Immolation continue to set the gold standard for Death Metal with their tenth(!) album, closely followed by similarly humongous, riff-tastic albums from Dyscarnate and Power Trip.

Sticking to this deathly theme, the soul-crushing strains of Appalling Ascension (The Ominous Circle), Deliverance From The Godless Void (Desolate Shrine), and Divine Cessation (Valdur) meant that those of you who like your Metal grim, blasphemous, and a little bit blackened, were well-served this year.

And you can also add to this the similarly nasty and unflinchingly gnarly releases by Vassafor, Venenum, and Sunlight’s Bane, all of whom richly deserve your praise (and your money) for their new albums, as do deathly-doomsters Spectral Voice for their debut Eroded Corridors of Unbeing. 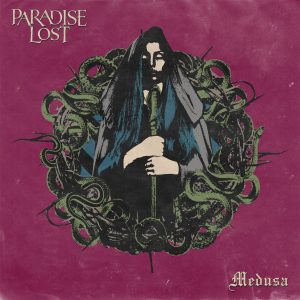 While we’re at it, the doomier end of the spectrum in general had a lot of great stuff to offer us this year too, with living legends Paradise Lost producing an unexpected career highlight in Medusa, as did both Red Moon Architect and Nailed to Obscurity, while sophomore albums from both funereal filthmongers Loss and tormented titans Bereft brought both the pain and the pleasure to those who love to wallow in sonic misery.

And, of course, we can’t forget the post-apocalyptic blackened doom of Fell Ruin and their debut album, To the Concrete Drifts, or the truly heart-rending debut from Hallatar, can we? 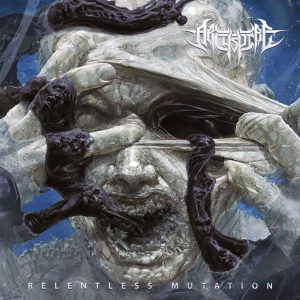 In the Tech Death sphere, hyperspeed fanatics Archspire gobbled up most of the headlines with their brilliant third album Relentless Mutation (even if I think it ends on a slightly anticlimactic note), but that doesn’t mean we should forget or fail to acknowledge similarly killer releases from Gigan, Inanimate Existence, and Decrepit Birth.

Nor should we overlook the unexpectedly (or maybe predictably?) awesome debut from Fleshkiller, the metaphysical Prog-Tech delights of Sutrah, or the bombastic, rifftastic Do Not Deviate from Boston’s Replacire.

The ferocious, forward-thinking Urraca by Sunless also needs some major love, as does Wrong One to Fuck With, the latest welcome helping of blistering technicality and bone-headed brutality from Dying Fetus.

Speaking of brutality, the quad-damage assault of Hour of Penance, Benighted, Scordatura, and Hideous Divinity, gave January, February, March, and April a serious kick in the teeth… one which I think some people still haven’t fully recovered from. 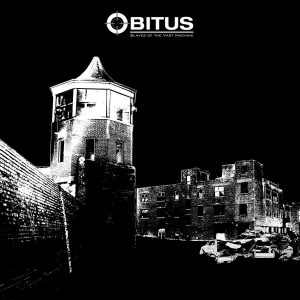 Before I go any further, I feel like special mention should go to both Bell Witch and Obitus for pushing the envelope with their humongous, single-track albums Mirror Reaper and Slaves of the Vast Machine, both of which sought to tell a singularly cathartic and coherent story through an extended musical medium. 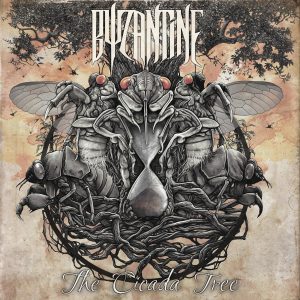 2017 also saw some truly sublime sonic storytelling from The Flight of Sleipnir, Cormorant, and Vintersorg, as well as ambitious concept albums from rising Death Metal stars Abhorrent Decimation and The King Is Blind, not to mention a return to the very top of their game from The Black Dahlia Murder.

They weren’t the only big name to make some big waves this year either, as Decapitated brought out the big guns for Anticult… only to have subsequent events (understandably) overshadow the album’s ferocious blend of deathly grooves and technical, thrash-infused riff work.

Moving swiftly on, the multifaceted metallic magnetism of Byzantine and the audacious atmospheric attack of Adimiron took listeners on a rollercoaster ride of energy and emotion, as did the utterly visceral and uncompromising new album from Employed to Serve. 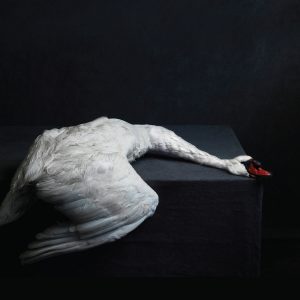 The ever-nebulous field of “Post Metal” gave us a handful of truly stellar releases this year too, with established artists like Amenra and Junius producing perhaps their best work yet, alongside several new names – Gloson, Cranial, The Drowned God – who aptly demonstrated that that the future of the scene is very bright indeed.

And if you were looking for something a little more Prog, then 2017 also had you covered, from the indulgently labyrinthine strains of Dreadnought, to the more instantly accessible (but no less rewarding) melodic thrills of Leprous (Malina being perhaps their best work since Bilateral), to the moody introversion and brooding intensity of Foscor.

On top of that, those Norse Prog-Wizards in Enslaved recovered from the slight stumble of In Times with the masterful E, proving that there’s still fresh life in the old dogs yet, while the debut album from Scotland’s Dvne revealed that you don’t have to be a big name to make a big statement. 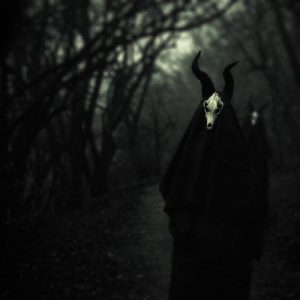 Finally, remember how I said in my “Good” column that 2017 has been a very Death Metal friendly year? Well, while that may well be the case overall, it turns out that Black Metal didn’t exactly have a bad year either, with multiple bands – both old and new – producing some truly excellent examples of blackened brilliance.

Awesome albums from the likes of White Ward, Selbst, and Au-Dessus vied for our attention with new (and potentially career defining) releases by more (in)famous acts like Nightbringer, Aosoth, and Blaze of Perdition, while scathing releases from both Dawn Ray’d and Cold Fell (RIP) demonstrated the importance of both the music and the message… although I shudder to think exactly what sort of message is being passed on by those occult oddities in Dødsengel…

Debut albums from Somnium Nox, Rebirth of Nefast, and Tyranosorceress suggest that the future of the genre is in good hands, although that doesn’t mean we should ignore the fact that more established bands like Woe, Black Anvil, and Der Weg Einer Freiheit have already taken hold of it for themselves (even if Finisterre isn’t quite as good as 2015’s Stellar). 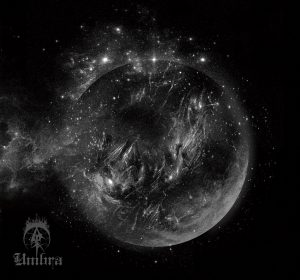 On the more atmospheric side of things, The Great Old Ones continued to weave their inhuman spell over the Metal world with EOD: A Tale of Dark Legacy (although Tekeli-li is still the better album in my opinion), while Icelandic iconoclasts Almyrkvi continued their journey into the stellar abyss with the long-awaited release of their debut album Umbra.

The majestic second album from Havukruunu is equal parts power and glory, as is the soul-stirring second album from Sweden’s Grift, although both of these are perhaps overshadowed by the exceptional debut by Ohio-based blackened doomsters Coldfells. 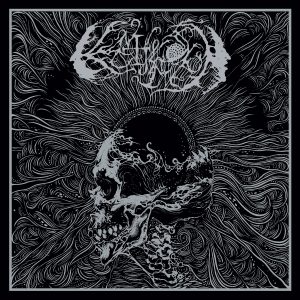 None more grim, and none more blasphemous, Bestia Arcana, Entheogen, and Farsot all produced their own vile works of witchcraft this year, each of which could arguably vie for the title of “best Black Metal album of 2017”, while the pure savagery of Lorn, the haunting horrorscapes of Throane, and the bombastic swagger of A Hill To Die Upon saw each band bringing their A-game to the table this year.

And last, but by no means least, 2017 saw the ever-divisive Satyricon overcoming some serious adversity to deliver their best work in years, seamlessly blending classic blackened glamour with caustic modern groove.

So there we have it, eighty releases which I think represent the absolute cream of the crop from the past twelve months. And to make things even easier for you all, I’ve once again listed every single entry alphabetically below, with Bandcamp links included wherever possible.

Obviously there will be many omissions (some of which I mentioned in my “Good” article yesterday), mostly due to me simply not having enough time to listen to everything I wanted to, so feel free to chime in in the comments section with your own recommendations… although maybe check out my “Good” and “Disappointing” lists first to see if your suggestion has already been mentioned there.

And I hope you’ll all tune in again tomorrow to discover which albums make up my Critical Top Ten this year… and why.

A Hill To Die Upon – Via Artis Via Mortis

Aosoth – V: The Inside Scriptures

Black Anvil – As Was

Dreadnought – A Wake in Sacred Waves

Dying Fetus – Wrong One To Fuck With

Employed to Serve – The Warmth of a Dying Sun

Entheogen – Without Veil, Nor Self

Fell Ruin – To The Concrete Drifts

Hallatar – No Stars Upon the Bridge

Inanimate Existence – Underneath a Melting Sky

Junius – Eternal Rituals for the Accretion of Light

Obitus – Slaves of the Vast Machine

The Flight of Sleipnir – Skadi

The Great Old Ones – EOD: A Tale of Dark Legacy

Ulver – The Assassination of Julius Caesar