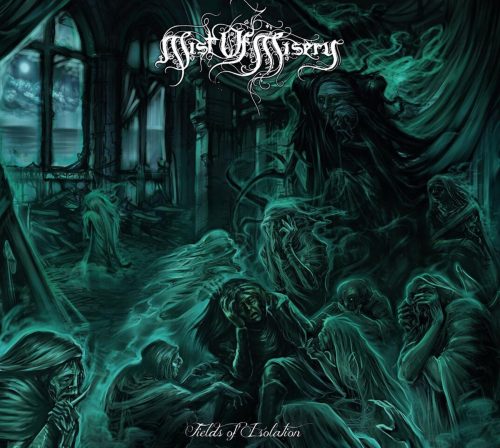 I have kept an eye on Mist of Misery ever since I listened to Absence, which was released in 2016. I spent that year focused on Black Metal. I remember it was after a painful journey through lots of underground bands who were too simple and pretty basic that I finally found Absence. I enjoyed the excellent song structures, as well as how they handled the changing moods, and really liked the drumming as well.

After Absence they released Shackles of Life last summer, and a song from that EP was premiered here. The EP wasn’t reviewed, but I can blame it on me being busy and 2017 being a year where Death Metal consumed me; I was pretty much in the Neanderthal spectrum of metal things.

Now MoM are releasing a new EP called Fields of Isolation though the Swedish label Black Lion Records from Umeå, and I couldn’t let it pass without reviewing it: 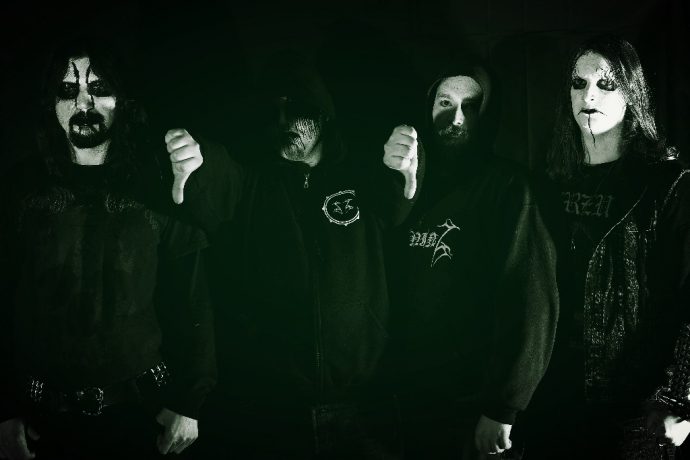 MoM have an interesting melancholic tone with a melodic essence, but they are rhythmical and dynamic at the same time. I mean they come from Sweden, yet it is not like they come with cold things too often. So to me the music is not depressive. The atmosphere they bring into their songs is classical-music oriented, so it doesn’t sound like “your average synthetic atmosphere”, and that makes the music better than many other projects out there.

This BM subgenre, the atmospheric, post-BM, ambient corner, is prone to have an overweight of artificiality, and just bad attempts to add that extra layer of ambience. A large volume of releases without proper production makes finding good bands a muddy and tricky business. But the search is worth the effort when you find bands like MoM who properly care about music production, composition, and combining styles in a way that makes the music interesting.

At the beginning of the opener, “Fields of Isolation“, a classical ballad-like piano serves as the intro to a song that leans toward post-black metal, or that modern way of doing things in BM. Even though the vocals effuse despair, the melody keeps the song warm. After a brief respite the song builds up the mood again and the fast pace is regained; it is an appealing structure because they build momentum all the way. Toward the end, deep doom-like growls appear, but even this doesn’t turn the pendulum toward doom because, again, the song is way too warm to classify it as such. So it has variation, it seems that that’s what they are aiming at, and it brings a feeling of originality.

“Across Empty Pastures” displays the melancholic tone, but transitions to a classical style as it develops. The female chorals blend in with violins; this is perhaps one song that could fit well as an interlude. MoM are fond of pretty fancy classy interludes actually.

“Hymn to Silence” is interesting and darker than the aforementioned songs. A pretty heavy-metal-oriented solo is the focus in the first part of the song, but this retro addition doesn’t color the whole track. Keys and atmospheric synths soon follow and make the transition toward the post-BM riffs to follow. The song then grows darker with the funereal keys, and the heavy solo returns. I may have not been experienced enough about how the funereal ambience is built in Funeral Doom, but as far as I remember, the word “heavy” has never crossed my mind. So this retro solo is a nice addition.

The way in which MoM bring a heavy influence into this, yet keep the music solemn and worthy of an “Ode to Death”, is a great discovery. I’ll have to think about the technique the next time I listen to this subgenre. I like funereal ambiences a lot! Mist, ravens, tombs, The Dead, and such…

The song ends with dynamic drumming, and the tempo variation is another strength of the song. The more BM parts are carefully contructed as far as tempo goes, so that it keeps on increasing as the song progresses. If you actually cut out the atmospheric interludes, it progresses nicely, and is something Mist Of Misery always do, and they are effective in lacing the overall melody in with the guitars as well. The song’s end is not dark at all — a bit dissonant perhaps and experimental.

There is a different tone altogether when it comes to the keys in “A Drift in Cosmic Vaccuum“, but in spite of that it is tied in structurally with “Across Empty Pastures“. Toward the end Burzum comes to mind definitely. It is pretty much that echoey, icy sound — a classical Burzum-like interlude before you get to dive into a Coldworld cover (“Tortured By Solitude“).

Of the three remaining songs, “Crystal Vapour Eclipse” is classical piano in its entirety. I used to attend classical concerts, but it has been a while and I’m no classical expert. I guess I’m not qualified to judge this song. It is pleasant though, and impressive. 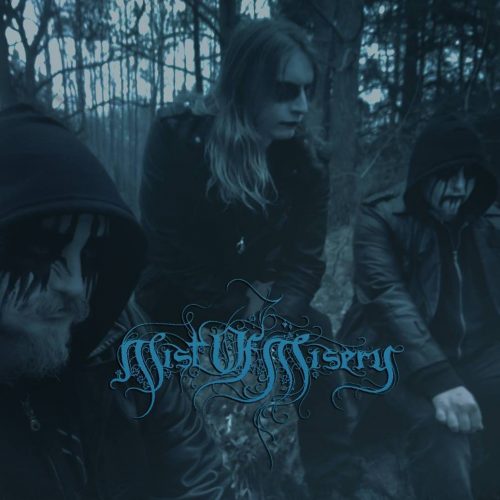 It’s sad that there are not many Symphonic Black Metal bands out there — and I don’t mean BM that has some violin or flute thrown in for good measure. I mean classically influenced in composition, tempo, and structure — deeply influenced, not superficial BM with some symphonic elements. It takes some dedication and skill to delve into classical waters within a black metal framework. I hope MoM bring even more of these pure classical sounds to BM in the future.

The whole EP is a good showcase of what Mist of Misery can do, and I’m already looking forward to the next album release, which won’t take long, given how prolific these guys are. And you need to listen to the other EP they released this year as well (Shackles of Life), because it is tied in with Fields of Isolation, to grasp the whole thing. It will be a good addition to your Atmospheric BM list.

3 Responses to “MIST OF MISERY: “FIELDS OF ISOLATION””