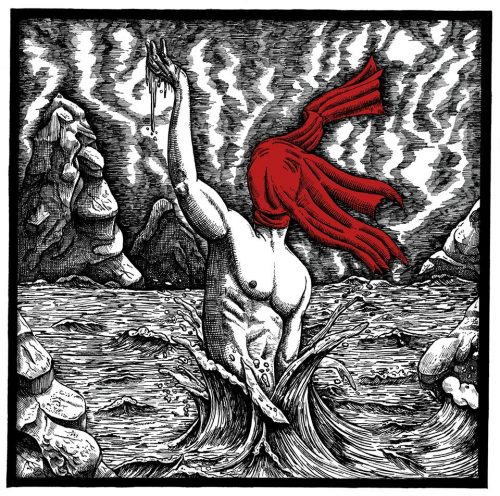 Roughly three months we premiered a remarkable debut album named Ho Anthropos Tes Anomias by the Spanish band Mystagos, which was subsequently released by Clandestine Faith. In an accompanying review, I wrote about the way in which spiritual inspiration and distinctive musical talent had come together in an unusually successful way: “The music itself has an otherworldly and occult resonance, channeling the exploration of dark mysteries, the exaltation of sinister forces, and the delirium of madness”.

Given the rare appeal of that album, we were excited to learn that Mystagos has prepared a new collection of songs, an EP entitled Pvrvsha, which is projected for release on February 1, 2018, by BlackSeed Productions., with great cover art by Opposition Artworks. It includes three black metal songs and four dark ambient songs, and today we have the good fortune to bring you the premiere of one of the black metal tracks: “Drowning In the Sea of Unconsciousness“.

Conceptually, Ho Anthropos Tes Anomias was a tale of metaphysical divination, following in detailed steps the efforts of a creature called the Wordbearer as he sought “to elevate his disciple’s spirits unto descent”, and Pvrvsha is described as “a new gospel from the Wordbearer”. As BlackSeed Productions explains:

“This eclectic and experimental new offering delves deeper into the band’s mythos, bringing with them new sonic landscapes that range from the industrial/ambient to the most rabid Black Metal. The wide-range of concepts included in this release culminate with the aural exploration of the Purusha, the cosmic man sacrificed to create all life. A piece of the cosmic soul present in everything, retained by the shells of this failed creation.”

“Drowning In the Sea of Unconsciousness” provides a tantalizing glimpse into the these new sonic landscapes. It has a dreamlike and surrealistic quality, but it is a dream beset with a feeling of terrible danger. Segmented by eerie guitar bridges, the song moves in phases. In the first one, near-chanted clean vocals rise and fall in reverential tones over a bounding drum rhythm and a chiming riff that moves like a mystic pulse. The drumming slows and quickens, and the layering of guitars creates a moving supernatural shroud of abrading sounds.

After the first of those bridges, the drums erupt in blasting, the guitars whirr and boil in a frenzy, the voice becomes a serrated bestial growl, and the feverish surge is infused with an ominous, arcane melody. But after the second bridge, the atmosphere of the song changes again. Moving at a stately stalking pace, it takes on an air of grim, brooding, cursed majesty, the guitar notes pealing like hellish bells, the tones spearing the mind. 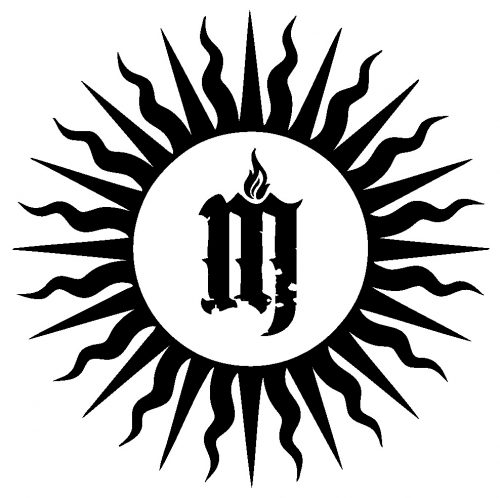 Mystagos has already proven itself to be a musical project worth watching very closely, and this first sign of Pvrvsha provides further proof. It has quickly landed on my own “most anticipated” list for the early months of 2018.

BlackSeed will reveal further details about the EP at a later time. Check the links below for updates (or just check in with us from time to time, because I’m sure we’ll be spreading the news too).

7 Responses to “AN NCS PREMIERE: MYSTAGOS — “DROWNING IN THE SEA OF UNCONSCIOUSNESS””