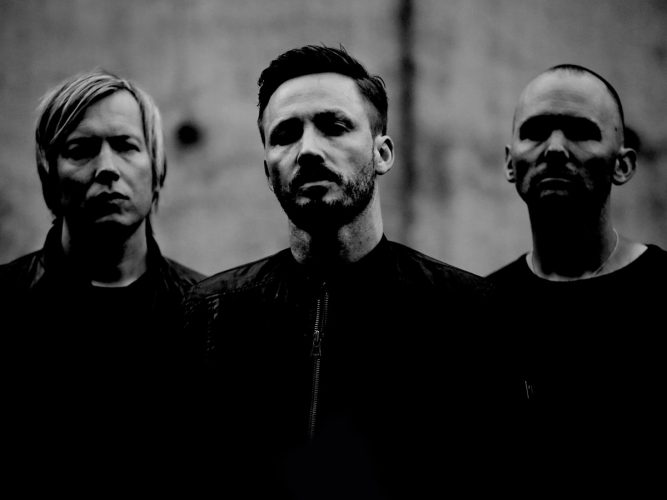 (In the final Synn Report of 2017, Andy assesses the discography as it exists to date of the distinctive Norwegian band Drottnar — whose Facebook page is here.)

For the final edition of The Synn Report in 2017 I found myself torn between a number of possibilities, ranging from bruising, technically-adept Death Metal, to high-energy, thrash-infused Melodeath, to grim and gritty Black/Death riffosity.

In the end however I made the choice to go with the Technical/Avant-Garde Black Metal menace of Norway’s Drottnar (although don’t worry, the other bands referenced obliquely above will all be getting their own features very soon).

Calling their sound “Bunker Metal”, the Fredrikstad quintet have always been one of the more unusual and hard-to-pin-down members of the Norwegian scene, with a sound that largely defies easy definition and clean categorization, and an image that pulls more from Soviet-style militarism than the pseudo-fascist iconography employed by many of their brethren.

However I’m hopeful that this column will serve as a great introduction to a band who I think are one of the most overlooked, and underrated, acts to ever come out of the great frozen North. 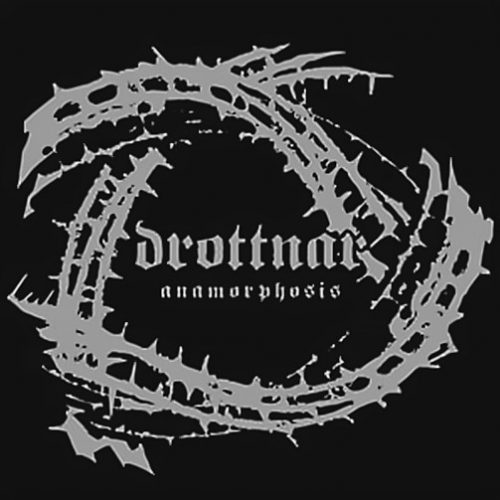 The band’s debut EP, which quickly saw them shrugging off the awkward “Un-Black Metal” tag which they’d been lumbered with following their earlier demos, was a much more straightforward affair than the albums which would follow it, but not without its charms.

The eerie, melodic strains of “Morphosis” provide a slow-burning, scene-setting introduction, eventually giving way to the raw, rough-and-ready blackened belligerence of “The Individual Complex”, all croaking, cadaverous vocals, grim, grimy grooves, and scalding tremolo melodies, after which the sinister violin work and angular, atonal riffs of the punishing “Sin Climax” provide an early glimpse at some of the band’s more unusual and unsettling ambitions.

Concluding with the bone-rattling “Concord”, Anamorphosis is a short, sharp, and suitably savage little primer for a band who would quickly go on to do much better, much weirder, things. 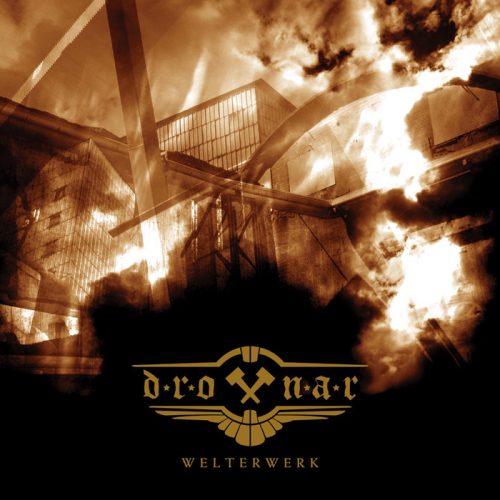 Right from the start, the band’s debut album showcases a huge improvement not only in sound but also in style, with opener “Ad Hoc Revolt” immediately unleashing a visceral, chaotic assault of skittering, chattering drums and deliciously dissonant, technically twisted riffs, alongside a plethora of ghastly grooves and wickedly infectious, off-kilter hooks, after which the sinister strains of “The Kakistocracy Catacombs” throws in all that… plus the metaphorical kitchen sink… in a monstrous display of spasming guitars, doom-laden discordance, and weird, antithetical melodies, all delivered in disturbingly disjointed, yet never directionless, fashion.

“Autonomic Self-Schism” is a violent explosion of strafing tremolo runs and machine-gun rhythms which finds the band really pushing the extreme envelope while also incorporating some seriously brooding, distorted bass-lines and brazenly dissonant chords, while “Niemand Geht Vorbei” is more of an interlude/intermission designed to ease the listener’s transition into the album’s second half, which begins with the noirish, Dødheimsgard-esque oddity of “Victor Comrade”, before ratcheting up the heaviness and the intensity with blasting bombast and tormented tangle of mangled guitars which is “Stardom in Darkness”.

“Rullet” is five minutes and twenty seconds of groove-heavy grit and grimness perfect for fans of Chimera-era Mayhem or Rebel Extravaganza-period Satyricon, culminating in a extravagantly doomy, devilishly disharmonic finale, while “Destruction’s Czar” goes for a much more difficult, much more technical, and much more avant-garde approach, with the band throwing in a multitude of jarring twists, complex riffs, and unpredictable shifts – moving swiftly back and forth between harsh, staccato rhythms, raving blastbeats, and finger-crippling fretwork – over the course of eight extremely unconventional minutes.

The album’s finale, “Vulgo Vesper” is, if anything, even weirder and more warped than anything that preceded it, sounding like a Soviet war-hymn filtered through a prism of dissonant, blackened Doom, and ends the record on a purposefully unsettling note, but one which fits in seamlessly with the band’s unorthodox and outlandish aesthetic. 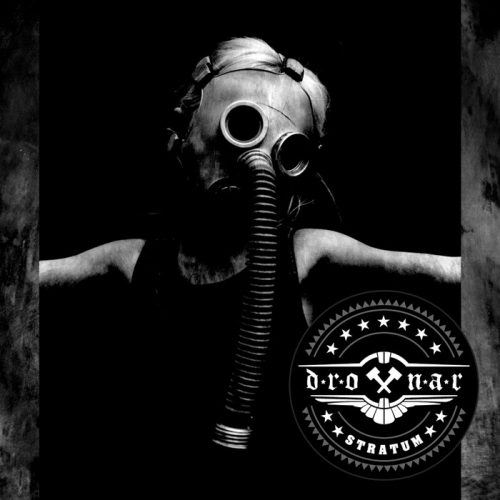 Maintaining their penchant for bizarrely-shaped riffs and calculated quasi-melodic chaos, but marrying this to an even more surgically-precise and more bombastic sense of groove, Stratum sees Drottnar streamlining and refining their sound somewhat, without losing their unique and offbeat sense of disharmonic drama.

Opener “We March”, for example, kicks things off with a frenzied barrage of Krallice-esque technical riffage and off-kilter grooves, the band continuing to march to the beat of their own drum(mer), with little regard for common convention or established order, while “Slave” blends choppy, hypnotic rhythms and scrappy, scattergun blastbeats into one gruesomely infectious whole.

“Cul-de-Sac” is an unexpectedly anthemic slab of slithering riffs, convulsive grooves and rapid, militaristic percussive patterns that worms its way under your skin in short order, after which the compulsive creep and crawl of “Soul Suburbia” builds its way, slowly but surely, towards a gloriously ominous and balefully bleak finale over the course of seven superbly swaggering minutes.

With “Seven Suns Shining” the band unleash a veritable blitzkrieg of blistering riffs and blazing blastbeats underpinned by some undeniably brilliant and immediately impressive bass work, which paves the way for the pulverizing Satyricon-on-steroids metallic malevolence of “Lucid Stratum”, probably one of the heaviest and most aggressive tracks the band have recorded thus far.

Penultimate track “Ersatz” is just as off-kilter, angular, and atonal, as you might have come to expect by now, but also possesses a palpable aura of barely-subdued menace atop its cavalcade of bone-rattling blasts, prowling, predatory grooves, and mind-bending, fret-melting riffs, which – when coupled to the lurching, jerking, violently propulsive guitar work which drives the climactic “Wolves and Lambs” – helps bring the album to an extremely visceral and venomous conclusion. 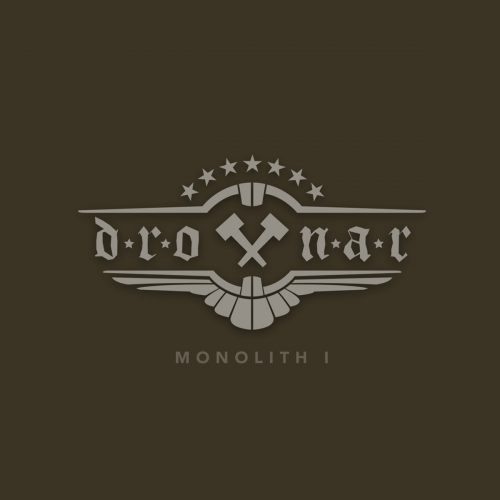 The band’s latest EP takes their signature sound and adds a much larger dose of groove, a shade more Industrial nastiness (a la Thorns), and thicker, meatier production to the proceedings, resulting in a sound that’s much more instantly accessible – just one listen to opener “Funeral of Funerals” will tell you that – but which still maintains the band’s quintessential oddness.

The unconventional structure and atypically phrased riffs that underpin “Aphelion” are instantly recognizable as Drottnar, for example, but the song’s eerie atmosphere also recalls the more lethal end of Nachtmystium’s extensive repertoire, particularly during the song’s bitterly bleak and hellishly infectious finale.

The EP’s pièce de résistance however is the six-minute “Subterranean Sun”, which deals in the sort of heaving, hypnotic rhythms, and perfectly-honed, pitch-black hooks that Satyr and Frost have long since made their stock in trade, while also throwing in some subtle progressive touches and cleverly technical twists along the way.