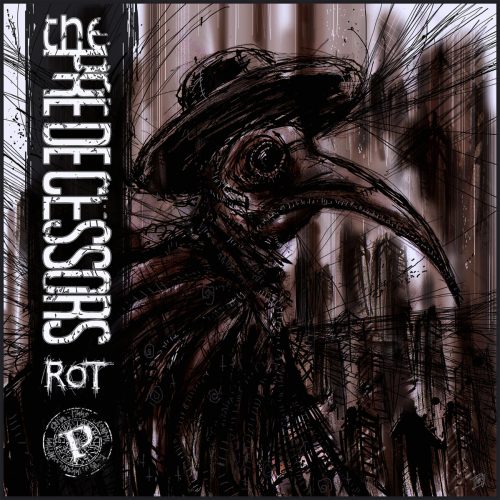 (Here’s Andy Synn’s review of the debut EP by The Predecessors from the UK.)

It’s a simple fact that not every band knocks it out of the park on their first try. And, in today’s high-speed, high-attrition digital world – where a thousand new releases are just a few keystrokes away, and new bands have to crawl and scrabble and claw for even the merest scrap of attention – it’s all too easy for an otherwise talented young band to slip between the cracks simply because they don’t quite have all their pieces in the right place yet.

Which is very nearly what happened with Nottingham quintet The Predecessors and their debut EP, Rot. 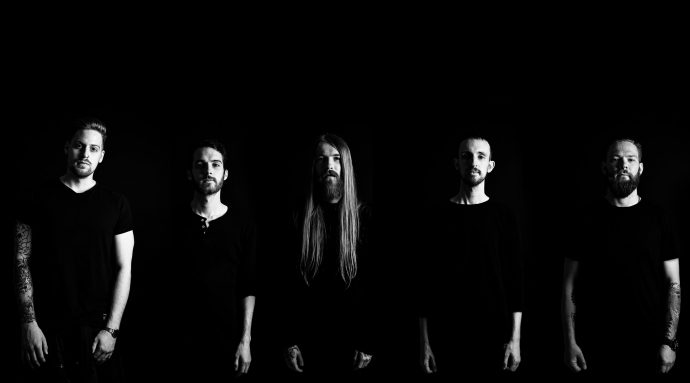 But while the high-energy hookiness of “Godless” might be a little too dj-eneric in the grand scheme of things… and the less said about the mawkish and sickeningly saccharine strains of “Ekimmara” the better… over the past several weeks I’ve found myself returning to this EP, despite its flaws, far more often than I expected to.

Granted, the band’s brand of technically proficient, distinctly djentrified Deathcore mayhem might not be the most original thing on the market, but the group’s impressive instrumental abilities, plus the sheer moxie, spunk, and gumption displayed on songs like the pounding “Graveyard of Giants” and the convulsively heavy, compulsively hooky “Hellbringer” often makes for a surprisingly winning combination.

The big question that this EP leaves you with, particularly after closer “Poet” finds the band oscillating between the heaviest and most melodic aspects of their sound, is where the band are going to go from here – will they double down on the heaviness and aggression (which, arguably, is what they’re best at), or pursue a more unashamedly crowd-pleasing path… or continue to try to do both at once and cover all the bases?

For my part I hope they focus in more on the heavier elements showcased on “Graveyard…” and “Hellbringer”, as it’s the intense riffage and frantic drum work on these tracks which stand out the most and make the biggest impact.

Whatever happens though, there’s a lot of promise and potential on display on Rot – uneven and unrefined as it may be.