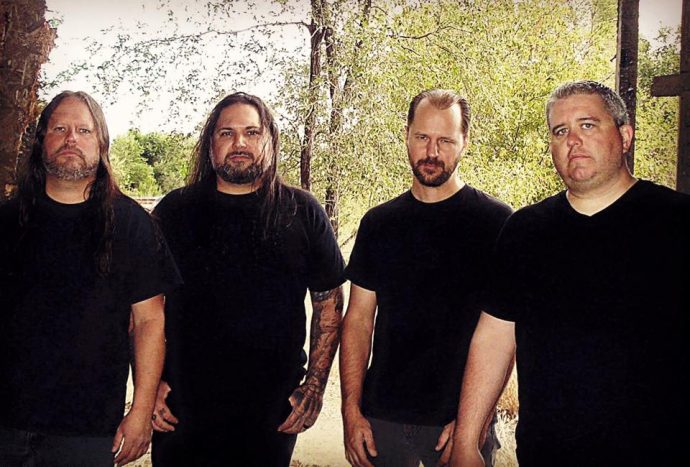 Some very strange and horrible things are going on in the video we’re presenting today… things involving mysterious coins made of mysterious (and ghastly) substances by a devilish creature with the aid of a bride under his sway, coins that seem to have their own sinister and seductive appeal as they circulate…

There’s a band in the video, too, a quartet of sludge/doom crushers from the Chicago area who call themselves Pale Horseman, and their song “Phantasmal Voice” is the neck-wrecking track that provides the soundtrack to this strange short film. It’s the closing track from the band’s latest album, The Fourth Seal, which is out now via Black Bow Records. 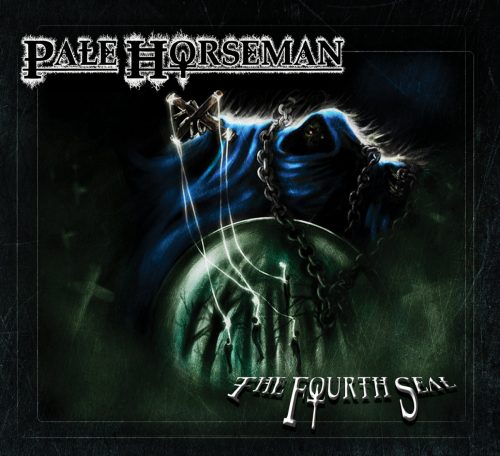 There are plenty of sinister and arcane happenings in the song, just as there are in the video, thanks to the edge of madness in the riffs, the livid anguish of the vocals, and the increasingly freakish and unsettling nature of the narcotic guitar leads.

But above all else, the song is a lumbering monster, with immense riffs the size of redwood trees, gut-rumbling bass lines, drum hits that punch hard enough to rupture organs, and those raw, braying howls in the vocal departments. And on top of all its titanic and twisted qualities, the song is also an insidiously infectious piece of music, especially when the band locks into an irresistible groove near the end.

The band offered these comments about the video:

“The video was done by Addovolt Productions and is the brainchild of director Derek Joseph Quint. We worked together with Derek once before in the making of the video for ‘Conquistador.’ Derek is great — we give him the music and lyrics, and he’s able to create these amazing visionary story lines. Plus, he’s very easy to work with”.

As for the lyrics of “Phantasmal Voice”, Pale Horseman explain:

“They tell the story of a dying man who is distraught with misanthropy and depression as he passes from the physical realm into the spirit world. Accepting his current state and looking back on his previous form, he is overcome with loneliness and regretful of the way he spent his time as he calls out in desperation to the world he once knew.”

The Fourth Seal (a full stream of which you can also find below) was recorded, mixed, and mastered at Comatose Studio in Bradley, Illinois, U.S.A. by Dennis Pleckham of Bongripper.