I’ve been a big fan of “Carried By Lucifer’s Wings” since I listened to it the first time before agreeing to premiere the song last August. If you haven’t heard it yet, it’s one of eight tracks on Potestas Magicum Diaboli, the debut album by Asagraum, a band whose line-up (as of the time of this recording) consisted of Dutch guitarist/vocalist Obscura and drummer T. Kolsvart, who is Canadian but lives in Norway. 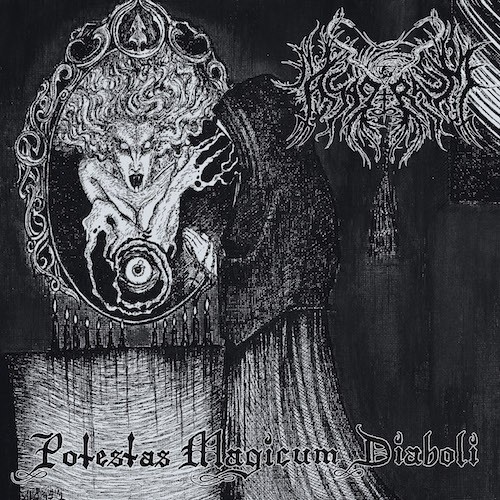 It really is a goddamned glorious song. Every part of it is magnetic, but especially when Asagraum shift into a rocking rhythm. The song gets your head moving, but it’s also a twisting and turning beast that’s deliriously vicious, and it further succeeds in creating a disturbing, ominous atmosphere, with Obscura’s voice exploding in cauterizing howls of wrenching extremity. 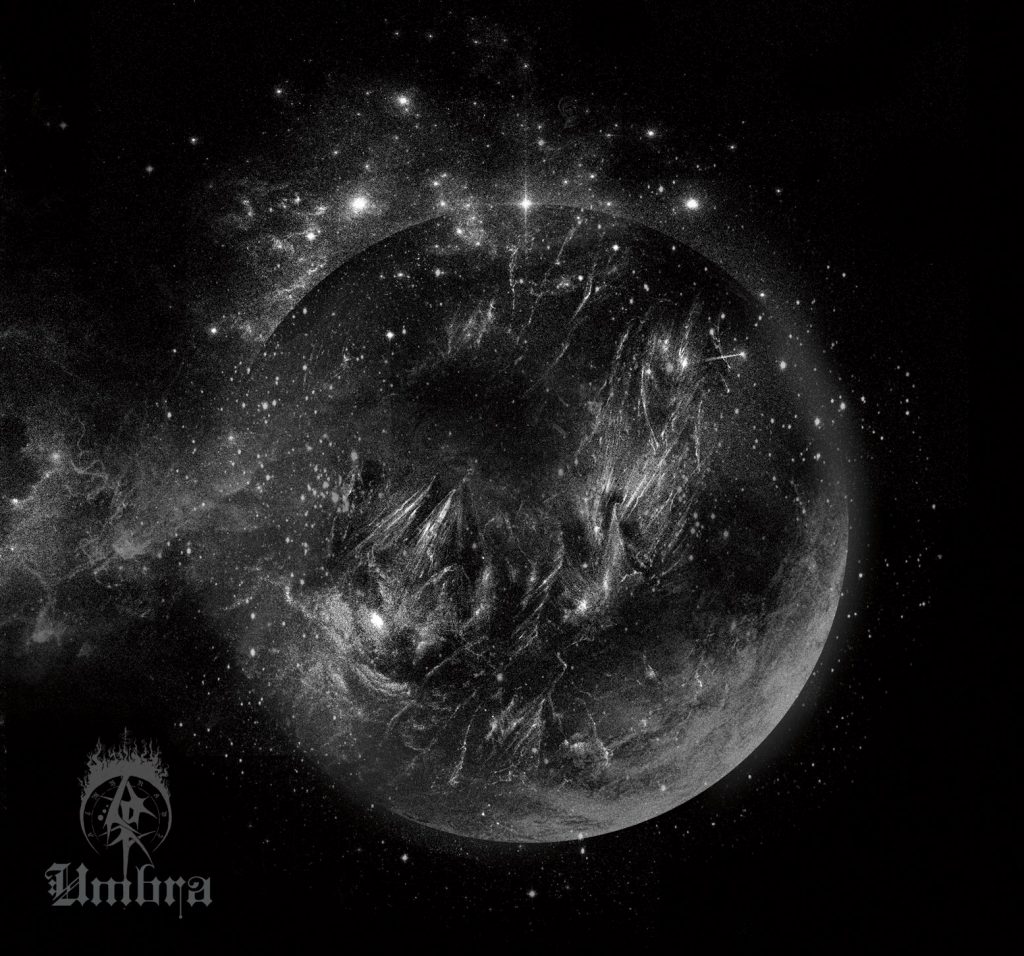 Last year we gave quite a lot of attention to the debut album of this Icelandic band (whose members consist of multi-instrumentalist/vocalist Garðar S. Jónsson and drummer Bjarni Einarsson, both also participants in Sinmara), including a premiere of a full album stream accompanied by Andy Synn’s review. In that review Andy described a track called “Vaporous Flame” as:

“…nine minutes of cascading blastbeats, sweeping tremolo runs, and ominous, towering chords, all interwoven with a mesmerising array of crystal-clear clean vocals and cavernous growls, and enveloped in an atmospheric aura as bleak and as biting as the empty void….”

I added my own thoughts about the track in a different post:

“’Vaporous Flame‘ has a chilling, otherworldly atmosphere, harsh and unforgiving, yet it intersects with sensations of deep sorrow and grim, forbidding majesty. There are clean vocals in this track along with blood-freezing roars and howls; the clean vocals enhance those feelings of loss and agony. What a completely enthralling piece of music this is….”

This might strike some people as an unusual choice for this list, which focuses on “infectiousness”. It’s certainly not an overt headbanger, but I’ve found that the track is quite memorable and repeatedly calls me back to it in a way that I think justifies the pick. 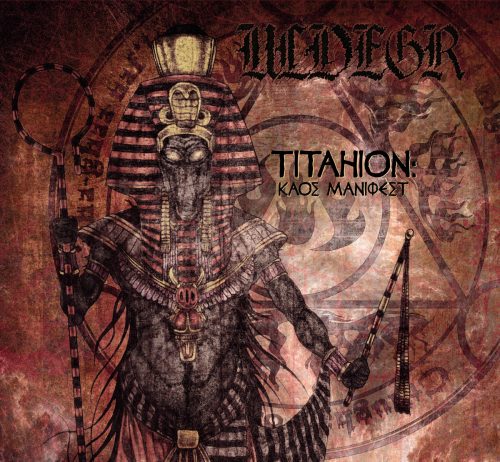 I wouldn’t have included this next song on the list as early in the roll-out as I have were it not for the reminder from a long-time NCS supporter (Booker) of how good this album is. Thanks to his recent comment on a different post, I returned to the album for the first time in months.

This is yet another instance where one of our own premieres provided the first occasion for a deep dive into the music. Last April we premiered the entirety of Titahion: Kaos Manifest, which is the fourth album of this Ukrainian band.

As I wrote in the accompanying review, the album presents many different dimensions, but with a persistent ritualistic aspect and a recurring intensity that’s gripping. Of the song that I’ve chosen for this list, I wrote:

“‘Throne Among the Void‘ represents one aspect of that intensity. Listening to it is like being immersed in fire, enveloped in powerful waves of fierce tremolo riffing and sweeping keyboards that give the music a mystical atmosphere, and propelled by a powerful and dynamic drum attack. The vocals in the song — as they are throughout the album — are terrifying. Helg and his guests have created bedlam with their voices, as if different characters are appearing in a play, but all of them tortured, insane, or inhuman.”

What I didn’t say then but is clearly true, is that the song is really infectious on top of everything else. 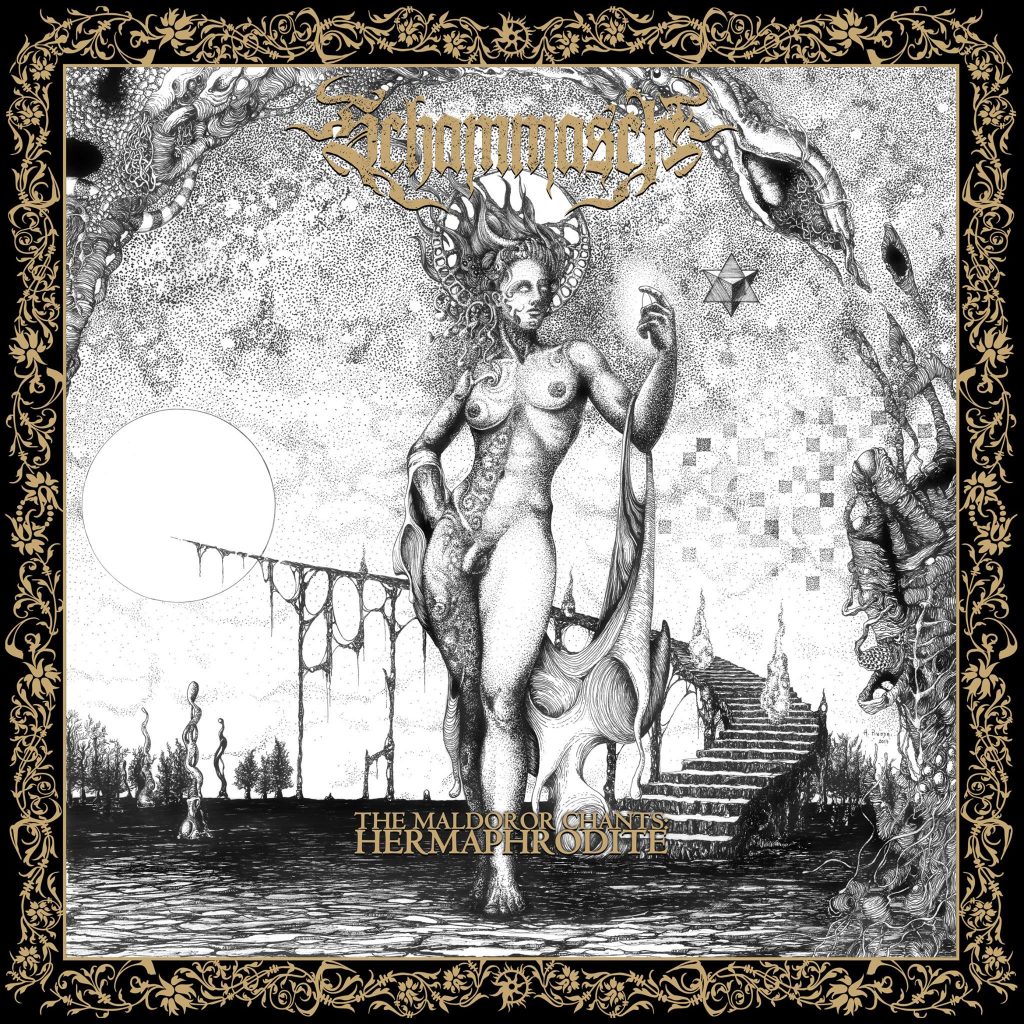 Here’s another example of a song that I wouldn’t have added to the list as early as I have in the rollout, and quite possibly wouldn’t have included at all, except for being reminded of it recently. I didn’t have it on my own list of candidates which I built sporadically over the course of the year (because I hadn’t heard it), and none of our readers suggested the song when I invited their input, nor did the staff members whose suggestions I requested. But then late last week I got this message from DGR:

“Forgot, incredibly late nomination for most infectious tracks. Granted, it’s the only song ‘Song’ on the whole EP, but man, the lead guitar melody in the back of this song is glorious.”

The song in question is “Chimerical Hope” and the EP in question is The Maldoror Chants: Hermaphrodite by a band who have been perennial favorites among our staff — the Swiss band Schammasch. And while this may seem like an impulsive selection (because it is), I have to agree with DGR’s comments. I’ve been playing this song a lot since reading his message four days ago, and I think it makes for a worthy addition to this list.