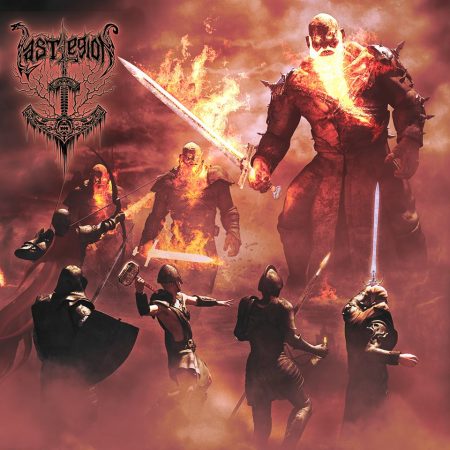 Norse mythology has been a rich vein of lyrical themes and musical inspiration for heavy metal bands to mine, and not just for groups who were spawned in Scandinavian lands of ice and snow. Last Legion roam the boroughs of New York City rather than the frost-bitten northlands across the Atlantic, but the ancient and timeless tales of Norse paganism fuel the fires in their music, which is a particularly savage brand of melodic death metal.

Last Legion’s new album, Muspelheim, is being released today via Gravel Entertainment, and to commemorate the event we’re premiering an official video for the album’s sixth track, “God Ov Chaos“, which takes the travails of the trickster god Loki as its subject matter. 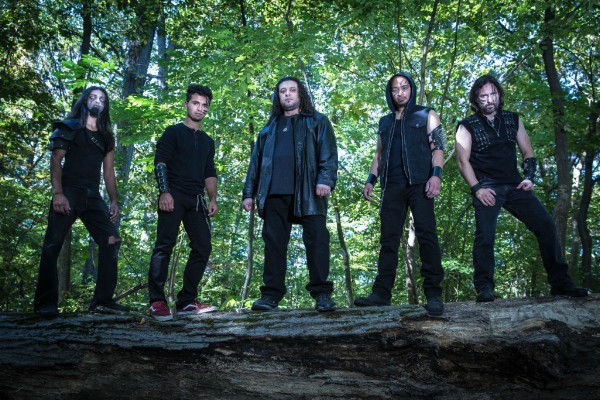 The video you’re about to see was directed by Tom Flynn (10 years, Body Count, Otherwise, Angel Vivaldi), and it’s based on a story described on behalf of the band as follows:

“Upon murdering Balder, the fairest wisest of Gods, Loki was severely punished by Skald. Bound to three stones in an underground cave, Loki sat fastened by the intestines of his very own slain son whilst a cobra dripped burning venom onto his face. Luckily for Loki, his faithful wife Sigyn, remained by his side with a bowl to catch the drops of falling poison.

“However, once in a while, Sigyn had leave his side to empty the venom. While she was away, the dripping poison seared his face causing him to writhe in pain. Shaking violently, Loki brought about earthquakes in Midgard, the world of humanity. This remained the lot of Loki and Sigyn until, as destined, Loki broke free from his chains at Ragnarok and aided the giants in destroying the cosmos.”

“God Ov Chaos” succeeds in capturing through sound the sensations of this epic, vicious tale. It’s an explosive, battering, gut-ripping attack, full of sinister, buzzing, and pile-driving riff-work, head-hammering percussion, and full-throated vocal roaring. And while the full-throttle power of the song gets the adrenaline pumping, its frenzied melodic currents (which become especially prominent in the track’s back half) get stuck in the head, too. And it’s also damned tempting to try to growl the lyrics right along with Jason Ayala.

Muspelheim was mixed and mastered by Aady Pandit (The True Goat, Ambient Death, Jotunheim), and it’s available for order now at Amazon.com or directly from the band’s website (linked below).

We’ll be premiering a full stream of the album later this week, and if you’re in striking distance of Queens, you can catch Last Legion live on January 20th at the Queens Extreme Metal Fest at Blackthorn 51 in Elmhurst, NY.