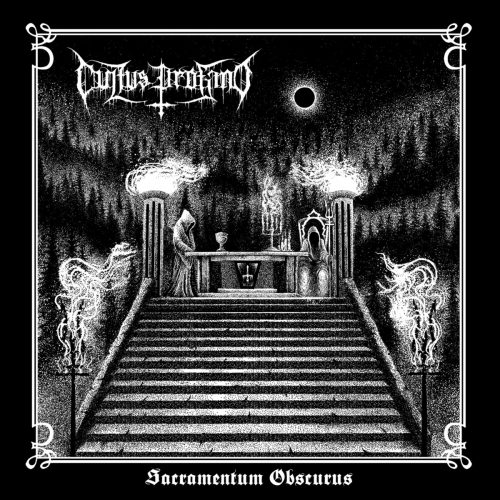 Not for the first time, it occurs to me that there is a paradox in those musical strains of black metal that have their roots in the sinister, nocturnal emanations spawned in the ’90s. The new Los Angeles band Cultus Profano embraces those traditions with a fierce devotion, conjuring “a pure form of blasphemy that evokes hatred and darkness”, to quote Debemur Morti Productions, who will release this duo’s debut album Sacramentum Obscurus on February 23rd. And yet the song from the album that we’re helping to premiere today — “Under the Infernal Reign, Op. 10” — powerfully evokes other moods.

From the hate-filled scowls of their corpse-painted visages to the Satanic mysticism that inspired their song titles and lyrics, the band fuel their creations with loathing and abhorrence, seemingly guided by visions of fire and plague, and of the ascendency of evil and the triumph of sin. But the mood of the music, at least to these ears, is one of intense sorrow and desolating despair. 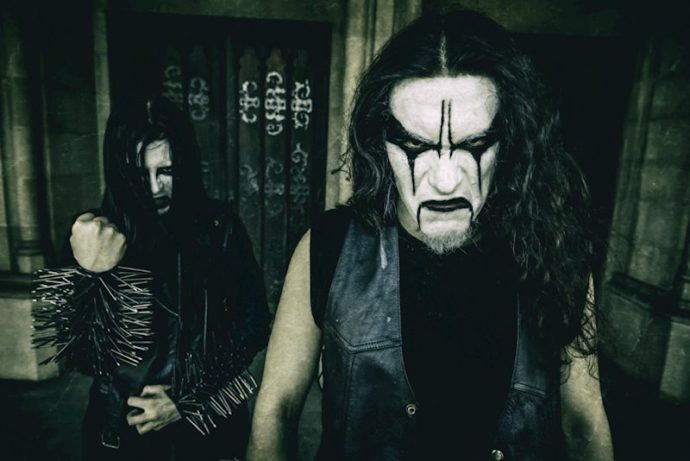 The energies in the song ebb and flow as the drummer Advorsus moves from furious hammering to more somber, stalking cadences, and as guitarist Strzyga shifts gears between the long reverberations of bleak, distorted chords to vicious, boiling leads. In the slower movements, the melody becomes even more dismal than it seems in the song’s turbocharged opening. Even when the lead guitar soars in a frenzy over riffing that generates slow waves of devastating sorrow, it sounds like a paroxysm of agony. And while the vocalist’s wretched, scalding shrieks may come from a place where hate dwells, in the context of the music they only add to the feeling of devastating loss.

You might come away from the song with different sensations than these, but regardless of what emotional chords the song strikes in your own breast, I think you’ll agree that this music is intense and hauntingly memorable, with an atmosphere that is both unearthly and all too human. It makes for a very enticing prelude to the release of the full album. 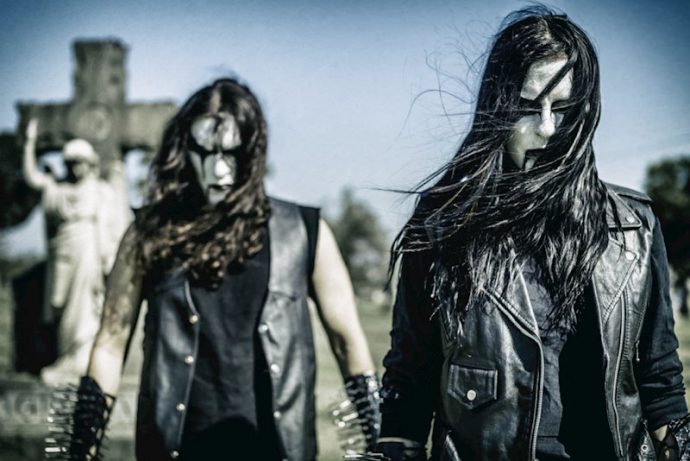 The cover art for Sacramentum Obscurus was created by Altar of Sorrow. It is available for pre-order from Debemur Morti in a variety of formats:

2 Responses to “AN NCS PREMIERE: CULTUS PROFANO — “UNDER THE INFERNAL REIGN, OP. 10””