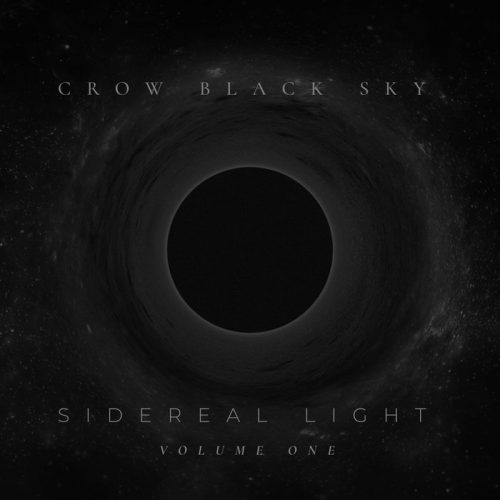 If there’s one thing I’ve learned in all my years of writing about music (and that’s a big “if”), it’s that you should never completely write a band off, as they can always surprise you.

Such is the case with South African quartet Crow Black Sky, whose debut record, 2010’s Partheion, proved to be a not-unenjoyable slab of highly melodic, keyboard-inflected Black Metal in the vein of Kolossus-era Keep of Kalessin and early Dimmu Borgir which, despite its obvious merits, largely failed to set the music world on fire, and was soon lost in the shuffle.

Eight(!) years later, however, the band have returned with a new sound, a new outlook, and a brand new album which completely blows its predecessor out of the water.

In fact this release is so much more impressive than its predecessor that it feels almost churlish to compare the two, as absolutely every aspect of the band’s sound – from the voracious drumming and volatile riffage which serve as the unshakable backbone of every track, to the increasingly vicious vocals of screamer Ryan Higgo, whose snarling delivery serves as a potent counterpoint to the chilling, celestial melodies which underpin each song – is just that much more intense, more intricate, and more immersive than ever before.

From start to finish Sidereal Light: Volume One is an altogether more mature, more creative, and more distinctive endeavour than anything I ever would have expected from Crow Black Sky given their previous pedigree, and the much darker, more aggressive, and more atmospheric approach showcased on tracks like the malevolent “To Fathom the Stars” and majestic closer “”Veils” – where the atmosphere is wholly intrinsic to the music itself, and not just something painted on as an afterthought in a thin veneer of lazy Post-Rock ambience – is one which demands (and deserves) every single ounce of your attention and respect.

And while I’m not sure quite how to categorise this release just yet – is it a short-form album, or a long-form EP? – one thing I am definitely sure about is that I cannot wait to hear Volume Two.

One Response to “CROW BLACK SKY: “SIDEREAL LIGHT: VOLUME ONE””