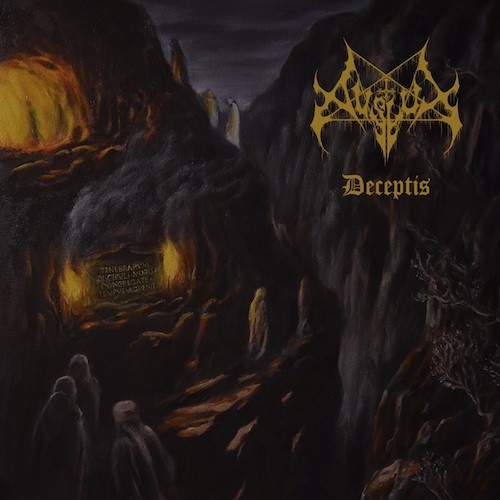 In 2016 the Swedish black metal band Avslut released a very promising debut EP named Vanskapt, and now comes the time for their first full album, Deceptis, which will be released on February 23rd by Osmose Productions. Two tracks from the album, “Deceptis” and “Terra Mater”, have previously appeared, demonstrating that Vanskapt was no fluke, and today we have a third one for you.

“Pestilens” is a good demonstration of Avslut’s ability to integrate moving, atmospheric melody, of the kind that fires the imagination, gripping rhythmic propulsion, and blood-rushing savagery. Osmose proclaims that “Avslut is a weapon”, and you’ll get no argument here, but they are more than that, as “Pestilens” proves 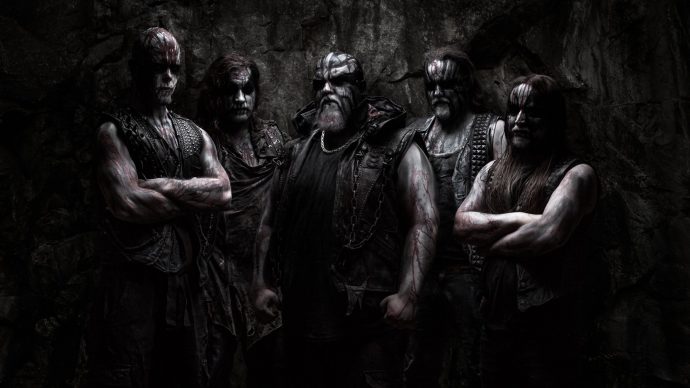 The music moves in an alternating progression. At the beginning, and again later, it seems like a rolling and relentless lightning strike, all furious percussive blasting and waves of incendiary guitar haze accompanied by torturous vocal shrieking. The energy is intense, and communicable; it makes the listener’s own nerve endings come alive.

And then in the following movement, which also reappears, the drummer’s fury relents and changes into a skull-rattling boom and rumble, just as the melody turns more cold and somber, and yet also soaring and panoramic. Spliced within this gripping piece, Avslut also come at you with a rapid-fire, hammering riff and drumwork that could legitimately be described as battering.

Osmose recommends Deceptis to fans of Watain, Dissection, Emperor, Nordjevel, and Valkyrja, which are indeed valid points of reference. The album can be pre-ordered (digitally, on CD, and on vinyl) through the links below.

Also below you will find the premiere of “Pestilens” as well as the two previously released tracks from the album.