They were fronted by original vocalist Tomas Stench, a menacing shaven-headed figure clad in gauntlets with six-inch spikes and crossed bandoliers fully loaded with bullets. When he wasn’t banging his head during instrumental breaks, he was spewing ghastliness with head thrown back like a wolf calling to his kind. He also set an unbound Bible on fire and tossed the smoldering pages into the audience. Since the pages didn’t fully ignite, some helpful audience members finished the job, starting a small bonfire in the mosh pit. Very cool way to start that Saturday night. 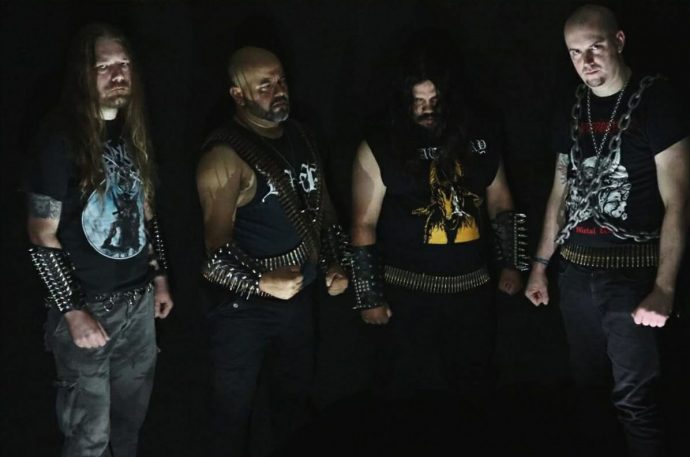 Morbosidad have a new album named Corona de Epidemia coming out on March 15th via Nuclear War Now! Productions. Among other enticements, Sodomatic Slaughter of Beherit recorded the drums on the closing track, and Chris Moyen did the cover art.

The title track (the only one that’s up for streaming so far) is a megawatt electric charge — one part swarming, thundering black/death viciousness, one part solid-gold riff factory, and one part skin-chilling vocal madness. It’s staggering powerful, breathtakingly ferocious, and yet an enormous headbanger too. 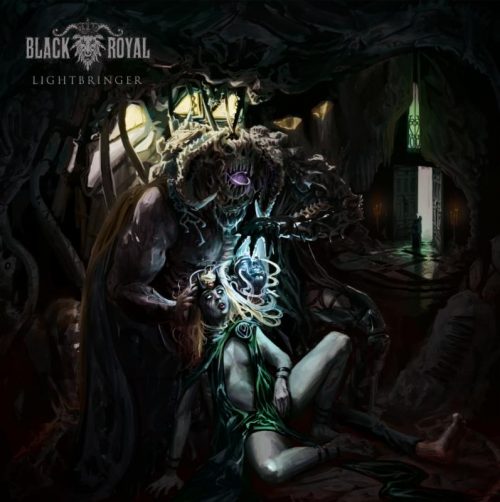 Morbosidad are the only band in this collection that I knew anything about, and so the remaining songs here started off as shots in the dark. Black Royal is a four-man Finnish band who combine elements of sludge and death metal to obliterating effect, as demonstrated by the song and video below. Their debut album Lightbringer will be released on March 9 by the Swedish/Finnish label Suicide Records.

“Cryo-Volcanic” is a cool name for a song,. “Cool” is too tame a word for the music, however. “Stupefying” is closer to the mark. It’s massively heavy, with a low-end tone to the riffing that vibrates you from the top of the head down to the soles of the feet, and the song is also immediately infectious, with chugging riffs that have tremendous primal appeal and a blending of dismal, eerie guitar melodies that get stuck in the head too. Plenty of fire in those gruesome roaring vocals as well. 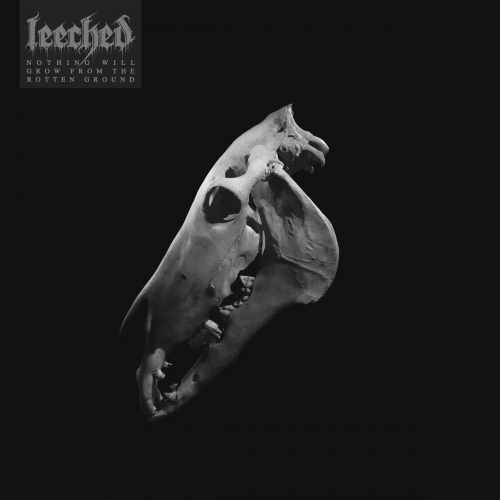 “Boar” is the name of the song and video I’ve chosen to highlight next (it premiered two days ago on Metal Hammer). It appears on the debut EP, Nothing Will Grow From The Rotten Ground, by a UK band who call themselves Leeched. The EP was released in October 2017 and is available on Bandcamp.

If you’re looking for thoroughly brutal, dead-eyed hardcore pounding that will drive you deep into the ground and fracture your skull like a cracked egg, you’ve come to the right place. If you like your thoroughly brutal hardcore laced with freakish guitar dissonance that also shivers the brain, you’ll find that in “Boar” too.

The rest of the EP flies by fast, and you shouldn’t stop with this song. Get slaughtered in short order by the rest of it via the Bandcamp link below. 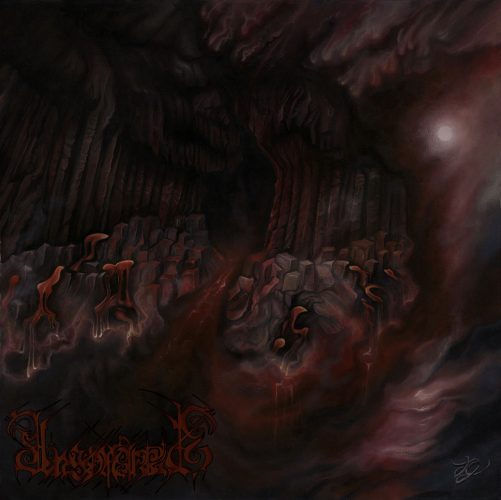 Passing the Igneous Maw is the debut full-length from the black/doom duet Argonavis, who appear to be from the vicinity of Calgary, Canada (that’s my guess, based on the fact that their excellent promo photos were made by Calgary-based Pagan Fires Photography). The album was released via Bandcamp on February 1st, 2018.

I was tempted to explore the album by references in a press release to the band’s use of horns, flute, piano, and sacred choral vocals, and by their professed reverence for such groups as Ruins of Beverast, Irkallian Oracle, Elysian Blaze, and Swarth-era Portal, who inspired the music on this album. I really like the album’s cover art, too (the style seems familiar, but I haven’t found the artist’s name yet).

Passing the Igneous Maw is a substantial work, and so far I’ve only listened (twice) to one song, “Carving the Wapta Gorge“, which is set to play first at Bandcamp — but it’s very, very impressive (as well as very long).

On the one hand, it’s staggeringly heavy and wrenchingly beleaguered, with massive, ponderous riffing and pavement-fracturing drumwork, coupled with ghastly, cavernous howls in the vocal department. On the other hand, the lead guitar flashes like lightning and burns like phosphorus, in a way that pops the eyes wide open and adds to the undercurrent of derangement and terror in the music. On the third hand, when the drums accelerate and the riffing begins to seethe, the music becomes both violently destructive and ice-cold in its murderous intent (but it gets your head moving hard too).

Fourteen and a half minutes is a long time to devote to a song, but this one is so meticulously crafted and so powerfully executed that it had me in an iron grip all the way through. I didn’t hear any horns (unless some of these freakish guitar fanfares were distorted trumpet blasts), nor any flute, piano, or sacred choral voices… but that just means I have much more to look forward to on this album.

8 Responses to “SEEN AND HEARD ON A SATURDAY: MORBOSIDAD, BLACK ROYAL, LEECHED, ARGONAVIS”