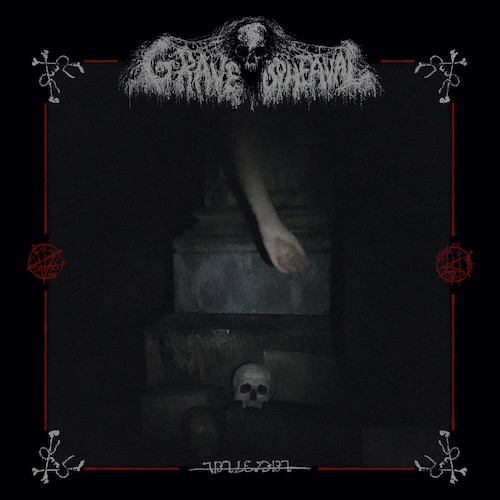 Roughly five years after their untitled debut album, the Australian band Grave Upheaval, whose members are not officially identified but who are rumored to include members of Impetuous Ritual, Portal, and Temple Nightside, have a new album headed our way. Also untitled, and with songs that are identified only by Roman numeral, it will be released by Nuclear War Now! Productions on April 15th. 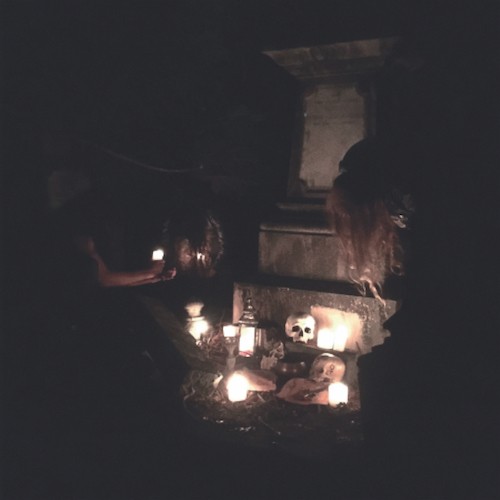 For a lot of interesting insights into this new album, and the band’s history, I recommend you read this recent interview at Bardo Methodology, which was accompanied by a track premiere. That track — “II-III” — is now streaming on Bandcamp, and although the promo for the album has been viciously vying for my attention, so far this song is the only one I’ve heard. It’s a stunner.

While mounting a primitive and staggeringly brutal assault, the band also manage to create an equally staggering and frightening atmospheric presence, thanks not only to the blood-freezing cruelty of the riffs and the primal potency of the drumwork but also to the mind-abrading quality of the vocals. Both frenzied and ponderous, barbarous and ritualistic, the track took my breath away. 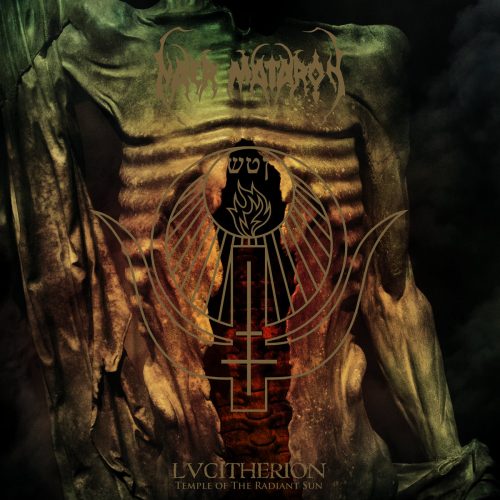 In the course of preparing this release I was surprised to realize that we had never previously written about the Greek black metal Naer Mataron. In searching my database, I found only a partially completed, two-year-old draft of a Rearview Mirror post that I intended to devote to the band. I have no memory of why I never got back to finishing it.

Naer Mataron have been around for more than 20 years, producing a discography that includes eight albums, as well as shorter releases, and the eighth of those full-lengths is Lucitherion “Temple of the Radiant Sun”. Metal-Archives says the album was released on CD last May, but if so, I managed to miss out on it — or perhaps the release was postponed. However, Witching Hour Productions just put up a Bandcamp page for a digital version of the album with a release date of February 28th, and the opening track “Prometheus Sathanas” is currently stream-able.

That track is a full-throttle, high-voltage attack. The light-speed drumming will give your head a vigorous pummeling, while the equally fierce fretwork is not only technically impressive but also damned catchy. While razor-sharp in its execution, the song still manages to convey a feeling of chaos, and the barbarous vocals sound like they come from a throat clogged with clotting blood. 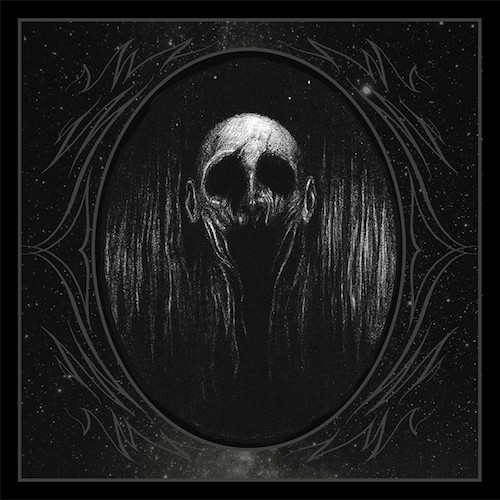 Veiled is the current name of a band once known as Gnosis of the Witch. After that name change, Iron Bonehead released a debut demo entitled Omniscient Veil in 2015 , and on March 16th will release the band’s debut album, Black Celestial Orbs. The two core members were originally American, but for this new album U.S.-based Niðafjöll chose to work with a new drummer, the Swedish hitter Dimman (Grá, Cursed 13, When Nothing Remains).

DECIBEL magazine premiered a track from the new album a couple of days ago, and it really made a big and immediate impact on my addled mind. The shimmering, shining riff that dominates the early part of “Enshrouded” blazes and mesmerizes at the same time, while the piston-driven double-bass-drive quickens the pulse.

And then things change as the rhythm section abruptly silences itself, and a slow sequence of echoing guitar notes provide a haunting interlude. The surge returns just as abruptly as it disappeared, and the music soars magnificently.

The DECIBEL piece includes this comment from the band: “Lyrically, ‘Enshrouded’ is about the sheer power and unbelievable magnitude of a dying star written under the umbrella of a LHP perspective. Life is born, it burns, it dies, and becomes nothing within nothingness. The great black emptiness swallows whole what once was.”

You’ll have to go to DECIBEL to listen to “Enshrouded” (linked above), but one more track, “Luminous“, is out in the world, and I’ve embedded that one below. It’s also exceptionally good, with as much or more piercing emotional power as “Enshrouded“. 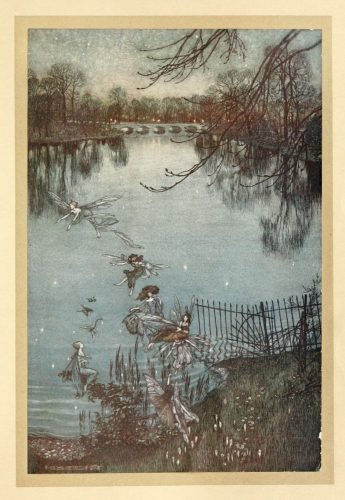 The members of Foxglove have not identified themselves, though I have it on good authority that they are members of the Canadian Covenant circle, which includes bands you’ve heard of, even if you haven’t heard of this one. The lone Foxglove single (so far) was released via Bandcamp on January 30th, and it’s a mind-bender.

The vocals in “To Bring About the Rain” range from horrifying, crocodilian growls to poltergeist-like wails and some other unpredictable voices in between. While that crazed conversation is going on, the instrumental part of the song is flying at 1000 mph, the guitars whirring, shrieking, diving, and darting in a maniacal frenzy, the drum track surging like an overheated engine. A head-moving riff and a jolting bass line do surface briefly, but for the most part the song is like a trip in a whipping centrifuge, with monsters and witches as your companions. 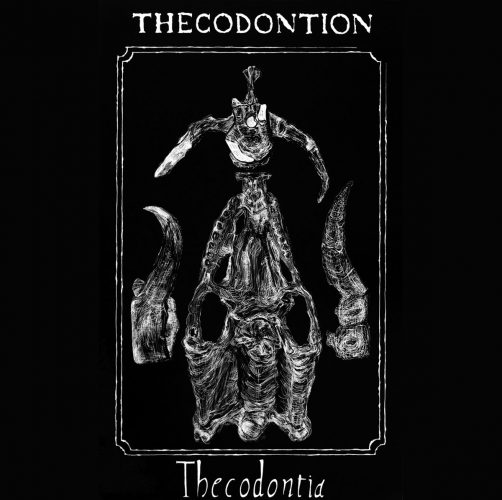 “Primal and chaotic death/black metal” is how the Norwegian label Gravplass Propaganda Productions describes the music of the Italian duo Thecodontion. The band’s debut demo, Thecodontia, consists of four tracks and will be released by Gravplass on February 16th. Beyond that descriptive phrase, the band have identified such influences as Antediluvian, Revenge, Celtic Frost, Ride For Revenge, and Teitanblood, and after seeing that list I was powerless to resist the desire to listen to the first streaming track, “Erythrosuchidae (Vermillion Digigrade)“.

But before turning to that song, I’ll mention two more interesting features about this new demo. First, the band don’t use guitars — only bass, drum, and voice (with the bass performed by fingers without picks). And second, the band’s name and the demo title are based on the word thecodont or thecodontia, which was the taxonomic term for an order of prehistoric creatures that included the ancestors of dinosaurs, pterosaurs, and crocodilians. Every track on the demo describes a different genus of thecodont. The cover art (by Giulia Ajmone-Cat) is based upon real thecodont bones.

The music turns out to be just as interesting as those two features. The deeply distorted, gravel-throated bass seizes attention immediately, and it carries you along in a savage thrill ride along with the jet-fueled drumwork and the vocalist’s venomous shrieking. And to make the experience even more riveting, there are some magnetically attractive, body-moving riffs in the song, as well as an array of freakish arpeggios that make this head-spinning trip even more… head-spinning.

P.S. You can listen to the entire demo at CVLT Nation, where it premiered last week.