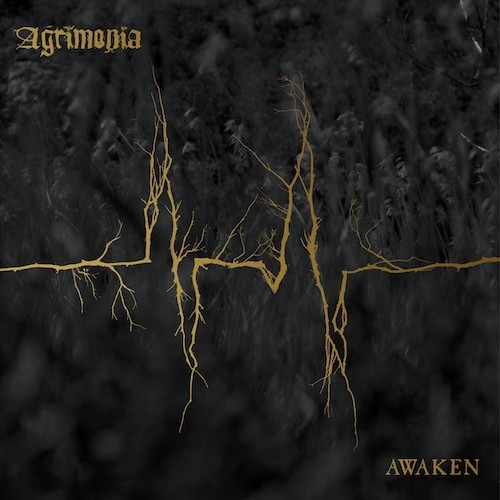 There are exceptions to this, of course, but for the sake of brevity one cannot dissociate one from the other. Most of the now seminal Swedish death metal bands had a background in hardcore punk and crust, and one cannot miss the clear crossover spirit that so pervades the earlier releases of said bands. So, the Swedish lineage may be considered a tad different from other strains. 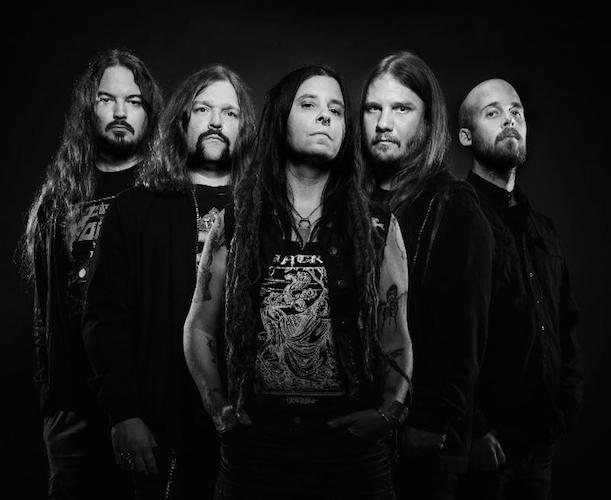 Surely then, Agrimonia must have their roots in this. After all, they’ve got members from Martyrdöd and Atomvinter. Yet the style is more reminiscent of the later crust/hardcore variants that I find them more leaning to. Say Totalt Javla Morker, Breach, Wolfbrigade, or Disfear themselves. Metallic hardcore with a melodic slant is quite discernible in these bands. And yet these are only influences for Agrimonia.

Agrimonia quite clearly hold their own, as they could be grouped, for ease of categorization, in an entirely different genre altogether — one that may be broadly considered to be post-metal, simply because it is hard to pin down their music to any one source immediately. They mix elements of post-rock, sludge, black metal, and the like to such a revealing extent that one might question the crustier influences as anything but a grounding aesthetic.

These elements were clearly discernible in their earlier releases, namely the demo and debut release, Host of the Winged. But they were still roughly hewn, the band playing a more harmless sort of post-metal, going through the motions. Perfection was hardly the order of the day.

It’s only on Rites of Separation that they truly unfurled themselves within the collective line of sight of metaldom. On that record were more developed and wrought-out songs buttressed by a better production standard which weighed in their favour. The by now post-metal platitudes of repetition and minimalism were traded in for song structures that were replete with crests and troughs, peaks and valleys that built off each other. Sometimes, they unveiled truly memorable riffcraft too.

Awaken, then, is a manifold improvement. Riffs run the gamut here. There is no grand restructuring or reinventing that occurs, and yet they chime in with something vital that was sort of missed out on in the earlier release — a thoroughly enveloping sense of atmosphere, which is here the figurehead, omniscient and yet never overbearing. It directs this bunch of songs into a central thematic of hope amidst the throes of alienation.

Opener “A World Unseen” embodies this perfectly. The first three-quarters of the song is meticulously crafted seemingly to convey resignation to the realities of modern life that confer nothing but death and decay. It nonetheless forms a grand build-up, strong on its own, up ‘til the point where Christina bellows with unbridled anger, “The bell tolls! Rise to see, rise to be the crusher of the closing doors!” (the band was kind enough to share the lyrics). What follows is then a riff so potent, for lack of a better term, much like a baptism in the waters of acceptance. Plunged into the depths of realization and reckoning, only to rise anew.

And it’s this sort of imagery, which oscillates between all things forlorn and inner strength, that imbues this album with a rather timeless quality not seen as much on any of their earlier releases. Closer “The Sparrow” also builds on the imagery of the bird as a messenger of death, a harbinger of doom, and yet seems to suggest (as the riff at the fifth minute does) not just to strive but thrive in the face of adversity. 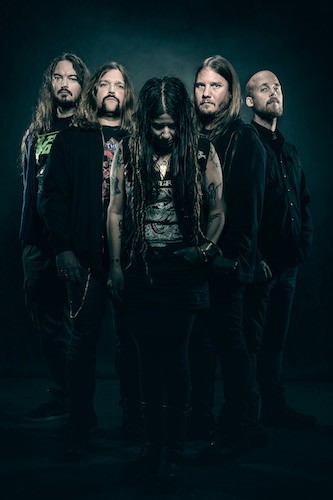 The sludgy crawl, the death metal pummelling, and sometimes a gothic black metal strain of say Forgotten Tomb, all contribute to the rather heady mishmash of genres that spring forth from the crusty foundation. (Strangely I find myself comparing this record as being somewhere between the now defunct Secrets of the Sky’s albums and Fall of Efrafa’s Inle). Yet all is not perfection. The mid-album break consisting of the title track and “The Withering” finds the music a bit lacking, for the sole reason that the former I thought was a tad too long for its purpose, while the latter probably belonged, stylistically, to the last album. “The Withering” is without doubt a great song regardless.

Inasmuch as Arise! was a commingling of disparate styles (Joy Division, Crass, Venom, Motörhead), so Awaken is a mix of much of metal in its modern incarnations. A meeting ground for heavy metal steel and the punk ethic. It is a sigh of relief in Walter Benjamin’s eternal The Work of Art in the Age of Mechanical Reproduction and a cause for not so easily replicable originality.

On the other hand, as an album with a clearly formed aesthetic it has becomes its creators’ namesake, the herb Agrimonia of yore. Entrancing and healing in quality, and yet strong enough to induce a state of wakefulness. Bleak and winding it may be, yet hope ever lingers in this conjuration.