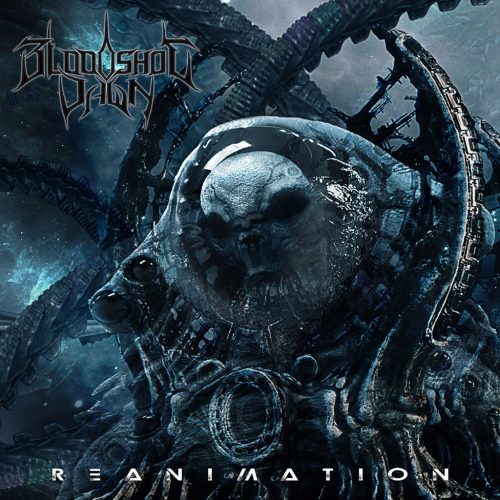 (We present TheMadIsraeli’s review of the new album by the UK’s Bloodshot Dawn, which was released on January 12, 2018.)

Bloodshot Dawn as a concept was at an existential crossroads after everyone but frontman, founder, and guitarist Josh McMorran left the band. The departure that hurt most, though, was that of lead guitarist and co-writer Benjamin Ellis, who went on to join Scar Symmetry. I would have to imagine that there was some hesitancy on McMorran’s part about continuing on; the lineup, while only two albums old, had already become iconic in the underground, and the sound of Bloodshot Dawn had already established in definitive terms. Combine this with Demons becoming an extremely successful sophomore record that garnered them lots of acclaim, and I think the idea of trying to continue would have been intimidating.

But McMorran, not content to hang it up, decided to push forward. The new lineup now consists of guitarist/vocalist Morgan Reid, bassist Giacomo Gastaldi, and Vader drummer James Stewart. Now, in Reanimation, we have Bloodshot Dawn’s first offering since this new lineup formed, and of course the question is, how does it stack up against the band’s previous output? 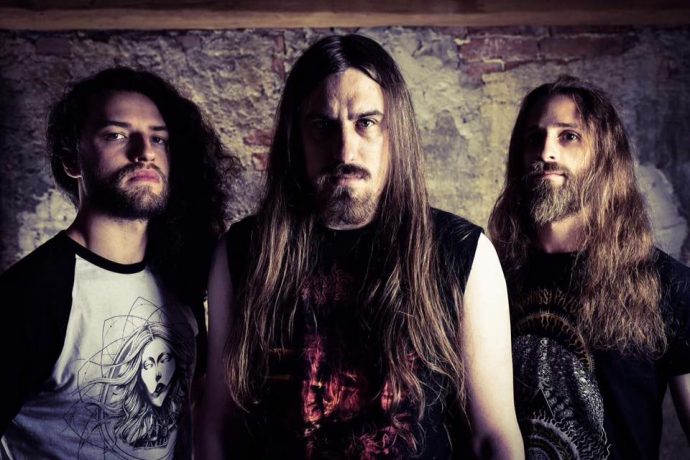 While McMorran and co. have definitely tried to preserve a lot of the elements that Bloodshot Dawn’s sound was founded upon, there has also been a seemingly deliberate attempt to take a step away from having so many hooky dual-guitar leads and being so anthemic, and moving toward a more death-metal-focused approach this time around. The result is a sound that is definitely more brutal. They still maintain the emotive melodic aspect that made this band so good, but instead of being carried by their lead guitar parts, there’s an obvious aim to be more riff-driven, to see the riffs achieve equality with the solos and lead lines.

Don’t get me wrong, the album still includes plenty of those delicious, cheesy lead guitar melodies, but I find this time around they are tastefully understated as compared to the band’s previous “more is more” mentality. It’s lot of fat-trimming, combined with the band’s more riff-focused direction, that I think has really driven home this new approach. The riffs were always a stellar part of Bloodshot Dawn, of course, and they still are here, with maybe an emphasis on dialing back the technicality a bit in the name of more pronounced, more high-impact sections that maintain that ferocious driving nature.

The main riff of “Graviton Nightmare” is a good example of this; it’s got this imperialistic majestic sense about it, with a definitive hook and technical flourishes interspersed throughout it. This song is also a very good example of the changes in the band’s lead guitar approach. The chorus utilizes a pretty minimalistic but just so perfect minor-to-major resolution that hits everything so right about this band.

Songs like the first single, “Survival Evolved”, or “Controlled Conscious” are classic Bloodshot Dawn in action, but they fit in nicely as a contrast to the more death-metal-driven songs like opener “Seared Earth”, “Upon The Throne Of Fear”, or the album’s climax, “Battle For The Omniverse”. “Battle For The Omniverse” is probably my favorite climax song on a Bloodshot Dawn album so far — even more so than “The Image Faded” off Demons due to its more progressive, death metal direction combined with an equally potent guitar solo porn section with much more interesting melodic ideas (Jeff Loomis delivering the final solo during the climactic back-to-back solo onslaught doesn’t hurt). It also boasts a fantastic chorus with eerie melodies, the riffs basking in a sense of entropy.

Reanimation is as good as anything else released under the Bloodshot Dawn name, but it also heavily implies a direction that will result in future music better than anything they’ve produced before. Terrific album, but I had a hard time expecting anything less.