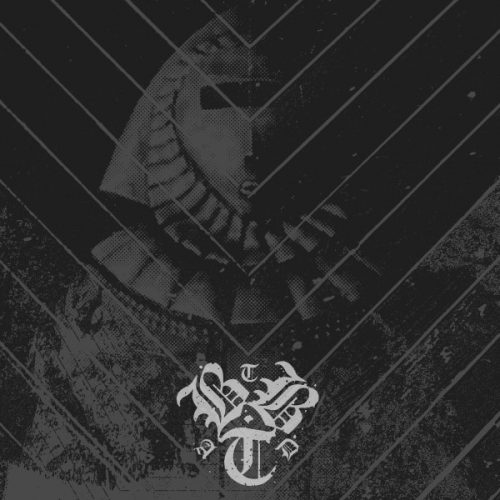 “Crushing” is a word we see tossed around frequently in the case of death metal and some doom metal bands. Bible Black Tyrant isn’t either of those (sludge might be the closest genre term, though it’s an imperfect term here), but you’d have to look long and hard to find any album this year, in any metal genre, more stunningly crushing than this band’s debut album, Regret Beyond Death. The sound is overpowering, the mood is catastrophically bleak, the overall impact is nothing short of flattening. It is, in short, a devastating assault on the senses — and it exerts a primal appeal that’s just as unstoppable.

Bible Black Tyrant is the collaboration between three experienced musicians based in the Pacific Northwest: vocalist/bassist/guitarist Aaron D.C. Edge (Lumbar), percussionist Tyler Smith (Eagle Twin), and additional guitarist/vocalist and soundscape engineer David S. Fylstra (KVØID). They come from different musical backgrounds, but in this project they’ve found a meeting ground and executed on a vision that really is remarkable.

The album will be released on February 14th by Argonauta Records (CD) with a tape release coming from Anima Recordings, and today we have the honor of presenting a full stream of the album, which we’ll introduce first with comments by the band, and then with a few more impressions of my own. This is how Bible Black Tyrant introduces the album: 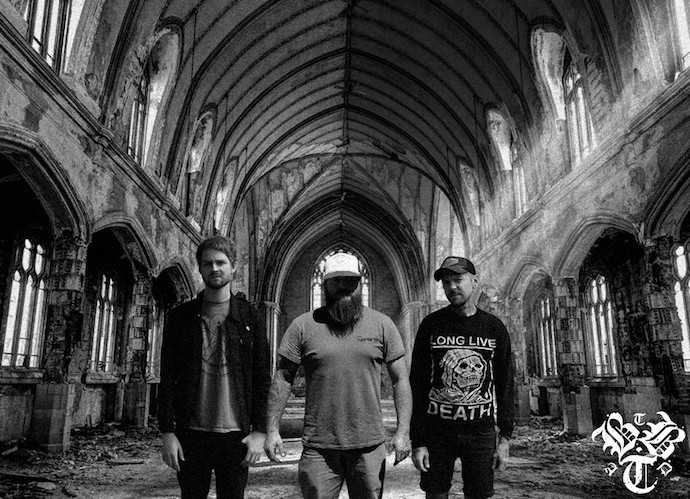 “Beginning with a crushing density, Bible Black Tyrant’s Regret Beyond Death offering immediately transports the listener into the dark forests of the Pacific Northwest at dusk; conjuring images of the sun setting against indecipherable, deciduous silhouettes. The air thickens as we continue a climb along a gently worn route to an unknown, undisclosed location.

“As the journey — and the record — lengthens, we are granted a strong scent of smoke and hemlock, of moss. Fear swirls ’round us now, fusing with the clamorous chants of a distant, uprising swarm, a loaded weight of atmospheric composition. Onward, and as the album nears its climactic conclusion, Bible Black Tyrant’s simultaneously oppressive and liberating mass projects a clear message written in the smoldering ashes: walk this path with us”.

The journey described above begins with the opening track “Instead Of“, a massive, rumbling juggernaut of cataclysmically powerful and staggeringly oppressive sound. A titanic demolition machine, it includes gargantuan pile-driving hammer blows, grotesquely distorted guitar and bass riffs, and from the lead guitar, spearing bursts of melody, pestilential buzzing, hellish fanfares, and something that resembles the sound of a saxophone pulsating and writhing with a freakish urgency.

“Instead Of” also introduces the shattering emotional power of the lead vocals, which are the stuff of torture, pain, madness, and fury. They sound like the agony of a man being carved with straight razors while a blowtorch is being applied to his bare feet.

In some fundamental ways, this opening track sets the template for the rest of the album. That’s not to say that the rest of the songs are clones of the first, but the mauling, megaton force of the music, almost all of it drenched in the unnerving crackle of electricity, is a constant.

Much of what you’ll hear will also trigger movement. The head-moving riff and huge, syncopated drum-and-bass rhythm that launches follow-on track “The Irony” is a prime example. It builds tension uncomfortably, and when the tension breaks the song becomes an enormous lumbering beast that stalks ahead with a kind of hellish majesty. When the song locks into a slow, mercilessly brutal pounding cadence, the impulse to move becomes even stronger — even though you’re also hearing an array of sounds that seem to manifest a gibbering lunacy.

From the hallucinatory, narcotic, and warbling melodies of “New Verse Inferno” to the juddering, quasi-industrial malignancy of “Regret Beyond Death“, to the slithering, shrieking guitar work in “The Standard“, each of these songs includes some new experience along the album’s journey. The epic-length centerpiece of the album, “Wilderness of Steel and Stone“, is itself a fascinating amalgam that includes python-thick, head-nodding riffs and neck-cracking drum rhythms, but then slows to a ponderous lurch laced with the reverberation of dismal, psychoactive guitar melody, and ultimately hits a powerful, bone-splintering groove, with near-clean vocals in a repeating refrain as the music reaches a huge crescendo.

I’m not sure the album closer, “A Terror To the Adversary“, is my favorite track (it has some serious competition), but it might be. A slow-rocking terror that puts your reptile brain in its claws, it really does compel movement — and it induces fear and euphoria in equal measure. Fittingly, it becomes dirge-like, and then eventually transforms into a titanic stomping monster. By this point, you’d have been disappointed if it hadn’t.

There are melodic hooks lurking in these tracks. You catch glimpses of them within all the earth-moving grooves and the soul-shredding bleakness of the atmosphere generated by the music and the harrowing vocals. None of them are bright or uplifting, though that may be in part because of what’s going on around them. But they are part of what makes a full run through the album a consistently fascinating experience — as well as a CRUSHING ONE.

Look for the release of Regret Beyond Death on CD from Argonauta on February 14th, and the tape release from Anima. Pre-order info is available through the links below. A vinyl edition is also expected through Cheddar Brothers Records.

5 Responses to “AN NCS ALBUM PREMIERE (AND A REVIEW): BIBLE BLACK TYRANT — “REGRET BEYOND DEATH””