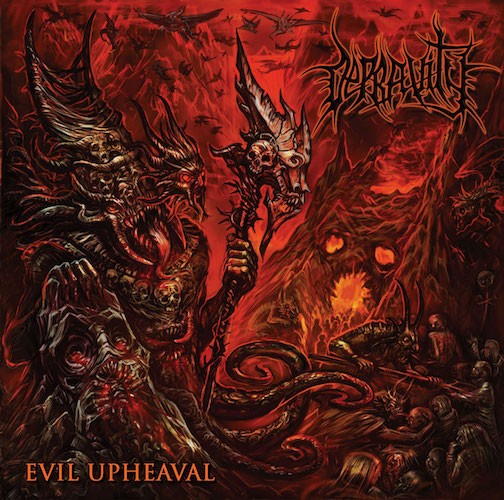 Morbid Angel’s release of Kingdoms Disdained last year provoked a lot of discussion (and heated arguments) about where the album stood among the most revered works of that hugely influential band. Meanwhile, Australia’s Depravity were readying an album that might be an even more powerful bringing-forward of Morbid Angel’s legacy into the current era. Its name is Evil Upheaval.

Transcending Obscurity Records, who will be releasing Depravity’s new album on April 30, also recommends it to fans of the New York Death Metal elite — Immolation, Suffocation, and Incantation — as well as such bands as Hour of Penance, Ingurgitating Oblivion, Drawn and Quartered, and The Furor, whose Louis Rando (also in Impiety) is Depravity’s drummer.

Such adjectives as “vile”, “twisted”, and “deafeningly heavy” also appear in TO’s promotional missives, and that’s not fake news, as you’re about to discover through our premiere of an album track named “Insanity Reality“. 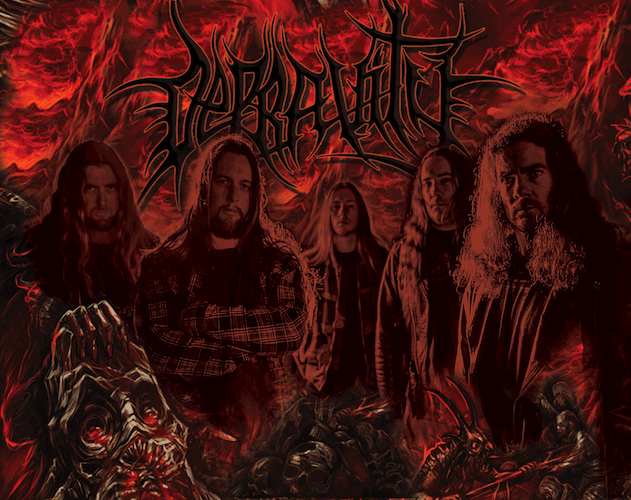 But other adjectives and metaphors spring to mind in listening to “Insanity Reality”. It is, perhaps first and foremost, an absolutely turbocharged barrage of sound, a shock-and-awe onslaught of speed-demon drumwork, berserker riffing, and wild, terroristic vocals that go just as fast and with just as much flesh-eating fury.

However, the song has another dimension. After the initial skull-smashing blitzkrieg, and again in the song’s closing minutes, Depravity down-shift their blazing, jolting, technically impressive war machine and make breathing room for the guitarists to send out shimmering streamers of exotic, slithering, sinister melody. It’s particularly entrancing in that closing segment, even when joined with a final eye-popping assault from Louis Rando behind the kit.

There’s a scorcher of a solo in the song as well, plus a dose of spine-shaking grooves, and riffs within the madness that prove to be quickly addictive. 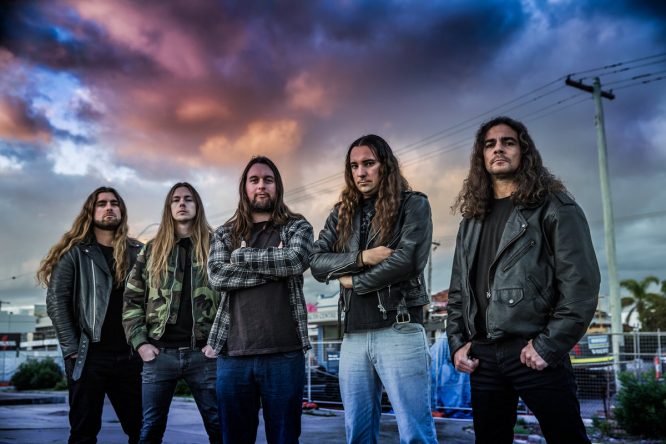 Evil Upheaval was mixed and mastered at Hertz Studios (Behemoth, Vader) and features hellishly good cover art by Alex Tartsus (De Profundis, Sinister). You can pre-order it in different formats via the first link below.

Also below, you’ll find a stream of the previously released track “Despondency“.