Anyway, as you can see, this is a two-part round-up. I decided to collect some older arrivals in this first part, organized alphabetically. My colleague DGR suggested all of them for a newsy post that would have been timely if I’d been able to get it done when he made the suggestions. Maybe some of these will still be news to a few of you despite the delay. They also involve higher profile bands; I’ve got some lesser-known groups for Part 2. 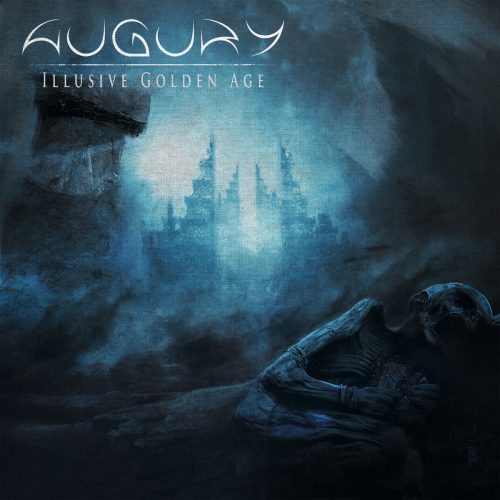 A long nine years after Montreal’s Augury released Fragmentary Evidence, they are returning with a new album — Illusive Golden Age — which will be released on March 30 by The Artisan Era. The line-up on the last album has remained intact for the new one, save for the addition of drummer Antoine Baril.

The song below, “Mater Dolorosa“, is the first single from the album. As you might expect, it’s a technical thrill ride, loaded with twists and turns, swoops and dives, and utterly ferocious high-low vocals (with some clean wailing in the mix, too). It’s guaranteed to spin your head all the way around, like the possessed child in The Exorcist, except it will spin much faster, fast enough to rocket your eyeballs out of their sockets.

On March 16th Metal Blade will release Cobra Speed Venom, the tenth album by Swedish stalwarts The Crown. As best I can tell, the line-up on the new album is the same as on the last one, 2015’s Death Is Not Dead, except for new drummer Henrik Axelsson. The cover art by Christian Sloan Hall deserves a round of applause, whatever else the album might deserve. But I do feel like clapping for the first two singles that have been released so far.

The most recent of those, the title track, appeared last week through a music video. Part imperialistic march, part high-speed thrashing rampage, part technically-oriented fireworks display, part balls-to-the-walls rocker, it’s a song of many parts — but all of them integrated into an absolutely electrifying experience. The video is also shitloads of fun to watch.

Check out the video below, as well as the album’s first single, “Iron Crown“. 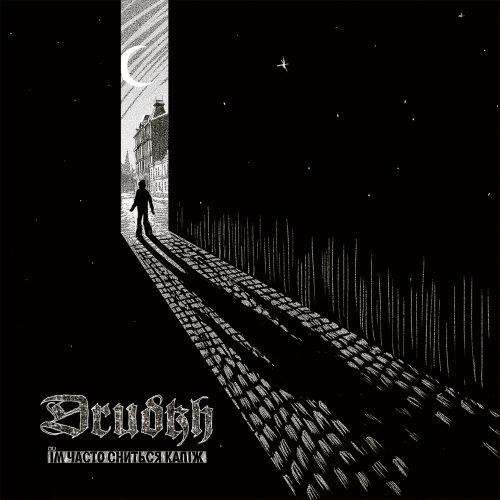 Drudkh’s new album is named Їм часто сниться капіж (which translates to ‘They Often See Dreams About the Spring’), and it will be released by Season of Mist on March 9th. The first advance track was “Nakryta Neba Burym Dakhom…“, which includes lyrics inspired by the Ukrainian 20th century poet Bohdan Ihor Antonych, and I was immediately carried away by its surging, sweeping melodies, by its booming rhythms, by the fiery passion that burns in the music like a wildfire, and by the more more somber and subdued measures as well.

Now we have another advance track, “U Dakhiv Irzhavim Kolossyu“. This one is based on a poem by Ukrainian writer Maik Yohansen, who was murdered by the Soviets in 1937, and it is no less captivating than “Nakryta Neba Burym Dakhom…“ It’s a very dark song to be sure, one that mixes feelings of rage and pain, and its intensity is unrelenting. The high, trilling melodic riff that runs through the entire length of the song, with just a few variations, had buried itself in my head by the time the track ended. The word “epic” comes to mind. 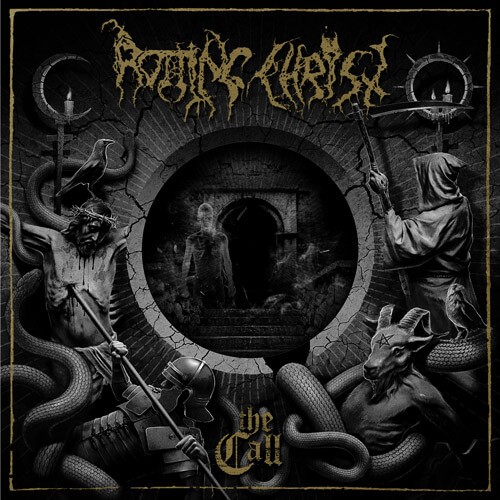 Rotting Christ are celebrating their 30th anniversary this year in a variety of ways. In addition to releasing (via Season of Mist) a massive, two-disc greatest hits collection entitled Their Greatest Spells in March, Peaceville has also just released a 7″ vinyl EP named The Call. The title track is a new song recorded specially for this release, and the second song is a live recording of “The Sign Of Evil Existence”, which features Behemoth’s Nergal and Varathron’s Necroabyssus on guest vocals.

“The Call” was presented last week through a lyric video. What a grim, ominous, gloom-shrouded song this is, but there is an air of terrible majesty about it as well, and the exotic melodies give it a perilous, occult resonance.

6 Responses to “SEEN AND HEARD ON A SATURDAY (PART 1): AUGURY, THE CROWN, DRUDKH, ROTTING CHRIST”