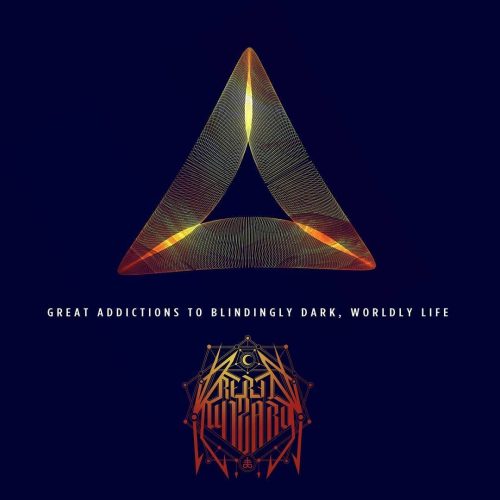 The first track on the new Rebel Wizard EP, “The sickness of all knowledge“, begins with an excerpt from a recording of a public talk given in 1981 in Amsterdam by the philosopher, speaker, and writer Jiddu Krishnamurti (b.1895 – d.1986). It reads as follows:

Except you never make it to the final word “ignorance” at the opening of this EP. The word is cut off by a shocking explosion of sound. It’s as if you were calmly unlocking the door to your home while thinking deep thoughts, and becoming immolated by a blast furnace upon opening it. 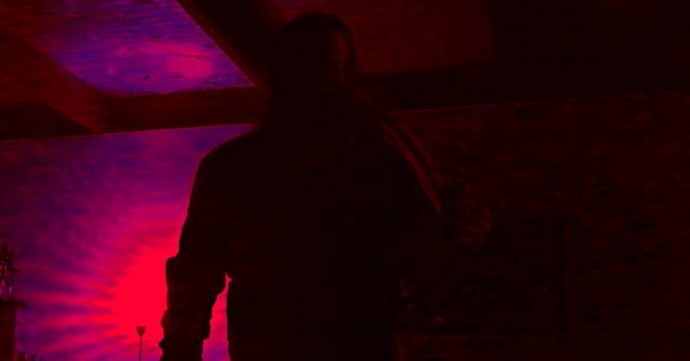 I had to make an investigation to discover where the sample at the beginning of Track One came from. I decided to investigate the remaining song titles as well, because they’re fascinatingly different from those on most metal albums. Now I’m thinking I should have done this for the other Rebel Wizard releases I’ve enjoyed. What I found through some persistent googling (because Rebel Wizard’s sole creator, Nekrasov, doesn’t tell us) is that the titles of the next two songs come from the same passage in a talk by the Hindu guru Sri Siddharameshwar Maharaj (b.1888 – d.1936).

The name of the second track is: “There is a game of madness, and it was decided that you must keep on playing“. The name of the third is “Real happiness in killing enjoyment“. And here’s the passage from Sri Siddharameshwar Maharaj’s teachings:

“There is a game of madness, and it was decided that you must keep on playing this game win or lose, pleasure or pain, and you must keep experiencing it. You call it pleasure, but it must be killed. There is real happiness in killing the enjoyment, but people keep up the imagination, which is really only suffering. If you have killed the enjoyment, that is good. However, the killer of enjoyment must also die”.

The name of this EP, and the title of the fourth track, is this: “Great addictions to blindingly dark, worldly life“. This is also drawn from one of the teachings of Sri Siddharameshwar Maharaj:

How all these teachings inspired the music, or relate to the music in some other way, is anyone’s guess. Whether they’re reflected in the lyrics is also anyone’s guess, because Rebel Wizard’s maniacal vocal delivery makes them indecipherable. The vocals are another instrument in these compositions — a particularly abrasive, senses-shattering instrument. But having done the research to satisfy my own curiosity, I figured I might as well share the results. (I do have my own guesses about the connections, and about the meaning of the genre term “Negative Wizard Metal” that Nekrasov coined for his Rebel Wizard music, but that’s all they are.) 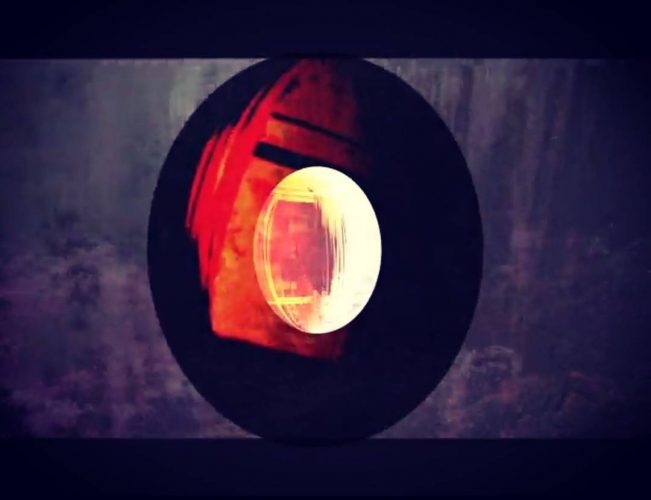 The first two tracks are further iterations of the distinctive hybridization of styles that have become hallmarks of Rebel Wizard’s musical output, and prime examples of what makes the music so stunning. Both of them are electrifying; they will also strike many people as quite mad. They’re rocket-propelled, the drums going at supersonic speed, the thrashing riffs moving just as fast, the off-the-hook vocals shrieking the words in a caustic blur. The sound is dense and distorted — we’re caught in the vortex of a maelstrom — but Rebel Wizard is a proven guitar wizard, and these songs just stack the evidence higher.

The rip-roaring riffs are magnetically attractive. The sneaky little lead-guitar hook in “The sickness of all knowledge” gets stuck in the head, too. The extended, reverb-laden soloing in “There is a game of madness…” is a jaw-dropper. Rebel Wizard makes his axe shriek, spiral, and soar, at about 1000 mph. Both songs blast through your head and vanish almost before you know it. They are pure catharsis.

Rebel Wizard’s Triumph of Gloom album shifted gears at the end, with a closing track that actually was gloomy — an atmosphere of heartache and pain surrounded that final track. There’s something of a similar course change on this new EP’s third track, an opportunity to let your heart rate come down, at least a little. “Real happiness in killing enjoyment” is mostly slow, stately, shrouded in gloom. It’s very heavy and very beautiful, with dual-guitar harmonies and sorrowful soloing that to my ears seem tinged with medieval strains of melody.

With that beguiling break behind us, Rebel Wizard ramps up again on the title track. At almost eight minutes, it’s far longer than most of Rebel Wizard’s output (only “Invocation of the Miserable Ones” from the 2015 EP of the same name comes close). Some of those minutes are a sharp break in the middle, when the torrent of sound abruptly halts, replaced by echoing spectral voices, other strange gasping emanations, and brief bursts of swelling, haunted ambient music. On both sides of that break, however, there’s more guitar magic.

Ripping, jolting, thrashing riffs launch the track, with a harmonized second guitar pushing the melody skyward. And when the song spears ahead after that ghostly interlude, the riff darts at high speed, the melodic chords ring like war horns, the channel-shifting soloing sounds like an arena anthem, and in the finale you get the sound of three guitars working together, and it’s glorious.

Rebel Wizard continues to create music that stands apart from what most metal bands are doing. As I’ve written before, there is something about this music that masterfully captures so much of what attracted so many of us to heavy metal early on and has continued fueling our addiction — the fantasy and the ferocity, the wild energy of a pure adrenaline rush, the guitar virtuosity, the head-moving rhythms, the heroic melodies — and combines all that with the terrifying intensity of black metal shrieking pushed to the limit. This is one game of madness I’m enthusiastically willing to keep on playing.

To close this wordy review, I leave you with part of Nekrasov’s statement about the EP, quoted in the article at DECIBEL that launched the premiere of a video for one of these tracks (which I’ve included below):

“Regardless of all things that I may or may not say, it all seems fairly self-explanatory upon consideration and when you hear it, it will sound the way it does to you; even when there isn’t a ‘you’ – hence the game of madness and the addictions to blindingly dark, worldly life. Excelsior!”