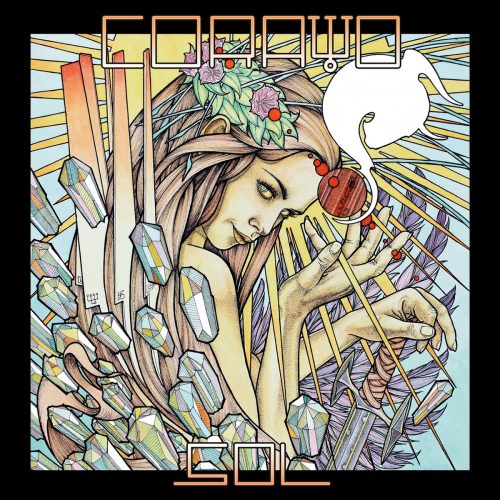 Despite the fact that I’m already overwhelmed by new and upcoming releases – next week alone I have Slugdge, Ancst, and Rites of Thy Degringolade lined up to review – I’ve decided to take some time out of my busy schedule to catch up on three albums which were released late last year and which, as a result, didn’t necessarily receive the coverage they deserved. 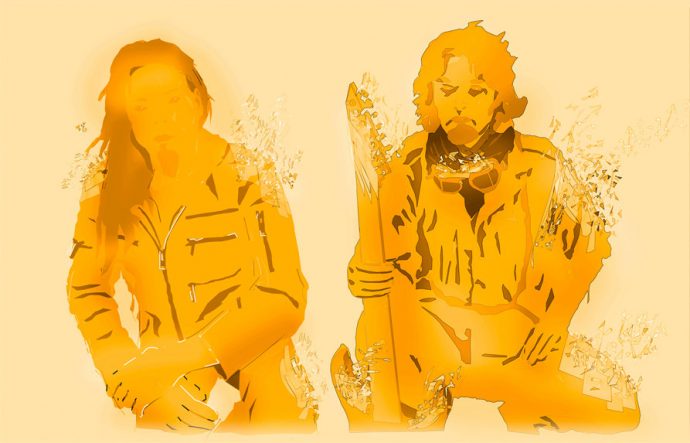 So here’s the thing… the style we call “Melodeath” (as opposed to, say, “Melodic Death Metal”, but that’s a whole other column) can be a hell of a lot of fun when it’s done right. Unfortunately it’s also one of those genres which is remarkably easy to do, which has led to a general oversaturation of the scene with a plethora of bands content to just half-arse it and lean on the same old tricks, the same old clichés, and (more often than not) the same old riffs.

Every now and then though it’s still possible to stumble across an unexpected gem like Sol, which reminds you how easy it is to love this music when it’s done with both energy and conviction.

Coming across like an alternate-universe counterpart to their countrymen in Omnium Gatherum, this is the album which the disappointing Grey Heavens really should have been (check out the punchy pairing of “Retrograde” and “Revenants” for perhaps the best example of this), packed as it is to the metaphorical gills with bold, bombastic riffs, driving drums, and shamelessly melodic synths, all topped off with an abundance of extravagant solos and the gritty, emotive growl of vocalist Tomi Toivonen.

And while it isn’t without its flaws – certain tracks certainly contain a little bit too much cheddar for their own good, and the uber-poppy “Satellite” sounds like it accidentally snuck in from a different album altogether – when Sol is on form, such as on the energetic “Of Stars Reborn”, the prog-inflected “Helios”, or the ultra-intense “Ascension”, it’s almost impossible not to get swept up in the sheer enthusiasm and exuberance on display.

Concluding with the moody strains of “Spearhead”, another late album highlight, Sol is an ideal album for those of you who may have become a little bit jaded and burned out on the familiar Melodeath sound as, although it may not be perfect, it’s still a potent shot of auditory adrenaline and melodic metallic thrills. 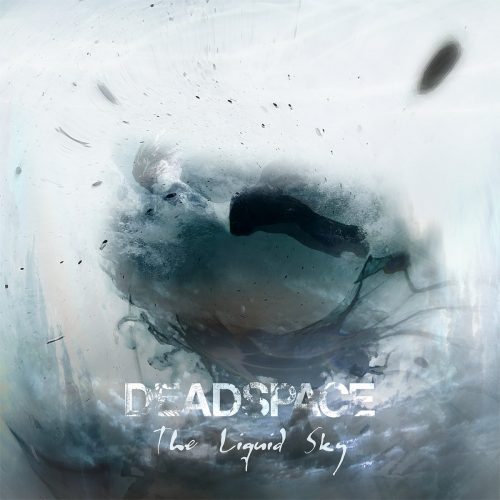 Deadspace’s 2016 EP Gravity was, and still is, a borderline-perfect portion of melancholy Post Black Metal which combined the hooky riffery of The Eerie Cold-era Shining with the gothy beauty of latter-day Katatonia into four incredibly catchy and intensely dynamic tracks.

And while the band’s second/third album (depending on how you’re counting) doesn’t quite stick the landing to the same extent, it’s still more than worth checking out if you consider yourself a fan of Alcest, Deafheaven, An Autumn for Crippled Children, or either of the two bands mentioned above.

At its best, as on the enviably dynamic and diverse “Void”, the devastatingly dark “The Worms Must Feed”, and the multifaceted metallic magic of the climactic title-track, The Liquid Sky is an eloquent blend of blackened intensity, gothic melodrama, and glistening Post-Rock atmosphere, tinged with… dare I say it, more than a few hints of Thrice-esque Emo-core… which mixes and mingles these potentially disparate elements and influences into one surprisingly cohesive whole.

And while I very much doubt that the most committed of Black Metal cultists will be willing to embrace the band’s exceptionally earnest approach to genre-blending cross-pollination (nor does it help that certain moments, most notably the undoubtedly heartfelt, but more than a little hammy “Kidney Bleach”, do trip over the line from sincere to saccharine), if you approach this record with open ears and an open mind, you’ll likely find it to be an extremely rewarding, emotionally compelling experience all the same. 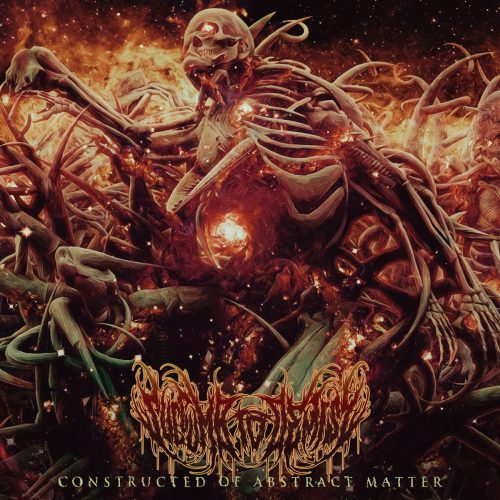 If you’ve been following my work here at NCS for any particular length of time you’ll probably have noticed that, a good percentage of the time, I tend to go for things that are a little more progressive, a little more hooky… but still heavy as hell.

However there are times when I just want to listen to something unflinchingly and unfailingly savage, which is when an album like Constructed of Abstract Matter comes in handy.

Clocking in at a tight 28:28 in length (that’s 31 seconds shorter than Reign In Blood, fact fans), these eight tracks blend chunky, convulsive riffs a la Suffocation with the fret-mangling technicality of Beneath the Massacre in a devastating display of punishing Death Metal/Deathcore that pulls absolutely no punches and offers absolutely no quarter.

And what this album might lack in overt originality, it more than makes up for in bludgeoning brutality, with every song locked and loaded with a genocidal array of strafing blastbeats, frenetic, laser-guided fretwork, and scorching, napalm-drenched vocals.

Personal highlights for me include the lurching hooks and grisly extremity of “Degradation of Humanity” and the gut-churning “Plague the Masses”, but the truth is that Constructed of Abstract Matter is so well put together (constructed, even?) that any potential weak spots are almost always covered by an armoured layer of pure, impenetrable heaviness.

So if you’re looking to get your neck-wrecked and your eardrums perforated, check this one out.