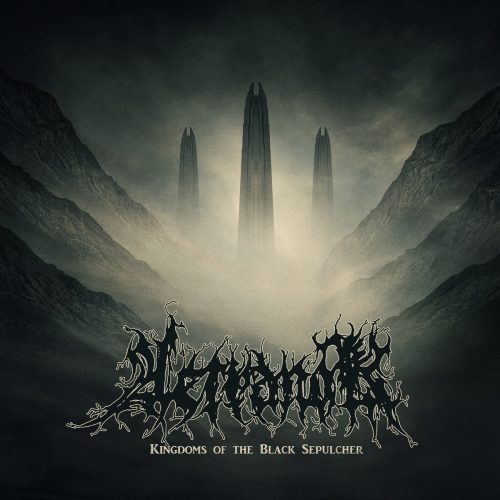 The black metal band Aetranok was spawned in the high desert of New Mexico in the small town of Aztec, but from the sound of their music you’d think they dwell in one of the lower levels of Hell. Their second album, Kingdoms of The Black Sepulcher, is set for release on April 26th by Symbol of Domination (Belarus) and Death Portal Studio (U.S.), and today we present the premiere of a lyric video for the song “Ov Precipice and Bestial Purity“.

The lyrics of the song proclaim that “the mantra of ruined angels vibrates the heavens to rubble,” and they celebrate the advent of an immaculate oblivion. “Here lies the abyss,” the vocalist shrieks in scorching tones, and the music matches all these words. 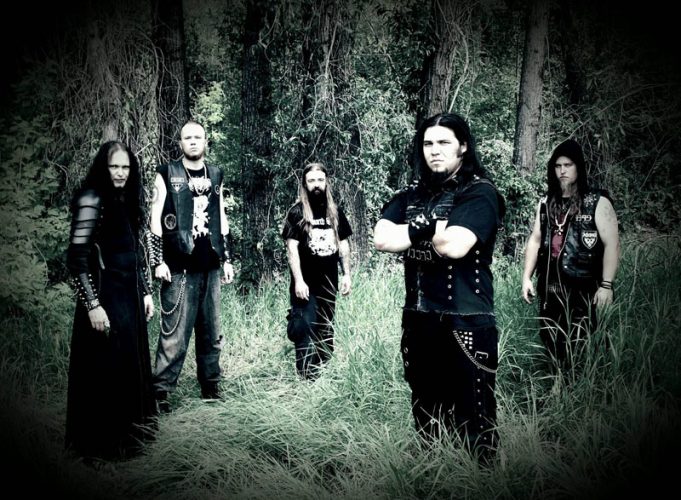 A martial snare pattern and the moaning of deep horns announces the coming of Aetranok’s sonic oblivion, and then it arrives in a fury, with bursts of heavy rampaging riffs, militaristic drum blasting, and those incinerating vocals. The torrent is marked by writhing, dissonant guitar flurries and groaning, distorted bass detonations, and an ominous keyboard melody rises up and slowly heaves across the maelstrom-like storm of sound. It’s a breathtaking assault, and a chilling one as well.

One more track from the album — “Signum Eios Barathrum” — is available for listening now on Bandcamp, where you can also pre-order this devastating album.