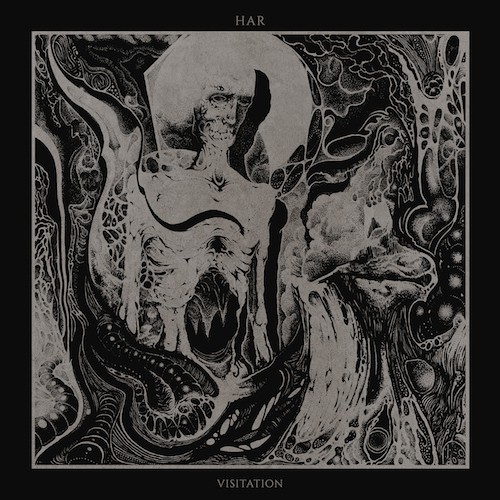 Visitation is the name of the new EP by the Israeli band HAR, and it does indeed conjure the atmosphere of a terrifying intrusion into our own world by hungering forces from shadow realms where death reigns supreme. This ghastly offering of black/death terrorism will be released by Sweden’s Blood Harvest Records  on March 2nd, and to help spread the word we’re offering you a full music stream today.

The three songs encompassed by Visitation sound as if they were recorded in a sepulcher cut from basalt deep underground, everything reverberating as if bounced back and forth off massive dank walls and a vaulted ceiling lost in the darkness. The sounds are dense, unearthly, and inhuman. And those sounds give rise both to explosions of violent chaos and to a pervasive air of horrible grandeur. 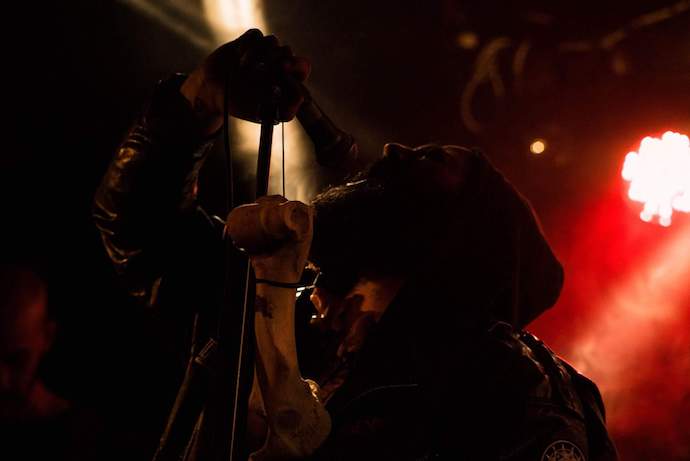 The stage is set in the opening minutes of “A Shadow Henosis“, where eerie, cricket-like ambient sounds, ominous chords, and poisonous guitar notes herald the arrival of something frightening. And from there the intensity mounts steadily, the tempo moving from a lurching gait to a battering frenzy, the riffs heaving, then seething, and then blazing away, as peals of dissonance spear like lightning through the growing storm. It’s no place where any sane man might venture, and there’s no trace of sanity in the vocalist’s ghastly echoing roars and vicious howls.

Maniacal drums, maniacal vocals, and rapidly writhing guitar excretions join together in the mad dance of the follow-on track, “From the Blood of a Whirling Dagger“, but here, perhaps even more so than in the opening track, HAR create an atmosphere of frightening majesty, with blaring riffs in the song’s slower movements that sound like infernal fanfares.

That air of malignant grandeur persists in “Conjure the Black Flame“, but the first part of the song also makes you feel as if you’ve been caught in a vortex of alien horror, victimized by boiling riffs, twisting, dissonant leads, catastrophic drum assaults, and an effusion of crazed yells. The music undergoes a nightmarish change as rampant chaos is replaced by a stricken, deranged melody and moaning bass notes. It’s not a comforting change by any means, but it’s not long before the full-force destabilizing of your sanity resumes, with eruptions of barbaric drumming, increasingly demented fretwork, and wild wails of agony and ecstasy. 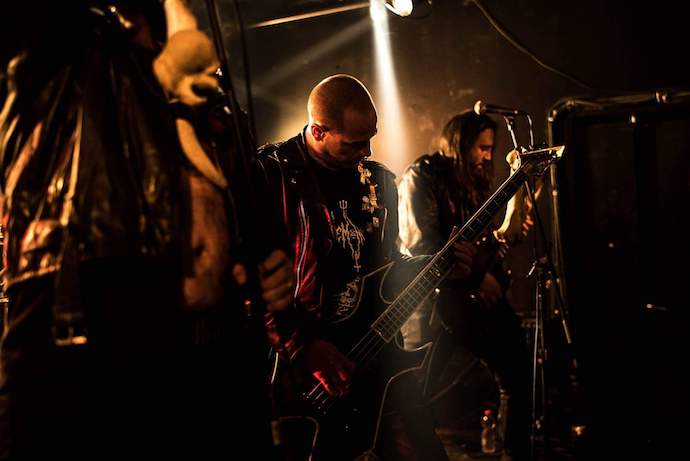 In a nutshell, the EP makes an impact that seems far more severe than one might expect from only three songs of average length. Fittingly, this frightening, otherworldly music is matched by the otherworldly cover art of Karmazid, which will adorn the physical editions being offed by Blood Harvest (CD and 12″ vinyl). Pre-order via the link below.

3 Responses to “AN NCS EP PREMIERE (AND A REVIEW): HAR — “VISITATION””