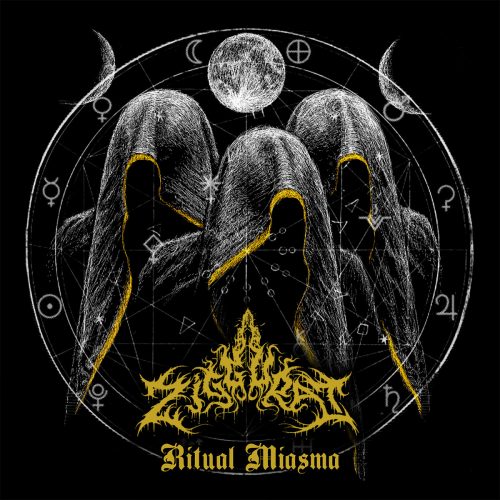 In September of last year I came across a song with the title of  “דִּבּוּק“ from Ritual Miasma, the debut EP of an Israeli duo named Ziggurat. It made an immediate impact, and eventually was chosen for our list of 2017’s Most Infectious Extreme Metal Songs. But it was not the only strong point on Ritual Miasma. The entire EP proved to be an enormously compelling experience (it appeared on other year-end lists, including CVLT Nation’s top nine death/doom releases of 2017), and a sign that Ziggurat’s future endeavors would be worth watching very closely.

Ritual Miasma was initially released last October on cassette tape by Caligari Records, but Sweden’s Blood Harvest Records is about to follow that with a release of the EP in a digipack CD edition and on vinyl… and that gives us a reason to sing the praises of Ritual Miasma one more time, and to provide a stream of all five tracks for those of you who may just be discovering the band. 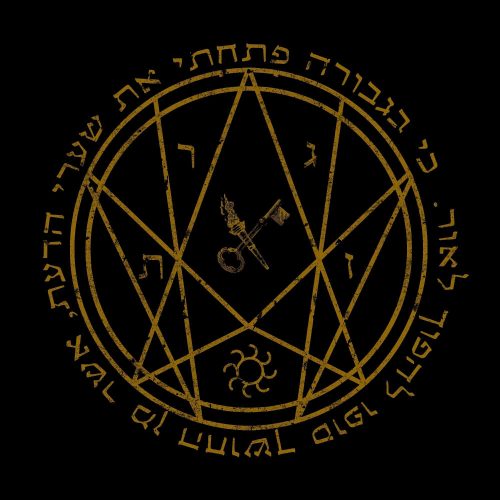 “דִּבּוּק“ (a Yiddish word that refers to the malignant possessing spirit known as the Dybbuk) still has possession of my brain, now five months after I first heard it. My initial impressions still hold true: You feel the presence of a great looming evil as the song unfolds. You hear its voice in the heartless, gargantuan roars and flesh-rending shrieks. You feel the earth shaking beneath its feet through the massive stomping riffs and booming rhythms, and shudder at its capacity for violence in the music’s throes of blast-beat fury and deranged guitar leads. The music soars to heights of terrifying, arcane majesty. It seizes the mind in a vice-like grip and sends shockwaves through the nerves.

The potency displayed on the song is made manifest on the other four meticulously crafted and varied tracks as well. Ziggurat deliver storms of imperious and occult black/death savagery with staggering force, but do so in a nuanced way, infiltrating the assaults with gripping (and often exotic) melodies and dramatic riffs, which convey sensations of paranormal peril, wrenching grief, and grim yet soaring grandeur. They’ve got a hell of a session drummer on the EP, too — the Portuguese musician Menthor, (Nightbringer, Bestia Arcana, Lvcifyre) — and, as already noted, a vocalist with a cavernous roar and terrifying screams at his command.

Ritual Miasma was mixed and mastered by Stephen Lockhart at Studio Emissary. The cover art was created by White Moth – Boris Haimov, and the logo was designed by Christophe Szpajdel. It will be released on CD by Blood Harvest on March 2nd — tomorrow — with a vinyl edition available for shipping on March 12. You’ll find pre-order info below, along with a full stream of the EP.