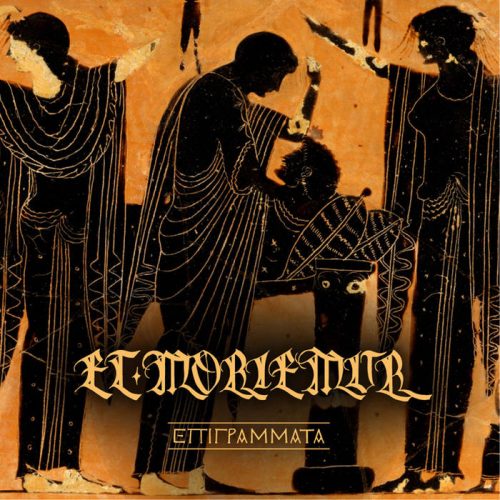 The Czech doom band Et Moriemur explain that their new album Epigrammata “represents our attempt to cope with the dying or death of those we loved.” Using lyrics in ancient Greek and also drawing upon the Latin mass for the dead, the band structured the album to follow the progression of a traditional Requiem, which of course has inspired numerous composers over many centuries, as it has for Et Moriemur.

The Requiem has always been an expression of grief, but more than that as well. It also includes, for example, an appeal for the granting of divine mercy to the souls of the dead, as expressed in the part of the mass that is devoted to the Agnus Dei: “O Lamb of God, that takest away the sins of the world, Grant them rest.”

Et Moriemur explain that in creating Epigrammata, they likewise sought to also incorporate feelings beyond bereavement over the loss of loved ones: “So apart from the inevitable grief there is gratitude as well for having had the chance to share our life with them and hope that they are well – wherever they are.” 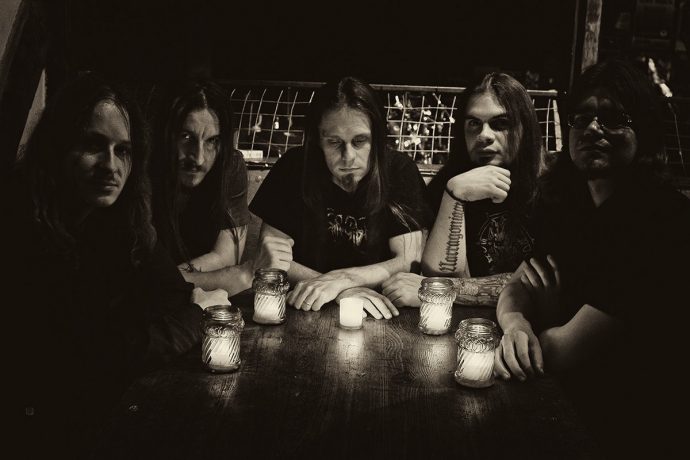 The song we’re premiering today is the band’s take on the Agnus Dei, and while it has the kind of solemn and reverential air that one would expect from an appeal for divine mercy, it is also unmistakably an expression of deep sorrow.

In crafting this mesmerizing song, Et Moriemur make skilled use of acoustic instruments, beginning with the moody, introspective piano piece that introduces the song (and that introduces the melody which the band then elaborate upon as the song progresses), and also including a beautiful but somber acoustic guitar interlude. In addition, the song features choral vocals in the style of a Gregorian chant.

But of course, this is a doom metal song, and so it’s also very heavy, as well as stately and solemn. Huge, craggy chords and deep, gravel-throated growls provide the sonic weight, and the emotional weight of the music is enhanced as well by the bereaved harmonies of the guitar leads.

In the Requiem, death has inspired beauty, and it has done that here in this song, in the hands of Et Moriemur. The music is intensely evocative as you hear it, and the effect lingers.

Nikos Vlachakis (Shattered Hope) is a guest vocalist on “Agnus Dei”; the recitation in the song was performed by Labrini Karousou and Vangelis Mertzanis; and the male choir consists of Jaroslav Klvaňa, Karel Russ, and Lukáš Pavlovský. The album also includes guest vocal contributions by Kostas Panagiotou (Towards Atlantis Lights, Pantheist) on “Introitus”. Additional guests on the album include acoustic guitarist Honza Kapák, cellist Andrea Michálková, violinist Zuzana Králová, and Jindřich Bešťák on the trombone.

In addition to our premiere of “Agnus Dei”, we’ve included a Bandcamp player that will allow you to listen to more songs from the album. And Bandcamp is also where you can pre-order the record. It will be released on March 20th by Transcending Obscurity Records.