Continuing on from Part 1 of this Sunday’s column, I’ve chosen new music from five black metal bands. One is a recently released EP and the rest of the songs are from albums scheduled for release in the coming months. If you missed Part 1, it’s here.

The Finnish one-man band Cosmic Church has released two albums and many shorter releases since the first demo in 2006, but has now decided to end its life with one final album, entitled Täyttymys. A single called “Armolahja” was digitally released on March 15th as a preview of the album, which will appear on CD and vinyl at some unknown future date via the Finnish black metal label Kuunpalvelus. 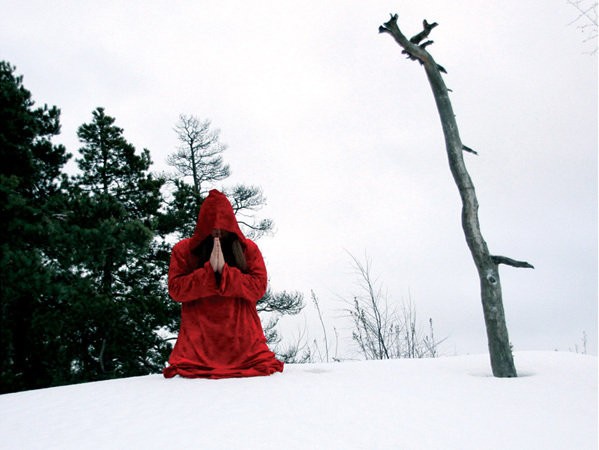 “Armolahja” is raw, explosive, and bursting with fire and light as it leaps from the starting block. As rampantly vicious as the vocals are, and as tumultuous as the percussive drive is, the sparkling and swirling guitar layerings send the music rocketing into the sky like an eye-popping fireworks display.

With a lessening of the rush, the music grows more somber, more chilling, and more celestial in its atmosphere, and eventually more panoramic in its sweep. It opens the mind’s eye to visions of vast unearthly vistas, with a grandeur that proves inspiring.

(Thanks to my friend Miloš for linking me to this — and for pointing me to Unreqvited and Vonlaus as well.) 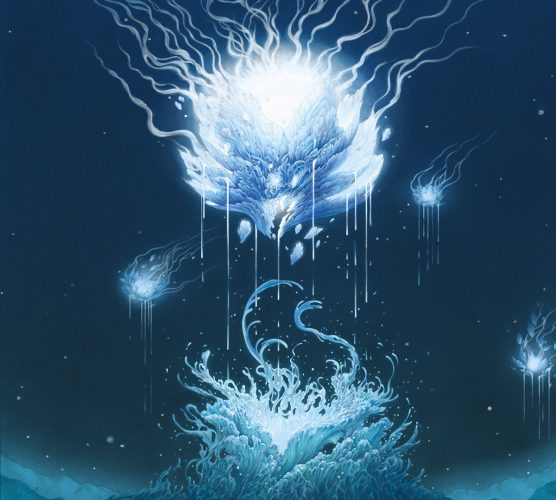 On April 16th Avantgarde Music will release the second album by the atmospheric post-black-metal band Unreqvited from Ottawa, Ontario, Canada (the solo project of a creator who identifies himself as 鬼). The album’s name is Stars Wept to the Sea, and in keeping with that title the first single (which premiered at Metal Injection) is a song called “Stardust“.

This is one of those albums that first attracted me through its cover art. Like the album and song titles, it also suits the music. The deep, sludgy bass notes and the backing haze of harsh distorted riffs give the music an oppressive and threatening atmosphere (and a pleasing low-end heft), while the scalding vocals convey torture and pain — but the music is a study in contrasts.

The song’s bright, darting keyboard notes seem lighter than air; the shimmering waves of melody loft above like the shine of northern lights; moody arpeggios chime while the heavy bass-and-drum rhythms seize control of your motor nerves. At the end, a piano and a woman’s angelic voice ring beauty from grief.

The German black metal band Schrat has released two albums so far, though I’m only now exploring their music after discovering that they had signed to Folter Records for the April 27 release of a new album named Alptraumgänger.

What you’ll find below is “a raw mix” of the title track (or at least part of it). Though this stream may not be the final, fully produced sound, it certainly makes a strong impression, alternately blasting and ripping in a blood-spraying delirium, rocking in displays of thrusting, devilish lust, and waltzing to strains of grim yet graceful melody. Some damned fine riffs in this track…. 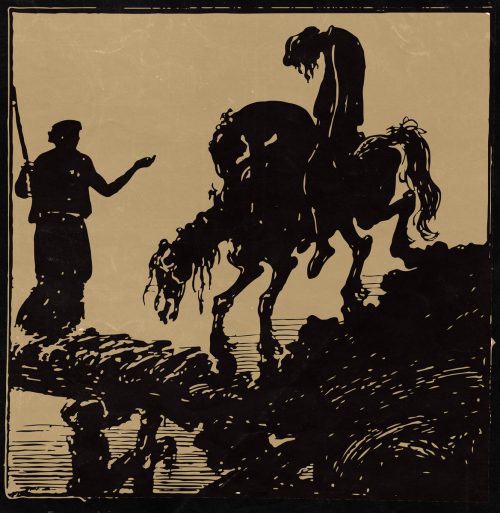 The population of Iceland is small, the population of Reykjavik even smaller of course, and yet that town is home to an extravagant number of talented black metal bands, many of whom I had the great pleasure of seeing on stage at the last edition of Oration Fest not long ago. To the list of such bands I was aware of, I now must add Vonlaus.

Just playing the odds, it’s likely that whoever is behind Vonlaus is a participant in one or more other Icelandic groups, since their circles always seem to overlap, but I don’t know for sure. The self-titled debut EP of Vonlaus was released on January 22nd, and had I known about it while I was in Rekjavik, I might have quizzed other musicians I met there about this project. It does seem to have associations with the Mystíkaos collective that I discussed in the first Part of this post.

The lurching, mid-paced cadence of “Vistaránauð” and the dismal character of the melody give the song an atmosphere of desolation, while the pure anguish and rage vented through the vocals signal a kind of pain-induced lunacy, a feeling that’s underscored by the demented flickering of the lead guitar (which has a kind of tone that seems like a throwback to the psychedelia of the late ’60s and early ’70s).

The rhythms of “Mein” and “Í blindbyl ótta og haturs” are more rocking and rumbling, but they carry forward that air of wretched gloom and splintering sanity. The latter song also includes a bracing mix of scathing and infectiously headbangable riffs.

There’s something twisted and unnerving about all three songs, something hallucinogenic and evil. The EP has the makings of an unhealthy addiction. 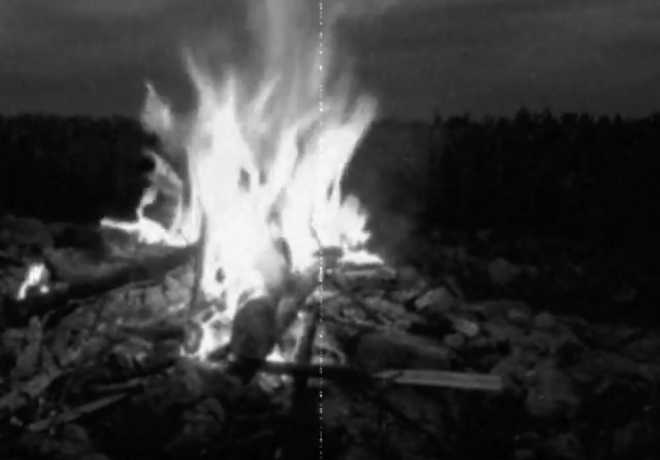 To conclude this two-part column I have music from a new Québec black metal band named Bois. This song, “Samhain“, comes from a six-track debut demo named Nos Racines…, which will be released on tape by Les Productions Hérétiques.

While the vocals on “Samhain” are as ugly and cutting as a serrated blade covered in clotting blood, the dejected melody that rolls through the song like waves slowly washing a shoreline is bewitching, and the bass line seems to lock in with the listener’s pulse, or takes it over. A hard song to let go of….

Despite some ardent searching, I found no other information about Bois or this release. Presumably, more info will be forthcoming at these locations: