Still, I hope you all find something to enjoy in today’s column, which is meant to provide an insight into some of the most promising new albums to have come out of these green and pleasant lands so far this year. 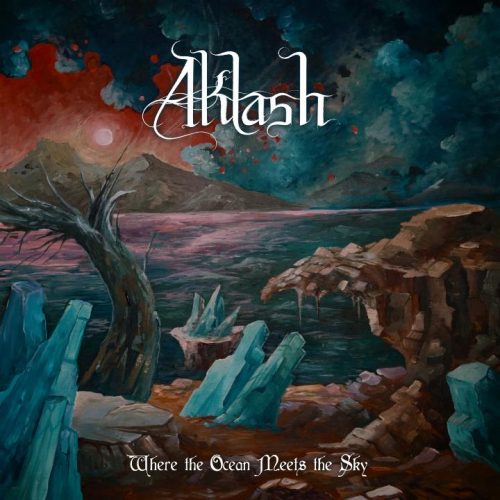 AKLASH – WHERE THE OCEAN MEETS THE SKY

Despite my ongoing issues with the Black Metal scene here in the UK (too many imitators, not enough innovators), it’s good to see that there are still artists like Aklash out there who aren’t satisfied with simply aping the look and sound of bigger and more famous bands, but instead have the drive and desire to do things on their own terms… which is where the band’s second album, Where the Ocean Meets the Sky, comes in.

Whether it’s the seething blend of menace and melody, aggression and atmosphere, which characterises attention-grabbing opener “Cascading Darkness”, the pensive, progressive undercurrents of “All Noble Deeds Are Touched with Melancholy”, or the storm-driven intensity of “Vigil”, this album is one heck of an impressive piece of work, from start to finish, reminiscent in places of both the proggy ambition of Iskald and the scintillating style of latter-day Vreid, but with a distinctive voice and a creative vision which is very much its own.

I honestly can’t praise this one enough, as every aspect of the record, from the eloquent intertwining of clean and harsh vocals, to the endlessly captivating array of guitar leads which litter each track, to the potent yet restrained performance of Tony Lake behind the kit (not to mention the impressively nuanced and nimble bass work provided by Chris Kendell), showcases a band who have gone the extra mile to fulfill all the nascent promise and potential of their debut, and then some.

Not only that, but the sublime songwriting on display throughout this album (including during the three distinct, yet complementary, cuts which make up the album’s epic tripartite title-track) is absolutely second to none, which is a real testament to the group’s already impressive grasp of mood and dynamic.

Make no mistake about it, Where the Ocean Meets the Sky is absolutely brimming with that certain indefinable, impossible to duplicate “x-factor” which serves to separate the “also rans” from the “ones to watch”, and I fully expect it to make a not inconsiderable dent in more than a few EOTY lists come December… including, quite possibly, my own.

Better late than never… is one of our unofficial mottos at NCS. After all, there’s only a handful of “staff” writers here and, even with contributions from some of our regular (or, more accurately, irregular) contributors, we’re only able to cover a tiny fraction of the albums released each year.

Still, we try our best, and while this album was actually released back at the beginning of January, I’ve only just stumbled across it recently, just in time to include it in this edition of the “Best of British”.

Khatt Al Raml is the debut album by self-described “Post-Doom” three-piece Geomancer, and delivers five heavyweight cuts of gloomy grooves and bruising belligerence perfect for fans of Yob, Conan, Ahab, and their ilk.

The eponymous “Geomancer” opens things with a slew of slow-moving, sludge-soaked riffs and grimy, guttural vocals, interspersed here and there with moments of dark, doomy ambience and squalling feedback, which creep and crawls with sluggish menace and brooding malevolence for ten and a half morbid minutes, after which the lurching churn and chug of “Grief” takes things to an even more bleak and ominous place.

Following the eerie atmospheric interlude of “Visions”, the fearsome “Greed” ups the ante with an extra dose of heaviness, groove, and aggression which, when taken together, combine into what is probably the album’s best and most bombastic track, before the psychedelic melodies and hypnotic Post-Metal rhythms of “Sacrifice” bring the album to a fittingly compelling close.

Raw and rugged and still a little rough around the edges, Khatt Al Raml doesn’t necessarily reinvent the wheel, but it most definitely gives it a fresh new spin (pun intended). 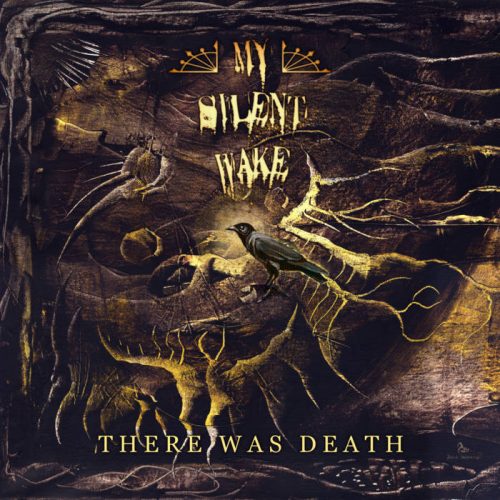 MY SILENT WAKE – THERE WAS DEATH

Always the bridesmaid, never the (My Dying) bride… that seems to sum up the career of prolific doom-mongers My Silent Wake so far.

Which is a damn shame because, over the course of a little more than a decade of existence, the band have produced some seriously tasty cuts of gothic Death-Gloom, with There Was Death being the band’s tenth(!) full-length album

Of course while the heavy influence of the infamous Peaceville Three is undeniable, the music here carefully sidesteps any accusations of being derivative by employing a more prominent keyboard presence and a much more aggressive approach (particularly in the vocals and drums) that carefully balances out all the expected doomy ambience and sombre atmosphere with a healthy dose of deathly intensity.

Opener “A Dying Man’s Wish” immediately shows off the many strengths of the band’s particular form of Death/Doom fusion, brimming with heavy riffs, haunting keys, and ghoulishly infectious hooks, all topped off with Ian Arkley’s gritty, gravel-throated vocals, while tracks like the pounding “Killing Flaw” and the viciously catchy “Walls Within Walls” seamlessly integrate and balance punchy Death Metal power and mournful proggy melody in gloriously grim and grandiose style.

As powerful and successful as this formula is, however, the band are careful not to overplay their hand, and endeavour to keep things from becoming stale by varying their strategy over the course of the album, so that songs such as the phenomenal “Ghosts of Parlous Lives” and emotionally-devastating closer “An End To Suffering” demonstrate how effective it can be to focus on the moodier, doomier, more melodic end of the scale, without neglecting or short-changing the hefty Death Metal side of their sound in the process.

And while it’s arguably ever so slightly too long for its own good (though, of course, you’re free to disagree with me on that point), ultimately There Was Death is another undeniably impressive entry in My Silent Wake’s ever-expanding catalogue of musical misery.